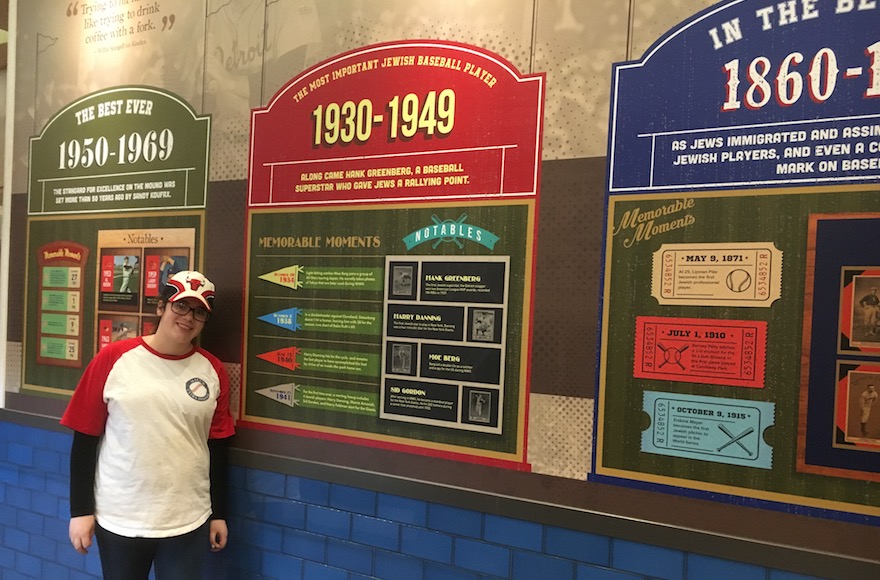 An exhibit at the Jewish baseball museum at Milt's Extra Innings in Chicago. At left is deli worker Zahava Auerbach. (Ellen Braunstein)
Advertisement

(JTA) — A kosher deli in Chicago that employs special needs workers and donates all of its profits to charity is closing.

Milt’s Extra Innings, which opened nearly a year and a half ago in the shadow of Wrigley Field on the city’s North Side, said it was closing on March 17, after “sales at MEI are not what we projected them to be,” owner Jeff Aeder said in a statement.

The small deli was located next to Milt’s Barbecue for the Perplexed, which is not closing and also employs special needs workers.

Profits from both eateries go to to Keshet, a Jewish agency serving children and adults with intellectual challenges in the Chicago area.

Aeder said his goals in opening the deli were “to create an environment where members of the Keshet GADOL family could grow and thrive in a work environment,” and “to provide a tasty and kosher alternative to Milt’s BBQ next door by offering healthy and quick deli delights. I feel strongly that we succeeded on both fronts.

“With all that said, some stark financial realities have set in. We have struggled to compete with the other options around us.”

Aeder added that “we are exploring plans to open a new business in the space that has a stronger financial outlook and would suit the emerging skill-set of many of our employees.”

His deli showcased some of the artifacts from Aeder’s  5,000-piece collection of Jewish baseball memorabilia, and included a mural timeline on a wall tracking the history of Jews in the sport from 1860 until today.