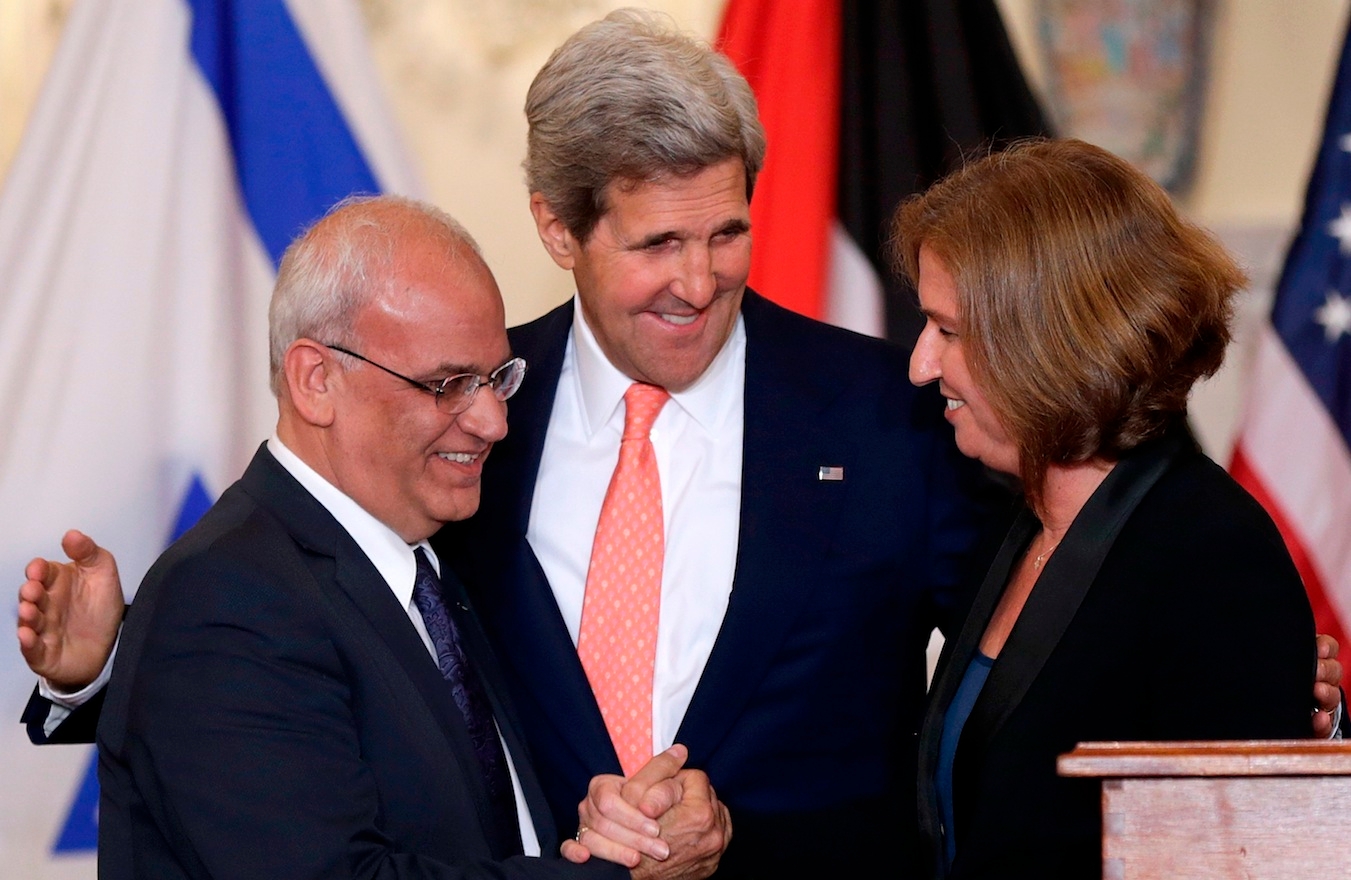 (JTA) — Saeb Erekat, the Palestinians’ chief negotiator, is bringing his expertise to Harvard.

Erekat will mentor students and give virtual seminars as a fellow in The Future of Diplomacy Project at the Kennedy School’s Belfer Center for Science and International Affairs.

Erekat, also the secretary general of the Executive Committee of the PLO, said in a 2014 interview with Al Jazeera that “I will never recognize Israel as a Jewish state.”

The Kennedy School — among the most prestigious graduate schools for public and social policy in the world — announced Erekat’s appointment last week. The other Fisher Family Fellows include Julie Bishop, chancellor of the Australian National University; Federica Mogherini, the high representative/vice president of the European Commission from 2014 to 2019; and Peter Wittig, who served nearly 40 years in the German Foreign Service.

The new fellows “will strengthen our capacity to learn the lessons of effective diplomacy and statecraft,” faculty chair Nicholas Burns said, according to the watchdog group Honest Reporting.

Harvard announced last month that it would provide only online learning for the fall semester. The announcement said the fellows will visit the Ivy League university’s Boston-area campus in the spring to lead study groups on topics of their expertise, including the Israeli-Palestinian conflict.

Erekat’s appointment was criticized on Twitter by the Israel advocacy groups CAMERA on Campus and The Simon Wiesenthal Center, among others.

Erekat has been involved in every Israeli-Palestinian peace negotiation since 2000, according to Honest Reporting, which said he has misstated facts and accused Israel of assassinating former Palestinian leader Yasser Arafat.

“Tomorrow’s leaders should be presented with a true, fair and balanced perspective about conflicts so that they may develop their own opinions,” the watchdog group said.