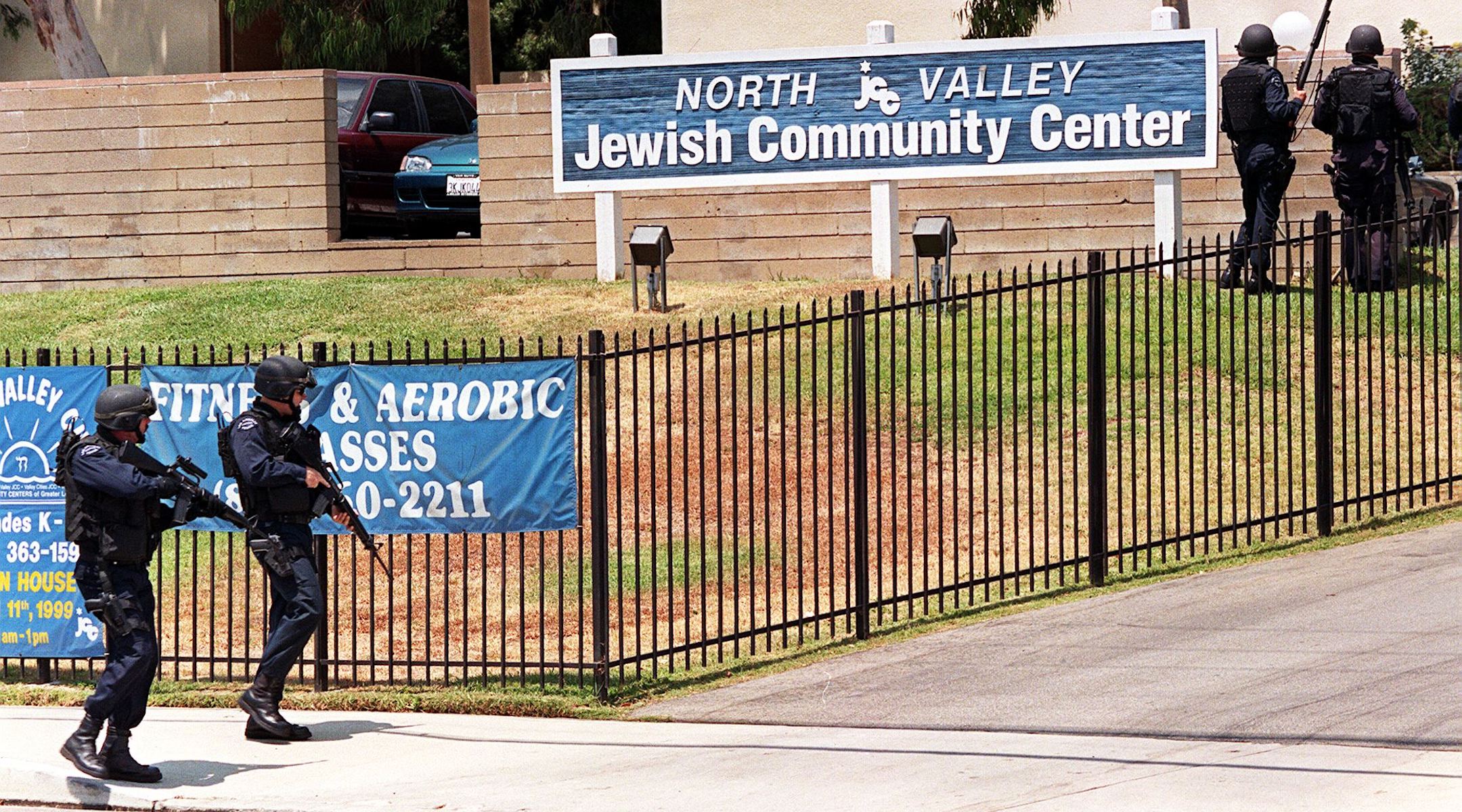 (JTA) — Ben Kadish, who was 5 years old when he was shot and nearly killed by a white supremacist at a Los Angeles JCC, visited the hospital that saved him to mark the 20th anniversary of the attack.

“Ben was a kindergartner when he came to us 20 years ago. No pulse, no blood pressure — a 5-year-old clinging to life,” trauma surgeon Dr. Richard More of Providence Holy Cross Medical Center in Mission Hills told KTLA on Wednesday.

Kadish, now 25, met the nurse and paramedic who helped save his life.

“We don’t get to see what happens … we never get to see them again,” nurse Cathy Carter said. “It’s such a pleasure.”

Five people, including other children, were injured during the attack on the North Valley Jewish Community Center in Granada Hills in August 1999 by a white supremacist, Buford Furrow Jr. of Tacoma, Washington. Furrow also killed a Filipino-American mailman. He told police he wanted to kill Jews as “wake-up call to America.”

Kadish, who is studying real estate, said he is reminded of the attack every time he sees or hears an ambulance.

He has reached out to victims of other shootings to offer support, most recently to those involved in the El Paso and Dayton shootings.

“It’s hard to say everything is going to be OK because nothing is changing on the gun side of things,” Kadish told the Orange County Register. “It’s a matter of when, it’s not a matter of if. Twenty years ago, when my shooting happened, it was a matter of if, not when.”