‘Chop off their heads,’ children sing at a Muslim center’s event in Philly 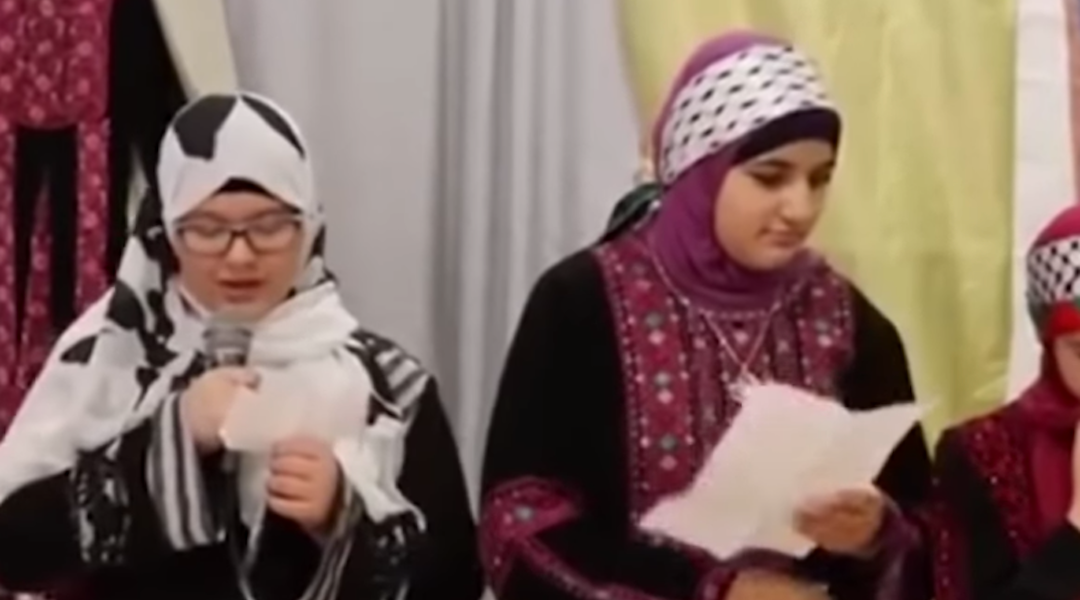 (JTA) — Children at a Muslim center in Philadelphia sing they will “chop off their heads” — an apparent reference to Jews — in a video uploaded by the center to Facebook.

The Philadelphia Commission on Human Relations is investigating the April 17 program at the Muslim American Society’s chapter in the city, The Associated Press reported.

The Middle East Media Research Institute posted a translation of the video on Friday.

The children in the program, from young kids to early teens, are wearing Palestinian scarves. They sing in one of the lyrics, as translated by MEMRI: “We will chop off their heads, and we will liberate the sorrowful and exalted Al-Aqsa Mosque. We will lead the army of Allah fulfilling His promise, and we will subject them to eternal torture.”

The lyrics refer to Israel’s closure of a building in Jerusalem in February, known to Jews as the Temple Mount and by Muslims as the Noble Sanctuary. The compound, home to the Al-Aqsa Mosque and the Dome of the Rock, is the third-holiest Islam site and the holiest site of Judaism.

The children also say they will “defend Palestine with their bodies and “liberate our lands.”

The Al-Hidaya mosque, which also meets in the Muslim American Society’s building, asked the society to hold a “workshop on diversity and religious tolerance” to help “members of the immigrant Muslim community have a better understanding of Jewish sensitivities and anti-Semitism, so that events like this don’t repeat themselves.”

The school told AP that it dismissed the person in charge of the program, the Muslim American Society’s executive director, Ayman Hammous.