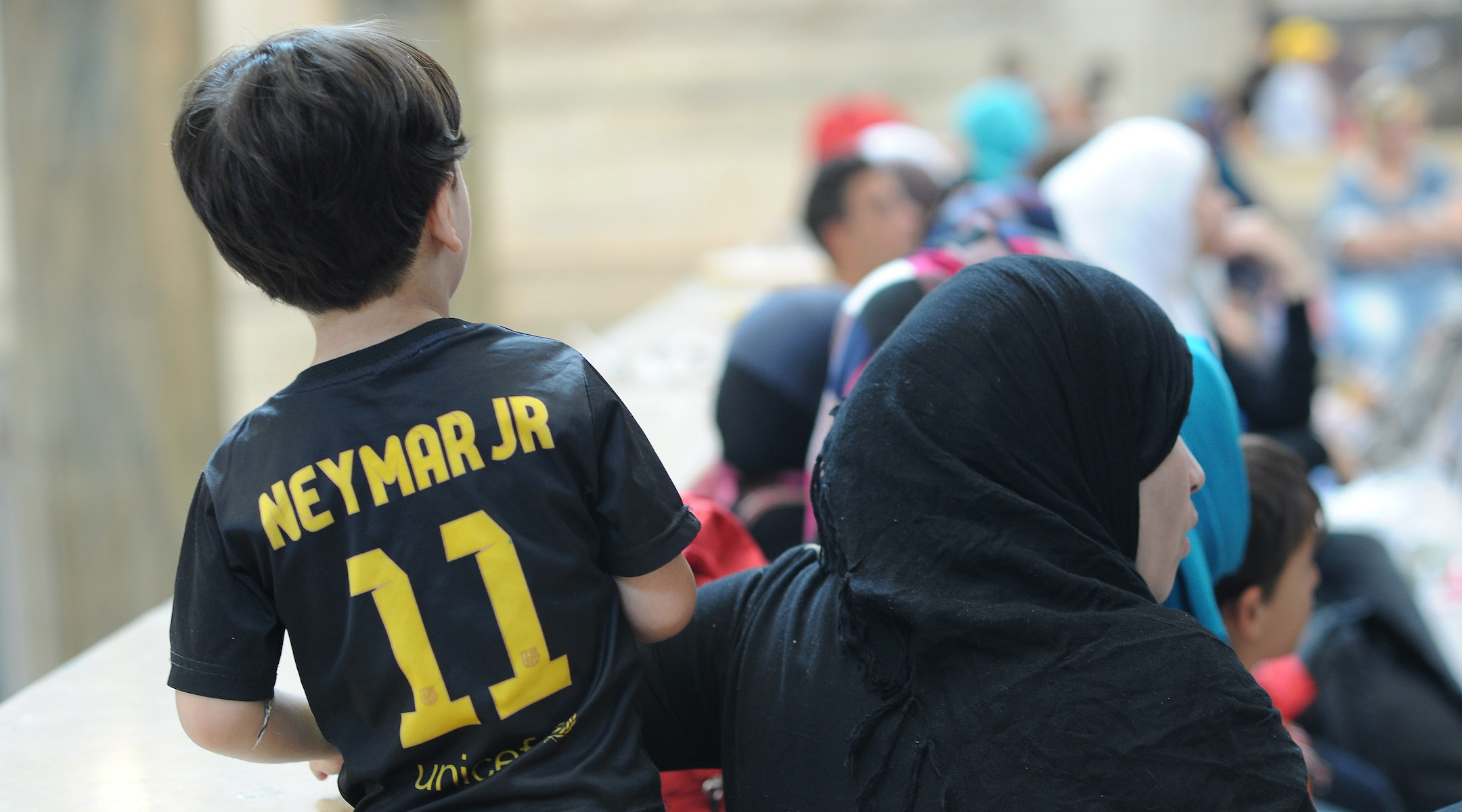 (JTA) — Christians and Jews in Milan, Italy, are jointly hosting a Muslim family that fled from the fighting in Syria.

The family of seven from Aleppo immigrated to Italy legally as asylum seekers and are being hosted at an apartment in Milan by the Union of Italian Jewish Communities and the Jewish Community of Milan.

The newcomers’ immigration process is part of a project that started in 2016 by three Christian organizations, the ANSA news agency reported last week. The family was not named.

Giorgio Mortara, vice president of the national Jewish union, said that organization decided to get involved because there are “many passages in the Torah that refer to the obligation to help others, strangers.”

In 2015, Milan’s Holocaust museum briefly opened its doors and housed refugees from Africa. That year, about 2 million immigrants came to Europe, mostly from the war-torn Middle East.

“We see what is happening in France, we’re worried,” he said of a spike in anti-Semitic violence that French-Jewish watchdogs attribute to Muslim extremism. Romano said he favors helping would-be immigrants in their home countries when possible.

In 2017, a Syrian asylum seeker in Amsterdam smashed the windows of a kosher restaurant. Another asylum seeker participated in the attempted torching of a synagogue in Sweden that year.