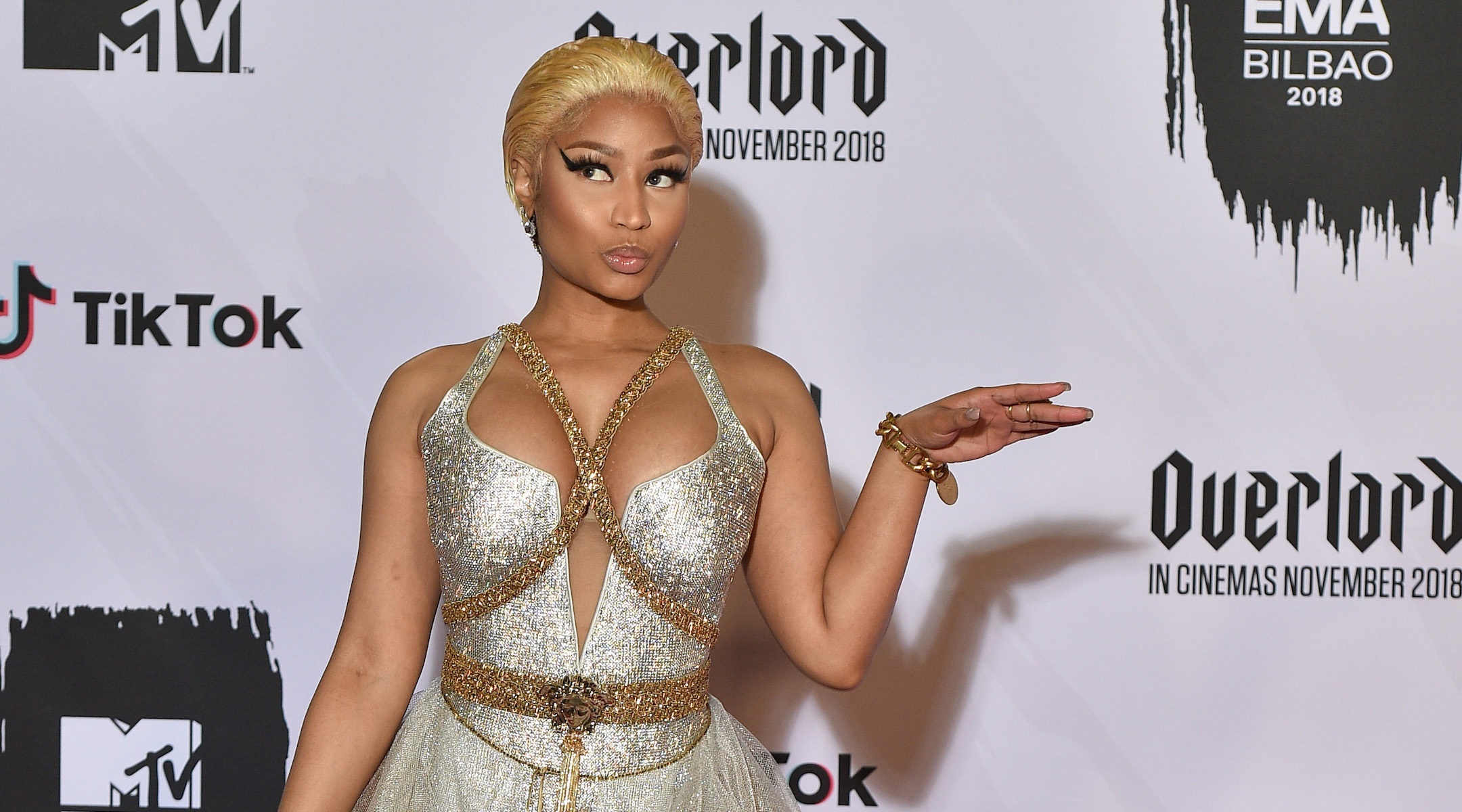 That’s what the rap star told her manager, noted music executive Irving Azoff, when he asked her during a recent event about what has influenced her beyond the hip-hop world.

She added, “They’re like black people — like, they say whatever the f— they want to say. I’m like, what is it that makes me love Judge Judy and Larry David so much? It must be a Jewish thing.”

“Call Larry [David], get her on the show, right now!” Azoff said to his son in the crowd at the conference held by Pollstar, a concert industry trade publication. He was referring to David’s HBO comedy “Curb Your Enthusiasm,” which recently began its 10th season.

“Please do that,” Minaj said.