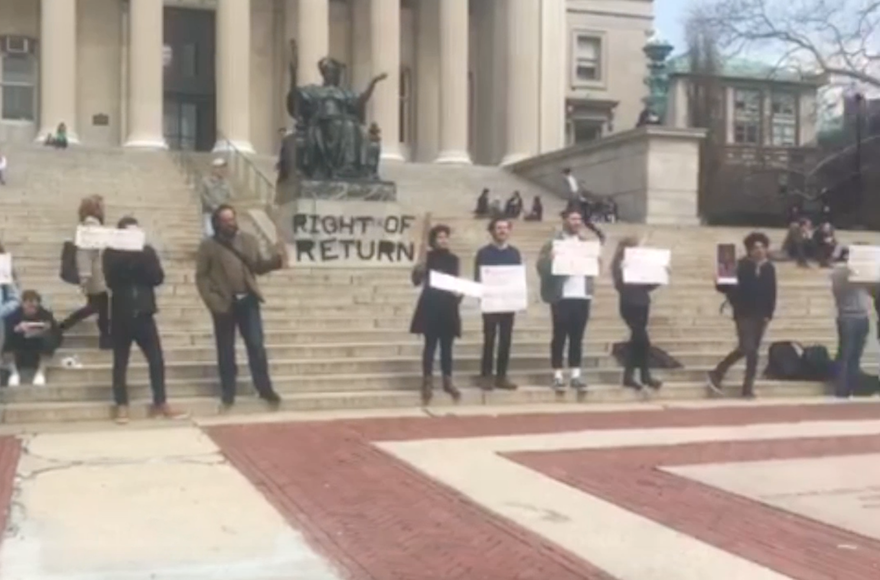 (JTA) — A student council at a Columbia University college voted down holding a referendum to determine student support for the Boycott, Divestment and Sanctions movement against Israel.

The Columbia College Student Council voted Sunday night on the resolution following a four-hour meeting with over 150 spectators, the student newspaper The Columbia Spectator reported. Two representatives had threatened to quit the council if the vote on holding a referendum passed.

The vote, which was anonymous, was 20 council members against a referendum and 17 in favor, with the council president, senior Jordan Singer, abstaining. The resolution needed a two-thirds majority to pass.

A similar referendum was voted down by the council in April 2017.

Last spring, the Barnard College Student Government Association added a referendum on support for Columbia University Apartheid Divest’s campaign to divest from companies that “profit from or engage in the State of Israel’s treatment of Palestinians.” That referendum passed with a 64.3 majority, according to the Spectator, although the president of Barnard said before the election that she would not consider the results. The vote caused Jewish students to feel targeted, according to the report.

Barnard is a women’s-only college affiliated with Columbia.