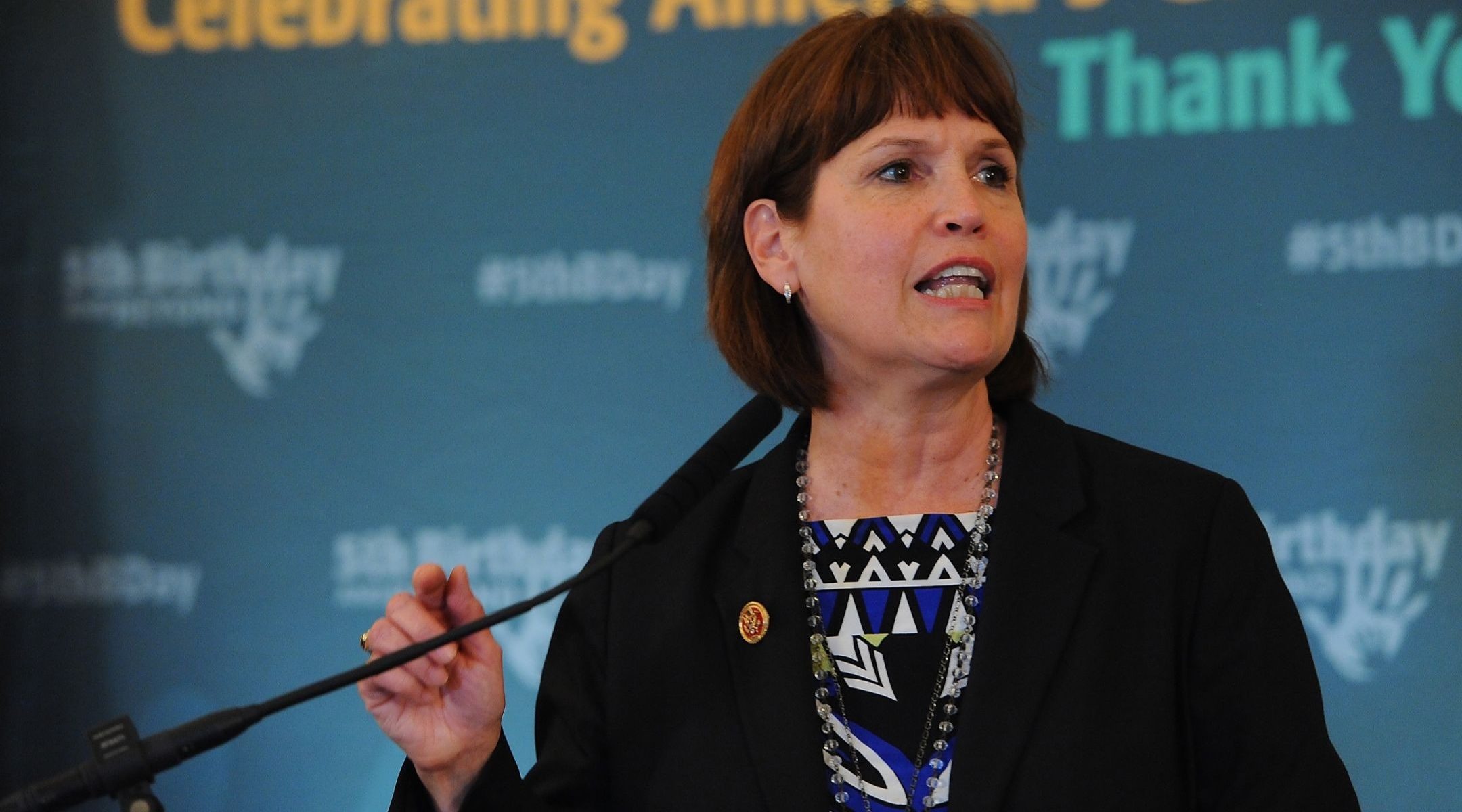 WASHINGTON (JTA) — A Minnesota congresswoman called AIPAC a “hate group” inciting against her after the Israel lobby featured her in an attack ad.

“AIPAC claims to be a bipartisan organization, but its use of hate speech actually makes it a hate group,” U.S. Rep. Betty McCollum, a Democrat, said Wednesday in a statement. “By weaponizing anti-Semitism and hate to silence debate, AIPAC is taunting Democrats and mocking our core values.”

The American Israel Public Affairs Committee declined to comment. The lobby removed and apologized last week for at least two Facebook ads that slammed “radical” Democrats in Congress, and altered an online petition that said Israel’s harshest critics in Congress pose a threat “maybe more sinister” than ISIS and other terror groups.

On Twitter, McCollum rejected what she called AIPAC’s “non-apology.” In its statement of apology, AIPAC said the ad was poorly worded” and “inflammatory,” but also said it “alluded to a genuine concern of many pro-Israel Democrats about a small but growing group, in and out of Congress, that is deliberately working to erode the bipartisan consensus.”

One of the ads was illustrated by a collage of three of Israel’s toughest critics in Congress, including McCollum, who is the lead sponsor of a bill that would link Israel’s assistance to its treatment of Palestinian juvenile detainees.

McCollum publicly rebuked AIPAC in 2006 after a lay leader of the group lashed out at her for backing funding for the Palestinians.