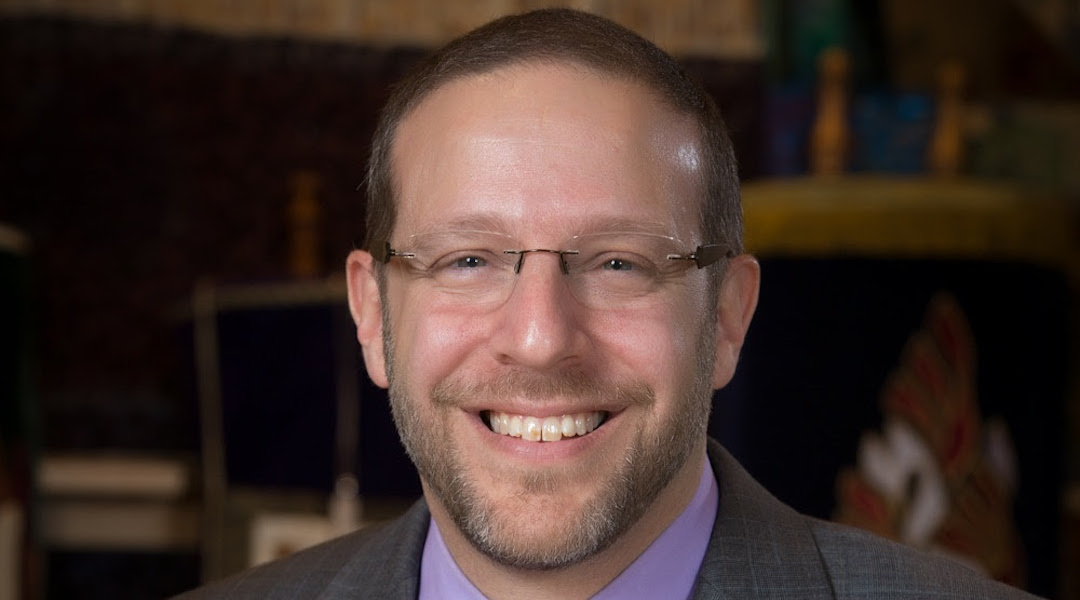 Blumenthal, the spiritual leader at Shaare Torah in Gaithersburg, Maryland, will start in July, the organization announced Thursday.

He succeeds Rabbi Julie Schonfeld, the first woman to serve as chief executive of a major rabbinical organization. She announced in March 2018 that she was stepping down.

Blumenthal, 52, started working at Shaare Torah after being ordained by the Jewish Theological Seminary in 1999, when the synagogue was in its startup phase. The congregation now counts 300 families among its members.

In addition to his congregational work, Blumenthal has served on various committees in the Rabbinical Assembly. He helped create a Camp Ramah day camp in Washington, D.C., and the Jewish Millennials Engagement Project, an initiative to reach out to young Jews.
Rabbinical Assembly President Rabbi Debra Newman Kamin praised Blumenthal in a statement, calling him “someone who will make a real impact on our rabbis and our global movement.”
Rabbis Harold Kravitz and Cheryl Peretz, who served as co-chairs of the selection committee, said they “believe Jacob has the ability to look at innovative ways to move forward our movement and its rabbis. “