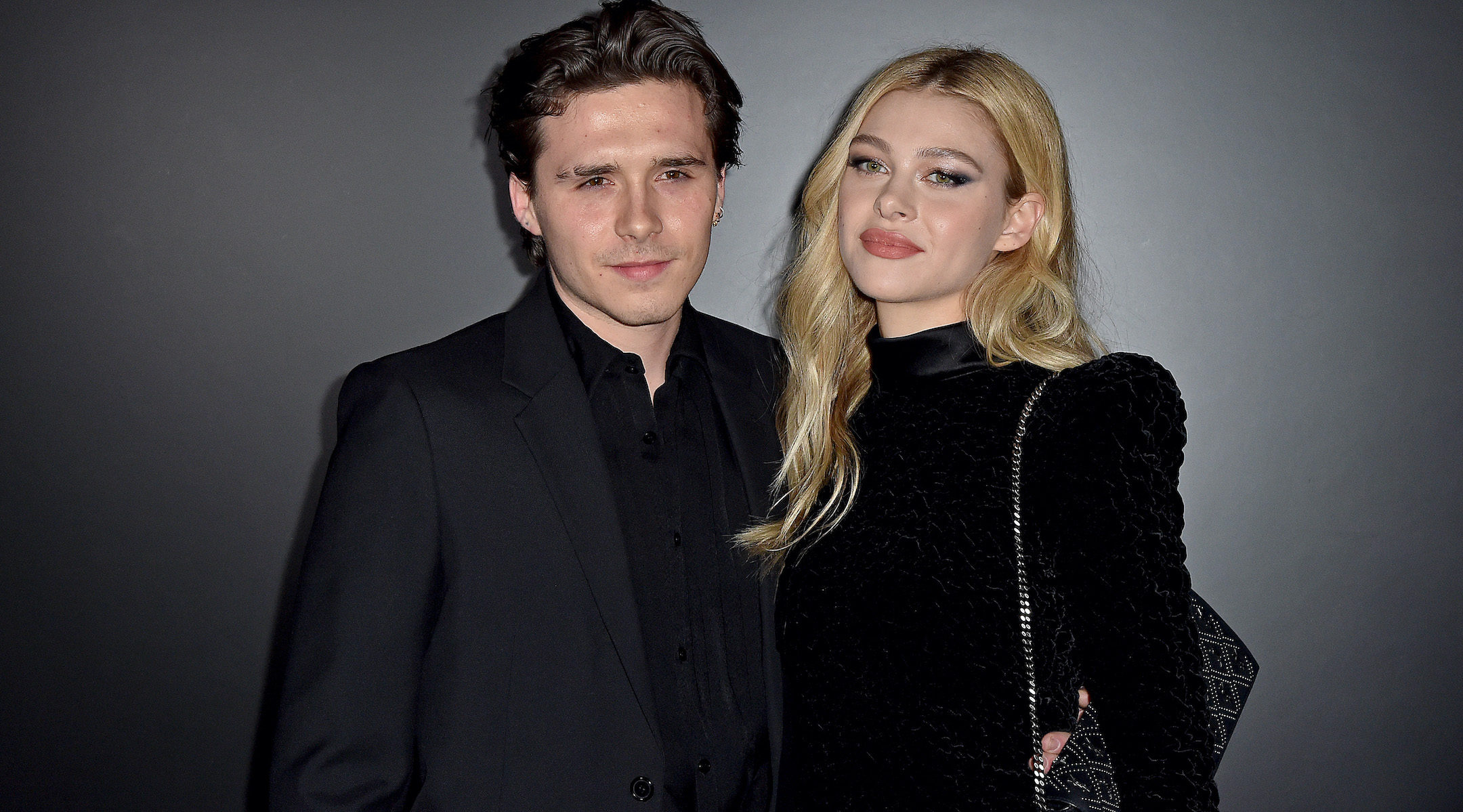 (JTA) — The marriage of Brooklyn Beckham, son of David and Victoria, to actress Nicola Peltz apparently will be a Jewish affair.

The Daily Mirror British tabloid reported Saturday that “Brooklyn, who ­announced his ­engagement last week, has told pals the pair are likely to follow ­traditions such as marrying under a chuppah – wedding canopy – signing a ketubah – ­marriage contract – and even smashing the odd wine glass.” The pair will have two ceremonies, in the United Kingdom and the United States.

Beckham, 21, and Peltz, 25, bonded over their Jewish heritage when they started dating last fall, the publication wrote. David Beckham, the former British soccer star, has often identified as Jewish because of a Jewish grandfather. Peltz’s father, Nelson, is a Jewish-American billionaire businessman who, according to The Daily Mirror, spent well over a million dollars on the 2016 bar mitzvah of his twin sons.

Like his father, Beckham has a tattoo of the phrase “I am my beloved’s and my beloved is mine,” which is a Jewish line from the Old Testament, The Daily Mirror reports.

Beckham, the oldest of four children of David Beckham and his wife, the former Spice Girl Victoria, is a model and amateur photographer.

Peltz is best known for starring in the 2014 movie “Transformers: Age of Extinction.”