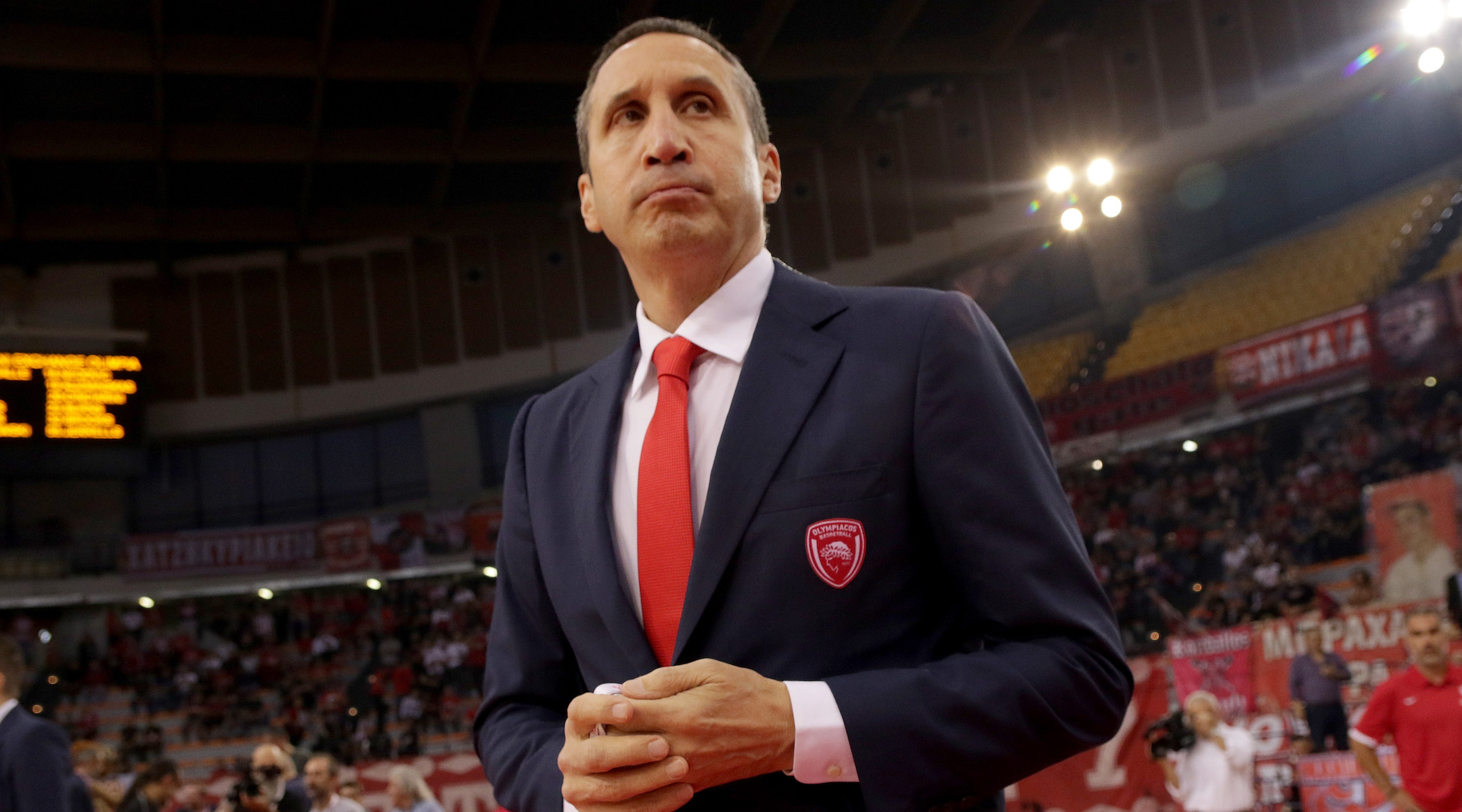 JERUSALEM (JTA) — David Blatt, the former NBA and Israeli basketball coach, will step down as head coach of the Greek Olympiacos team.

The announcement comes less than two months after Blatt announced that he has been diagnosed with multiple sclerosis. Blatt was starting his second season as coach of the Euroleague squad, one of the top teams in Greece.

“After a long and respectful discussion between the owners and myself, our two parties have decided it’s in the best interest of both sides to part ways,” Blatt said in the Olympiacos announcement on its website. “My time in Greece with Olympiacos has been meaningful and significant in many ways.”

The Athens-based team, which finished 15-15 last season under Blatt and barely missed the playoffs, called the separation a “consensual termination of cooperation.”

“It is a difficult moment for everyone since we part ways with a great coach, but most of all a wonderful person,” Olympiacos said in the announcement. “We have had the honor to work with one of the biggest figures of world basketball and we have gained a lot from his presence in our team.”

Blatt was fired in 2016 by the NBA’s Cleveland Cavaliers after leading the club, powered by the return of star LeBron James, to the 2015 NBA Finals, where they lost to the Golden State Warriors in six games. He was hired by the Cavaliers because of his success coaching Israel’s Maccabi Tel Aviv and a number of European teams.