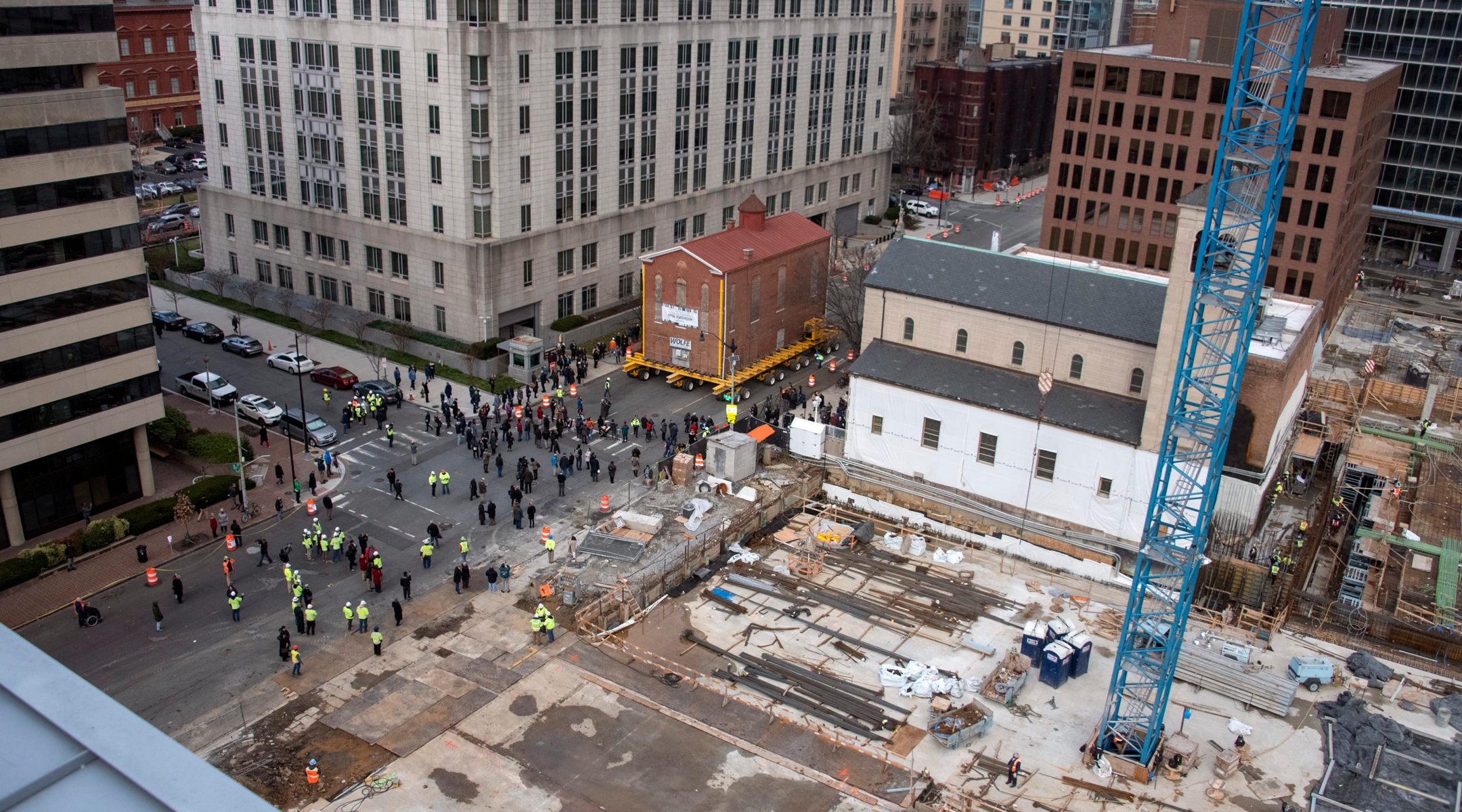 WASHINGTON (JTA) — The oldest synagogue in Washington, D.C., is on the move again — the third time in 50 years after spending nearly a century in its original home.

The building inaugurated in 1876 was moved to a site where it will be a part of the Capital Jewish Museum.

Workers used dollies to move the structure on Wednesday a block and a half to the corner of 3rd and F streets in Washington’s Northwest quadrant.

The Adas Israel building, originally located at 6th and G, where it was inaugurated by President Ulysses S. Grant, moved three blocks in 1969 to make way for the new headquarters of the Washington Metropolitan Area Transit Authority (Metro), and again, 50 feet, in 2016 for a major development, the Capitol Crossing.

The move took two hours and was attended by city officials and rabbis, who delivered the traveling prayer before movers set the building on its way.