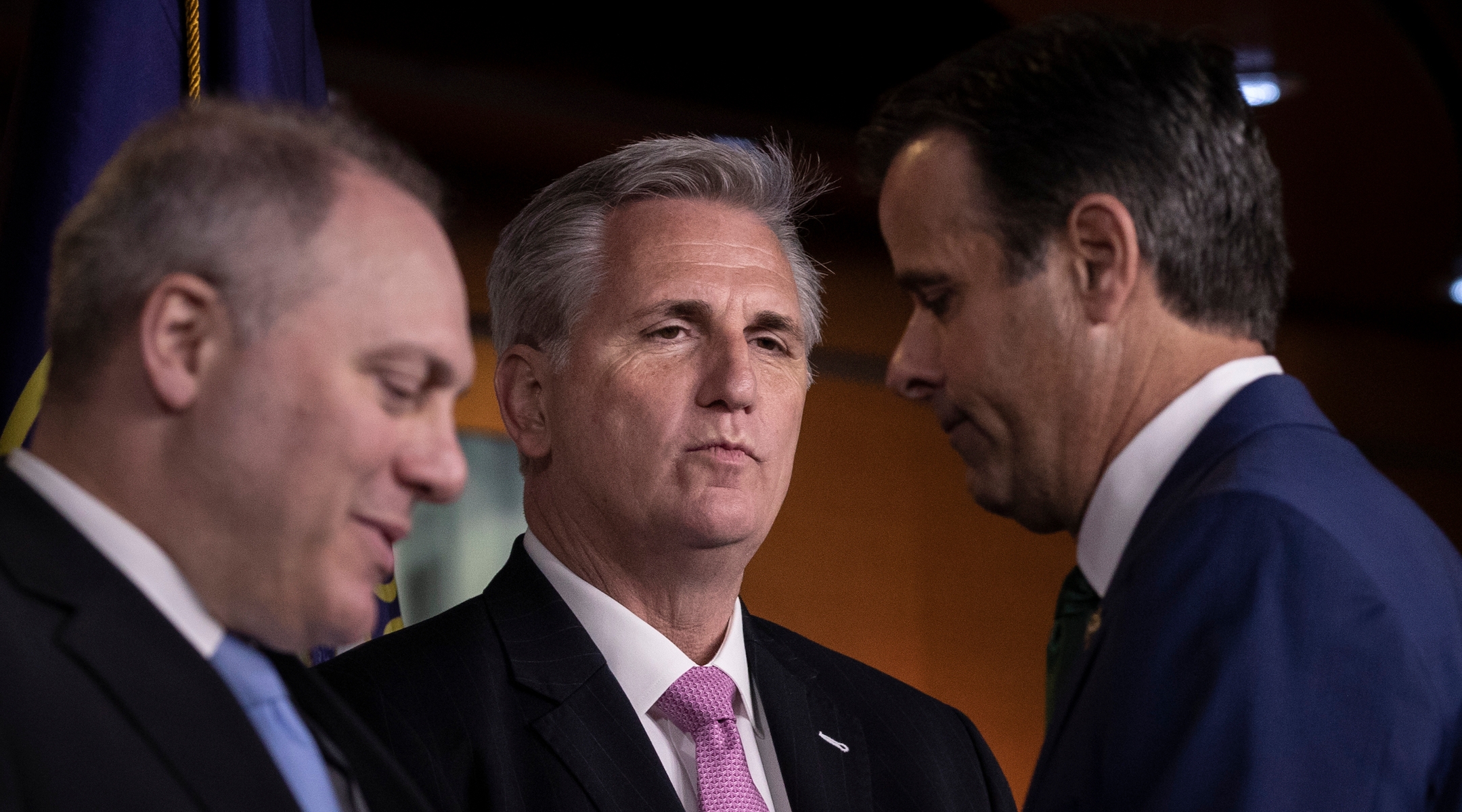 (JTA) — Democrats rejected a Republican bid to make an anti-Yemen war bill about the Israel boycott movement. How they got there takes some explaining.

The Democratic-led House on Thursday voted 247-175 to pass a bill that would end U.S. support for Saudi Arabia’s war in Yemen. President Donald Trump sees Saudi Arabia as one of the closest U.S. allies and is likely to veto the bill. Even if he does, it represents a major domestic rebuke of his Middle East policy.

Republicans in the House couldn’t scuttle the bill, but instead used the inevitable yes vote to box Democrats into a corner: The GOP members exercised a maneuver, called a motion to recommit, in an effort to attach to the bill unrelated language condemning the Boycott, Divestment and Sanctions movement targeting Israel.

Democrats don’t want to be seen as anti-Israel or soft on anti-Semitism. Nevertheless, they also knew that according to parliamentary rules, any bill that includes language irrelevant to its main subject requires the bill to get approval by the Senate — these days, Republican-led.

Sen. Mitch McConnell, R-Ky., then used the attached anti-Semitism language as a pretext, under parliamentary rules, to quash the bill. Democrats swore that this time they would defeat the motion to recommit so the Yemen bill would pass.

And indeed, all but five Democrats voted against the motion to recommit so a “clean” version of the Yemen bill could move forward.

As expected, Republicans immediately seized on the opportunity to depict Democrats as anti-Israel.

“Every single Democrat but five voted against Israel and voted to allow the BDS movement to grow,” Minority Leader Kevin McCarthy of California said after the vote. “Today’s a sad day.”

McCarthy’s dig raises the specter that Republicans will use the vote against Democrats in the next election. It would be a risky move; Democrats could run ads noting that Republicans in February ultimately voted against a bill that condemned anti-Semitism.

Jewish Democrats were already pushing back against attempts to politicize the vote. Rep. Max Rose, D-N.Y., a moderate Democrat and a veteran, lashed out at McCarthy on Twitter.

“Americans have been murdered because they’re Jewish. When I was deployed, there were times I couldn’t say I was Jewish,” he said in response to Nicole Malliotakis, a Republican New York state legislator who mocked Rose and attached video of McCarthy’s statement. “Typical for you to lie about my support for Israel, but I’m not going to tolerate anyone using my faith like a game. Not now. Not ever.”

Rep. Mikie Sherrill, D-N.J., a Navy veteran and former prosecutor, said the focus should be on the crisis in Yemen, separate from her own and her colleagues’ support for Israel.

“Today, Congress reasserted its constitutional duty over authorizing the use of military force. I supported this overdue effort to bring an end to the terrible humanitarian crisis in Yemen,” she tweeted. “It is my hope that this is the first step towards a diplomatic solution to end a civil war that has claimed the lives of as many as 85,000 children and displaced 2.3 million people.”