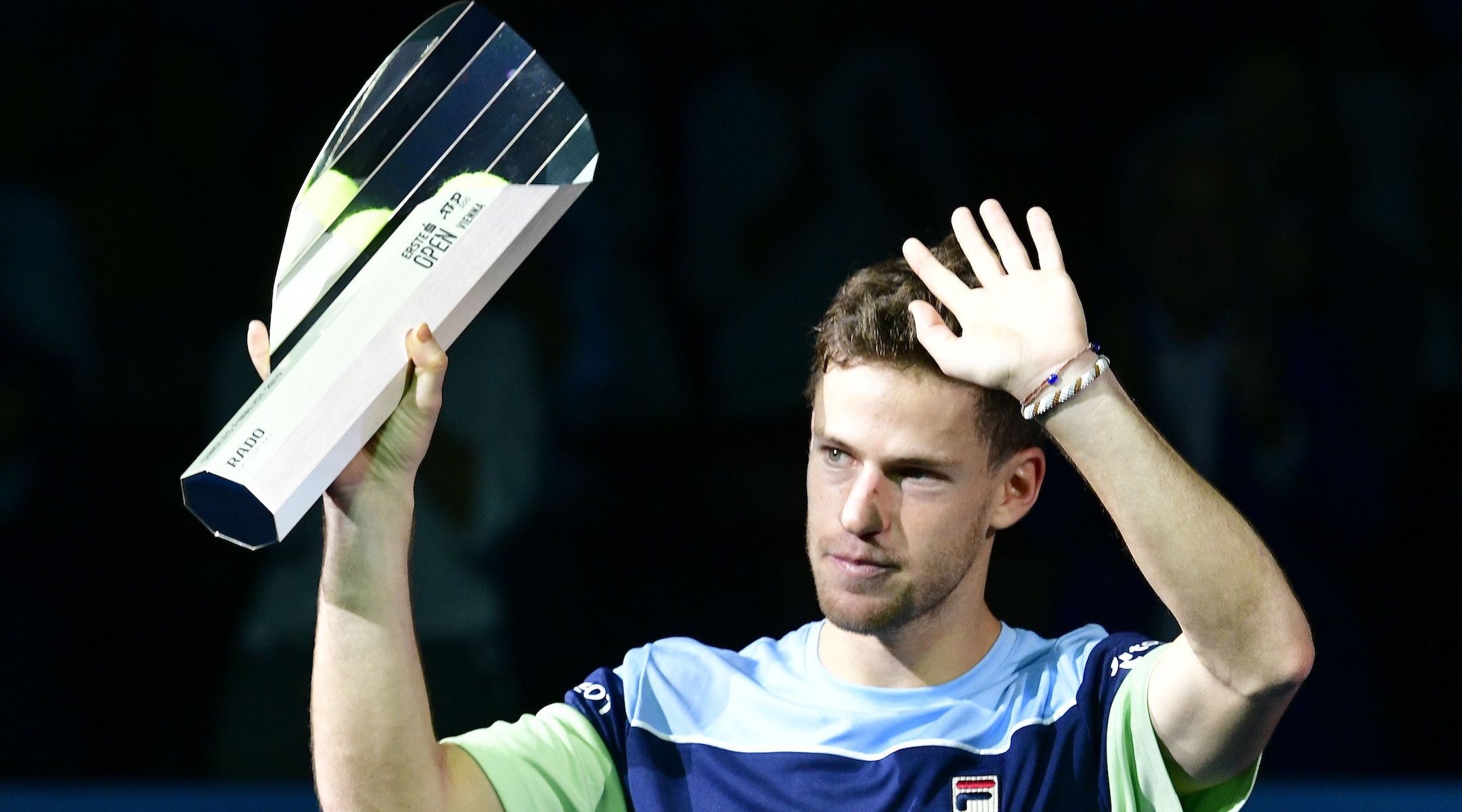 Top-seeded Dominic Thiem of Austria defeated Schwartzman, the No. 5 seed, in the finals, 3-6, 6-4, 6-3. The hometown favorite became the first Austrian to win the Vienna title since 2010.

Schwartzman, the highest-ranked Jewish tennis player, is now ranked 14th in the world.

After the final, Schwartzman said, “I am very happy because I have got the confidence again. I felt very good on court. The support of the people was crazy.”

He added, “After the first set he played so aggressive. He was better than me and that is why he won the title.”

It was Schwartzman’s third ATP tour finals this year; he placed second in Buenos Aires in February and won in Los Cabos in August.

After the tournament, he tweeted, “Thank you Vienna!!! Beautiful week”:

Up next for Schwartzman is the Paris Masters, an ATP Tour tournament that helps determine who will end the year as the world’s No. 1 and which eight players will play in the ATP Finals in London.