Dozens of Israelis detained for hours at Moscow airport 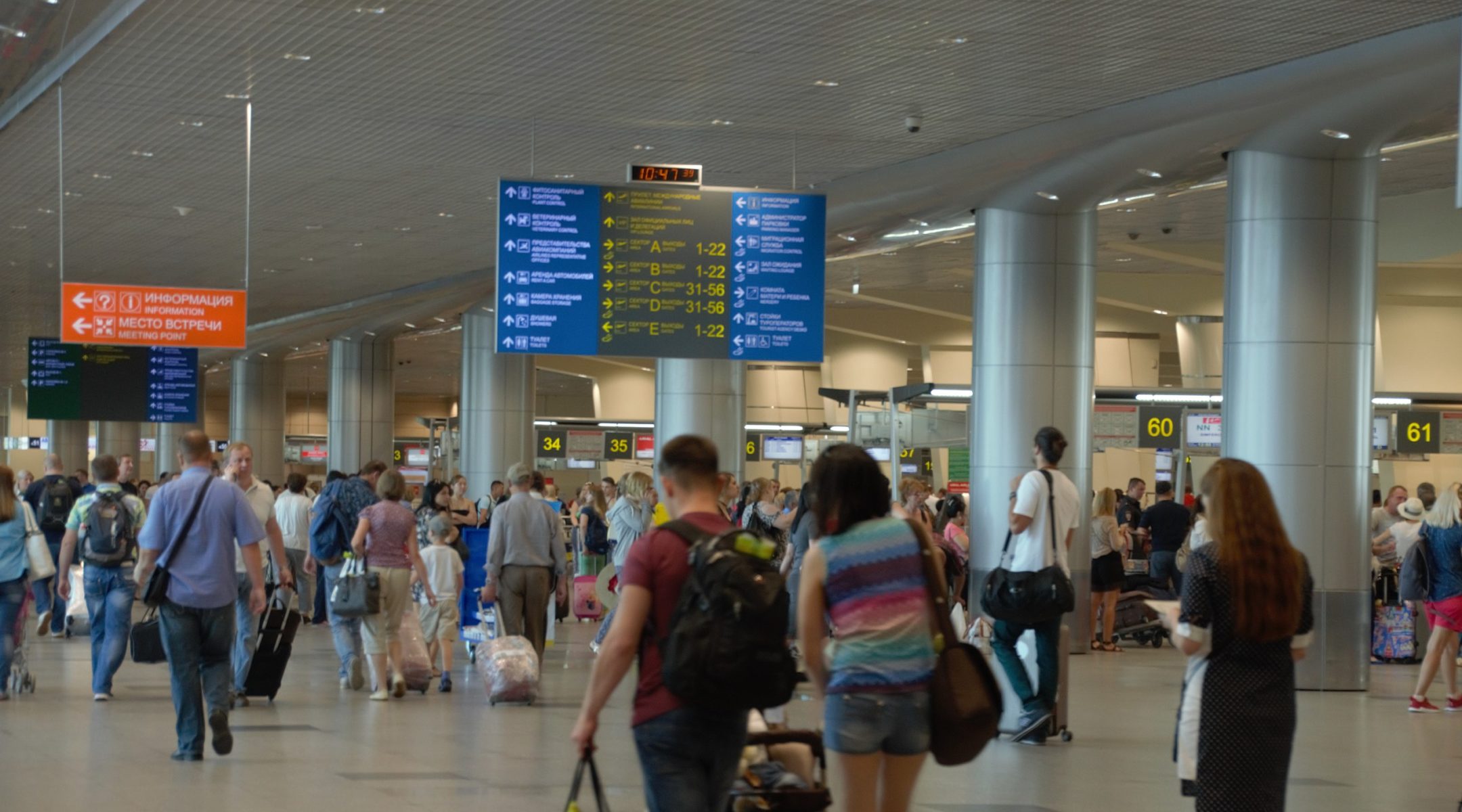 Nearly 50 Israelis were separated from the rest of the passengers on their flight and had their passports confiscated before being questioned by Russian officials at Domodedovo Airport, seen here. (Wikipedia)
Advertisement

JERUSALEM (JTA) — Nearly 50 Israeli citizens, including children, were detained for hours at a Moscow airport in apparent retaliation for Israel blocking the entry of thousands of Russian citizens.

Itamar Eichner, the diplomatic correspondent at the Hebrew daily Yediot Aharanot, was among those detained on Wednesday. Tweeting from Domodedovo Airport, he described how the Israelis on his flight were separated from the rest of the passengers and had their passports confiscated before being questioned by Russian officials.

By the end of the day, the Israeli Foreign Ministry reported that all but one of the detainees had been freed.

Last week, eight Israelis were briefly detained before being deported home, according to The Times of Israel, which cited a Hebrew-language news report that an Israeli diplomatic official had called the incident “revenge” for Israel blocking Russian travelers.

On Twitter, Eichner described one official telling him that the incident was retaliation for Israeli policy, stating that “around 3,000” were prevented from entering Israel “just in the first half of 2019.”

Reporting on the incident, Eichner wrote that the Russian Embassy in Israel told him that “5,771 Russian tourists were not allowed to enter Israel in 2019” and that “every day about 20 Russian tourists arriving in Israel on an organized trip are detained and sent back to Russia.”

About 4 1/2 hours after he was first detained, officials asked Eichner to sign a form written in Russian that he did not understand but believed to be part of an effort to prevent him from reporting on an appeal hearing in the case of Naama Issachar, an American-Israeli woman who was recently sentenced to more than seven years in Russian prison for marijuana smuggling. Russia had unsuccessfully tried exchanging her for Aleksey Burkov, a Russian hacker held in Israel set to be extradited to the United States.

Issachar’s appeal was rejected by a Russian court on Thursday.