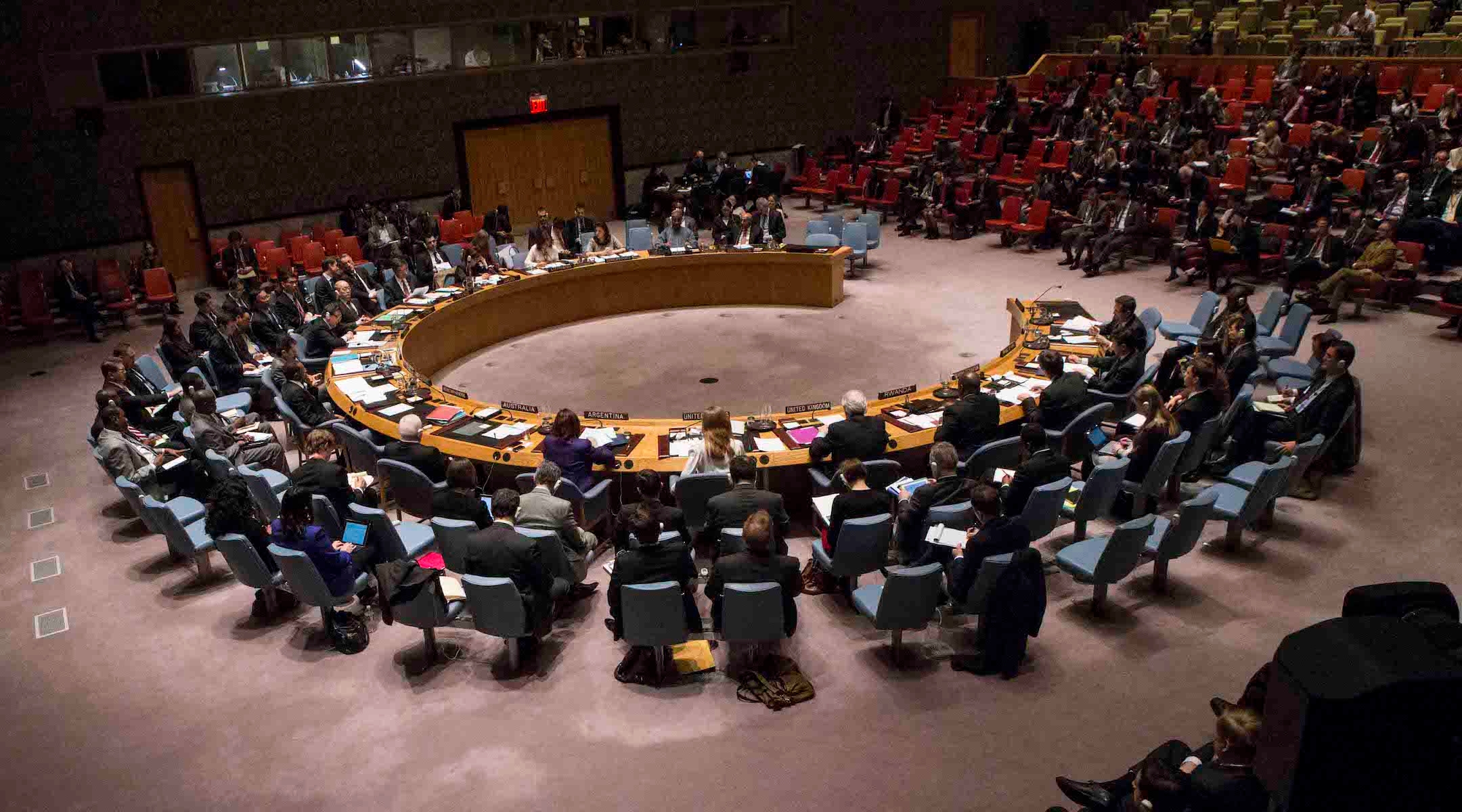 The text — a salvo against President Donald Trump’s Palestinian-Israeli peace plan announced last week in Washington, D.C. — is being circulated to the 15 member states of the Security Council by Tunisia and Indonesia, Reuters reported Wednesday.

The United States will likely veto the resolution.

Palestinian Authority President Mahmoud Abbas will address the Security Council about the plan next week.

The resolution “stresses the illegality of the annexation of any part” of the West Bank and “condemns recent statements calling for annexation by Israel,” according to Reuters. It also calls for more concerted international and regional efforts to launch “credible negotiations on all final status issues in the Middle East peace process without exception.”

White House adviser Jared Kushner, Trump’s son-in-law and a main architect of the peace plan, will brief members of the Security Council about the plan on Thursday.

The draft of the resolution can be taken from the Security Council to the full U.N. General Assembly for a vote by all 193 nations.