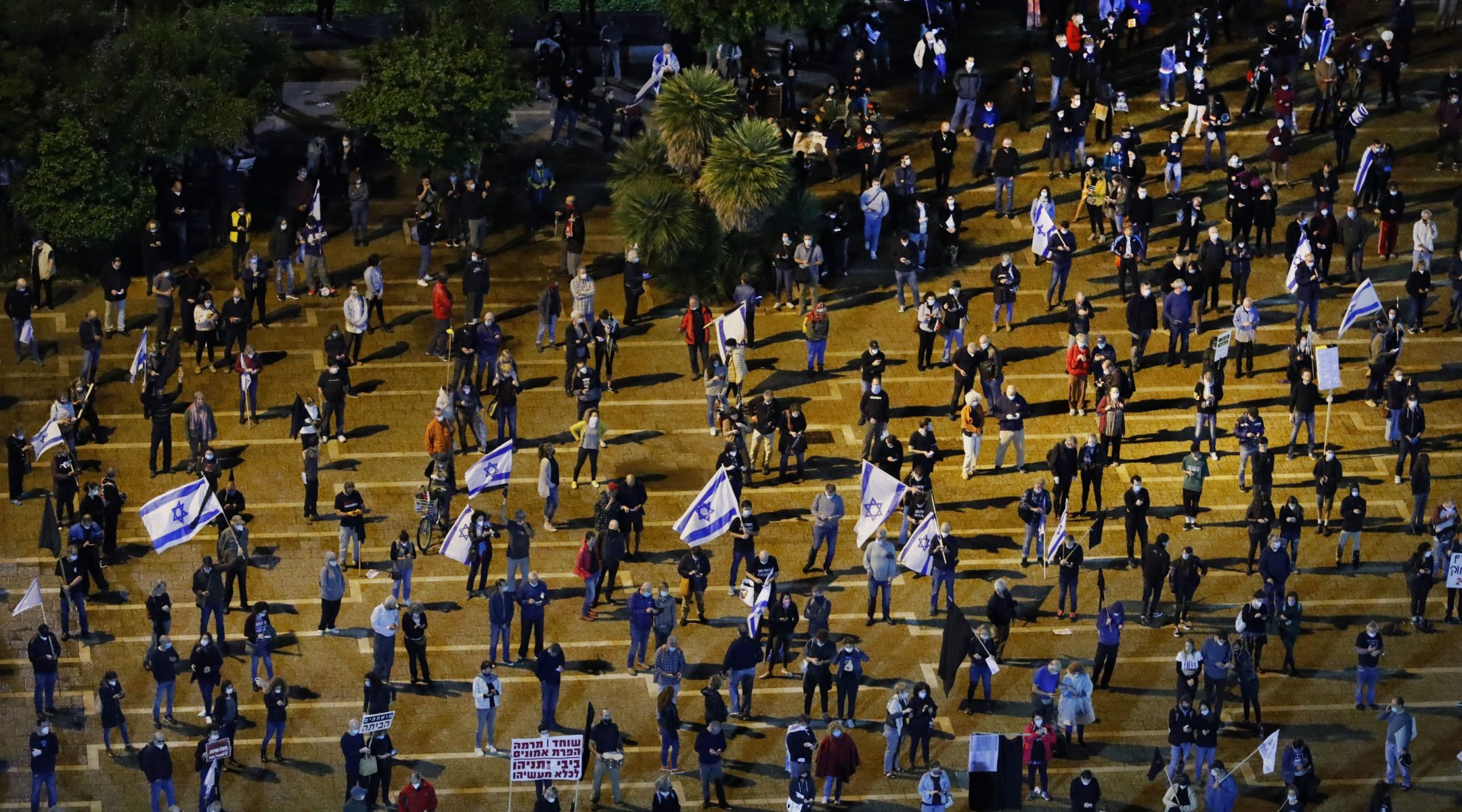 Israelis wearing protective masks and dressed mainly in black take part in a demonstration on April 25, 2020, in Tel Aviv's Rabin Square to protest what they consider threats to Israeli democracy. They stood 2 meters apart because of the coronavirus pandemic. (Photo by JACK GUEZ/AFP via Getty Images)
Advertisement

Waving black flags alongside Israeli flags, demonstrators protested the agreement that leaves Prime Minister Benjamin Netanyahu in power even though he will go on trial next month on corruption charges in three different cases. They believe the deal gives Netanyahu too much control over judicial appointments.