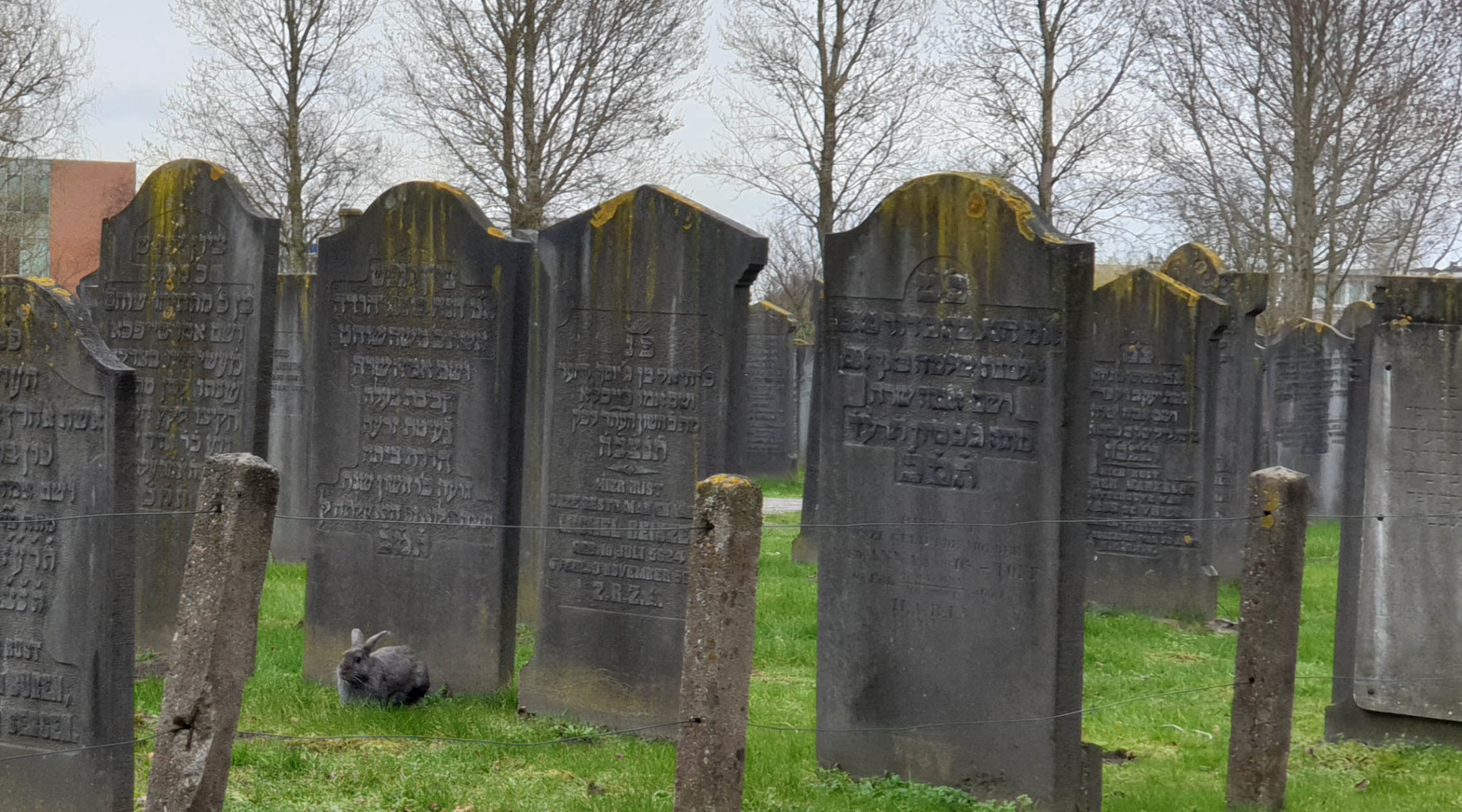 A bunny grazes at a Jewish cemetery in Haarlem, the Netherlands, March 8, 2019. (Cnaan Liphshiz)
Advertisement

AMSTERDAM (JTA) — The Dutch government has allocated $2.76 million toward the maintenance and restoration of Jewish cemeteries in the Netherlands.

Culture Minister Ingrid van Engelshoven announced the funding last week in a letter to the lower house of the parliament.

Local Jews have trouble maintaining the graves because the community’s numbers never recovered after the Holocaust. Dutch Jews suffered the highest death rate of any Western European country occupied by the Nazis, in part because of local collaboration.

Fewer than 40,000 Jews survived in a population of some 140,000, and fewer still returned to the Netherlands. Today there are about 45,000 Jews living in the kingdom, including more than 5,000 Israelis, according to the Organization of Jewish Communities in the Netherlands, or NIK.

Thus the small Dutch Jewish community is stretching its resources to maintain more communal property than it can handle.

“Jewish cemeteries are often the only remnant of Dutch-Jewish culture, which was largely destroyed in 1940-1945,” NIK said in a statement about the funding.

Especially “forgotten cemeteries or ones with an unusual character will be treated in the coming five years” with the new funding, NIK wrote.

The organization said it was “deeply satisfied with minister and the Ministry of Education, Culture and Science’s decision to address the issue” of neglected Jewish burial places.