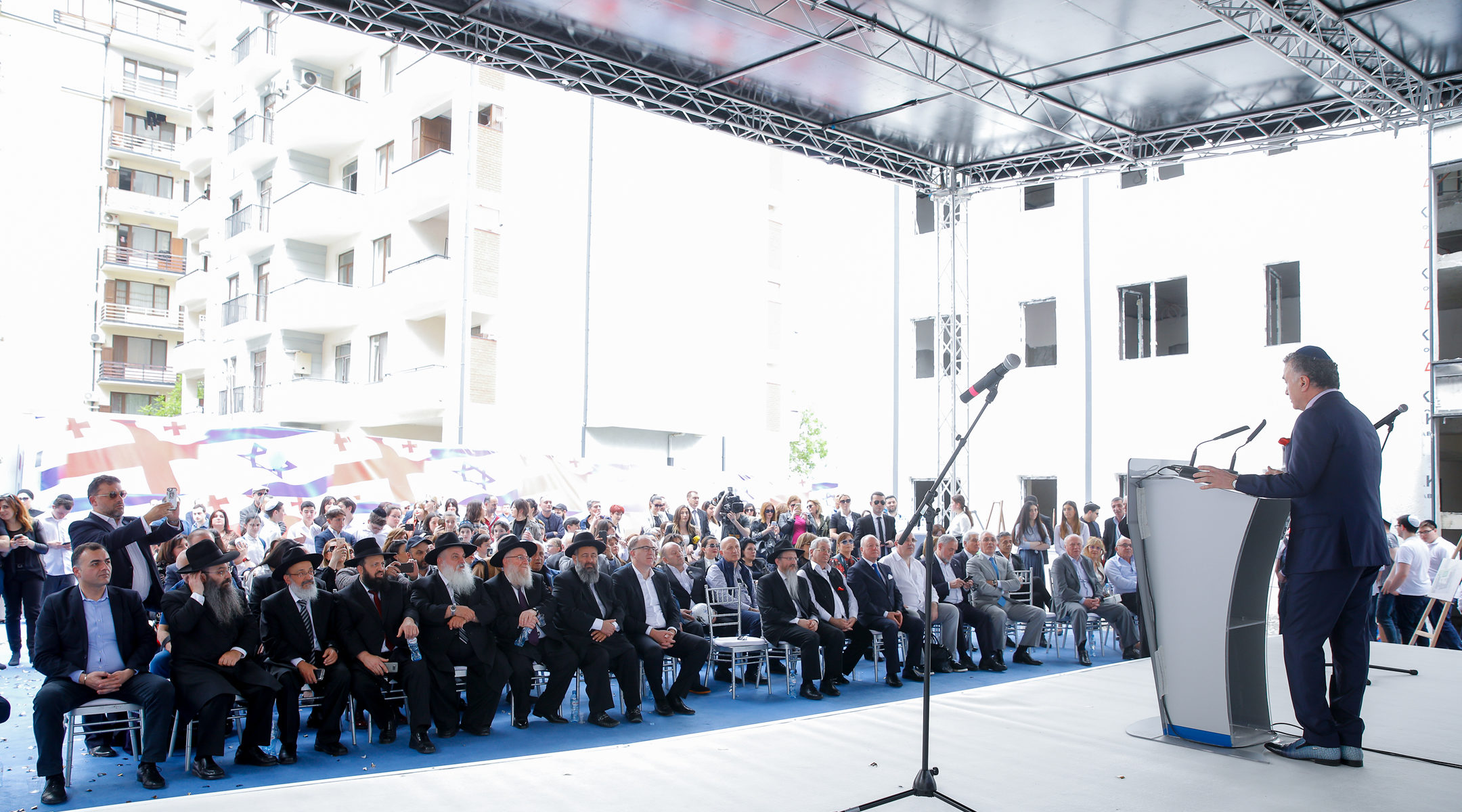 Michael Mirilashvili attending the opening of a new educational complex in Tblisi, Georgia on April 28. (Courtesy of the Euro-Asian Jewish Congress)
Advertisement

(JTA) — Jews in the Republic of Georgia celebrated the inauguration of a massive educational complex in the center of the capital Tbilisi on land gifted by the government.

The complex, boasting a floor space of more than 40,000 square feet, was opened last week and will begin serving in September the Jewish community’s various educational needs with about 260 pupils, according to the Euro-Asian Jewish Congress.

That organization and its president, Michael Mirilashvili, provided the bulk of the project’s overall cost of $2.2 million.

Tbilisi’s only Jewish school opened in 2004 by Rabbi Meir Kozlovsky, the emissary to that country of the Chabad movement, in a rented space. It had 24 pupils then. A kindergarten, which now has 43 children, followed. Another 150 children attend Sunday school there. These institutions will move into the new complex.

Georgia is home to some 4,000 Jews. Kozlovsky said that the new complex will help his mission of limiting assimilation.

Separately, Mirilashvili and other Jewish community leaders last week visited several central Asian countries for top-level meetings where they lobbied, among other things, for heads of states to move their embassies in Israel from the Tel Aviv area to Jerusalem, EAJC said in a statement.

The meetings included the president of Azerbaijan Ilham Aliyev and the prime minister and president of Georgia, Mamuka Bakhtadze and Salome Zourabichvili, respectively. They also met with the president of Kazakhstan, Kassym-Jomart Tokajev.

Co-leading the talks along with Mirilashvili were Robert Singer, the CEO of the World Jewish Congress, and Aaron Frenkel, chair of EAJC Governing Board.