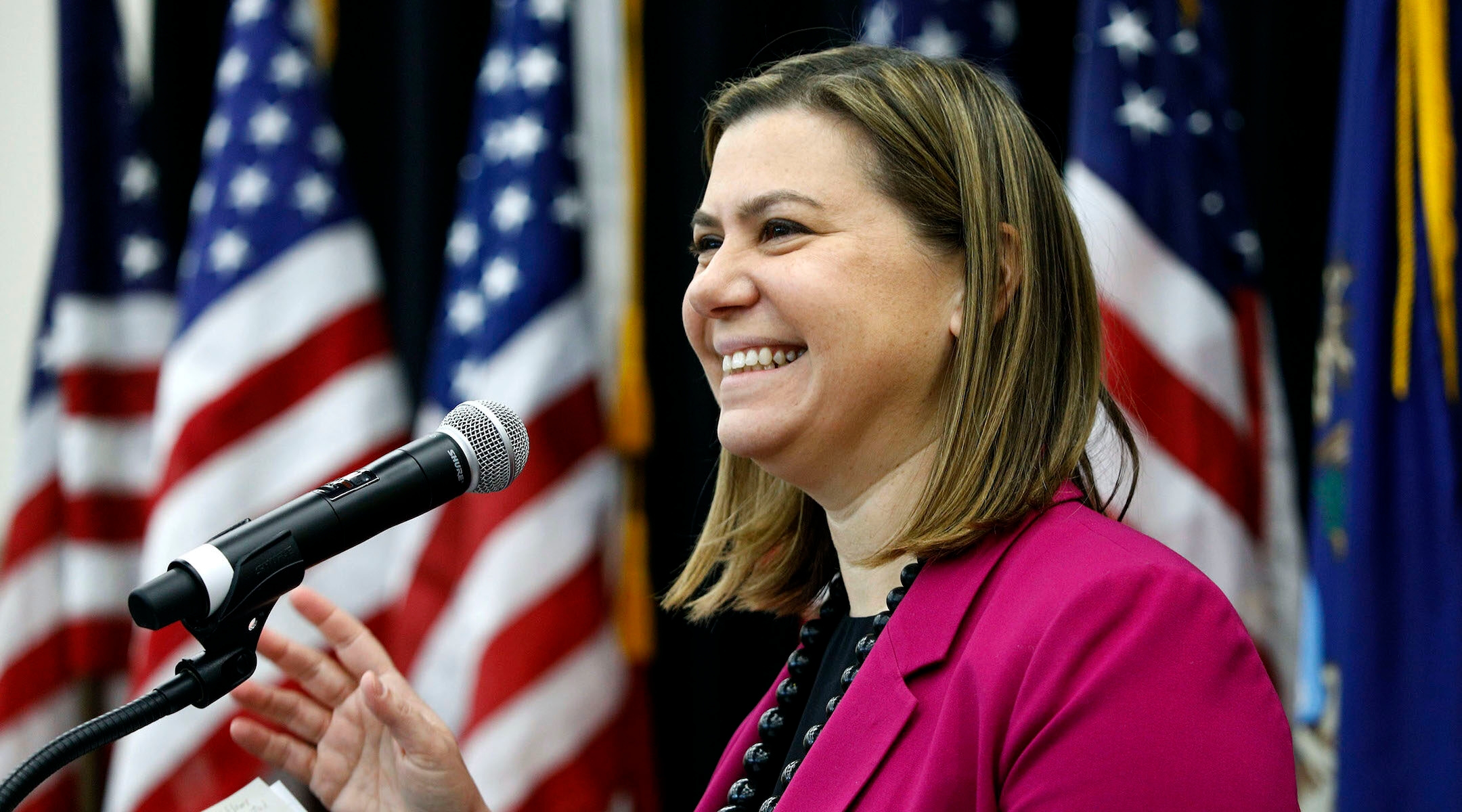 (JTA) — Two Jewish moderate Democrats in the House of Representatives — Elaine Luria in Virginia and Elissa Slotkin in Michigan — have narrowly held onto their congressional seats.

Luria and Slotkin are two Jewish members of the so-called “Gang of Nine,” a group of moderate Democrats with national security backgrounds who were elected in 2018 to seats that had previously been held by Republicans.

A third Jewish lawmaker in the group, Max Rose in New York’s 11th District, is lagging far behind his Republican opponent, although he has not conceded the race.

Luria, a Navy veteran, was defending her incumbency in Virginia’s conservative 2nd District, where she has faced sharp criticism from some constituents when she changed her mind and voted to impeach President Donald Trump after learning that he had pressured Ukraine to investigate Joe Biden. She had been considered likely but not assured of winning.

Slotkin, too, had been considered likely to win but faced criticism for her vote to impeach Trump. A former CIA analyst, she is known as a “pothole politician” for her efforts to help her constituents solve practical problems in their lives.