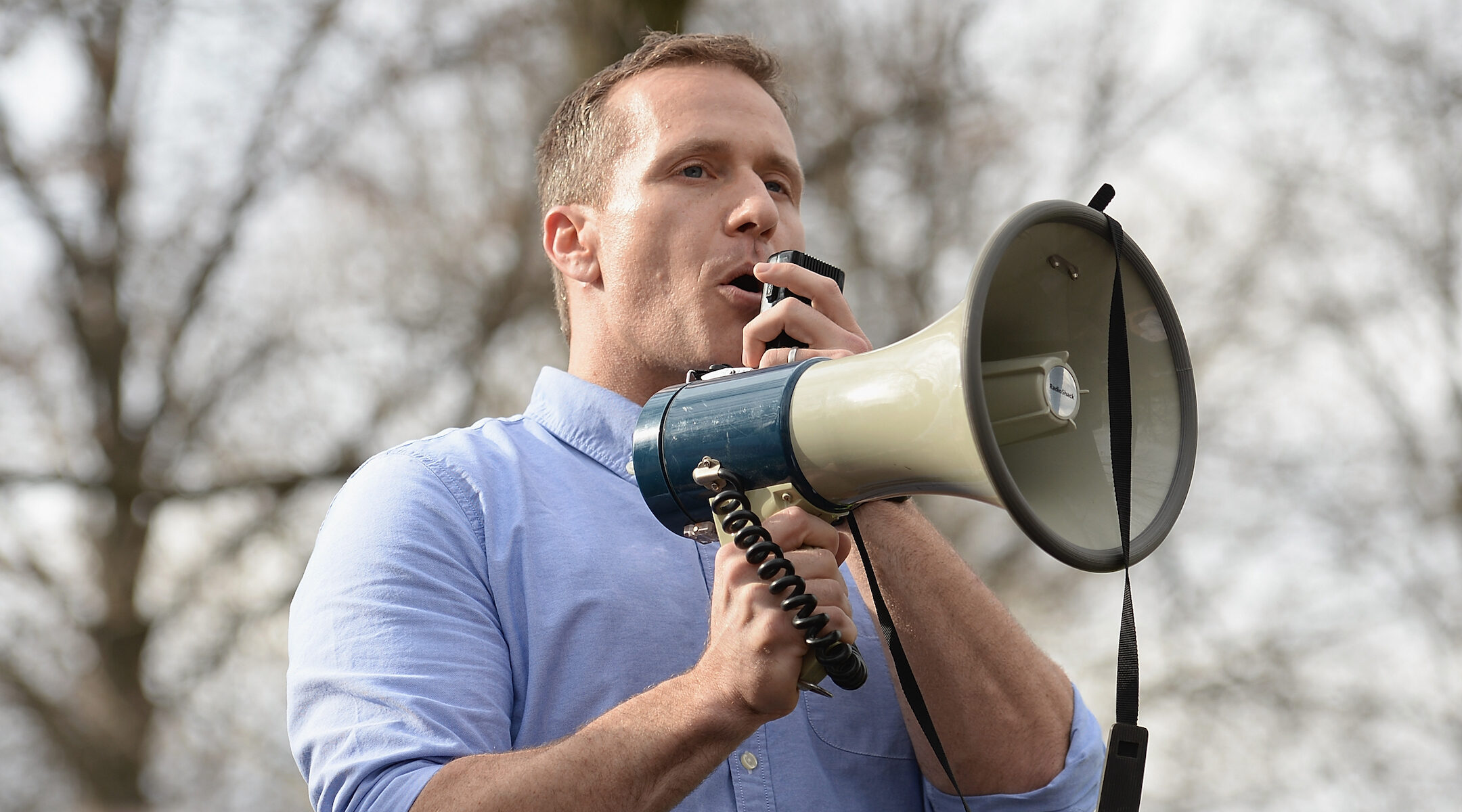 (JTA) — Eric Greitens is back, and he’s on Team Trump.

The Jewish former governor of Missouri and ex-Navy Seal, whose rapid trajectory as a Republican star came to a crash amid allegations of an abusive extramarital relationship and campaign improprieties, announced on Monday that he will run to succeed Roy Blunt, Missouri’s Republican incumbent U.S. senator who is retiring next year.

Once considered a moderate, has Greitens aligned himself with former President Donald Trump, who left office in January after the deadly insurrection at the U.S. Capitol aimed at preventing Joe Biden from becoming president.

“The people of Missouri need a fighter in the United States Senate, they need somebody who is going to go, as I will, as I’m committed to do, to defending President Trump’s America First policies and also to protecting the people of Missouri from Joe Biden, Nancy Pelosi and Chuck Schumer’s radical, leftist agenda,” Greitens said on Fox News.

In 2015, when he first rolled out what would be a successful run for the 2016 gubernatorial race, Greitens told the Jewish Telegraphic Agency that his outlook was shaped by his Jewish upbringing. He cited his volunteer work with the homeless and with victims of war crimes as examples.

His governorship crashed in 2018 amid revelations that an extramarital lover accused of him of abuse and blackmail, and that his campaign used a list of donors from a nonprofit Greitens headed.

Greitens resigned, but charges in both cases were eventually dropped. He and his wife are getting divorced.