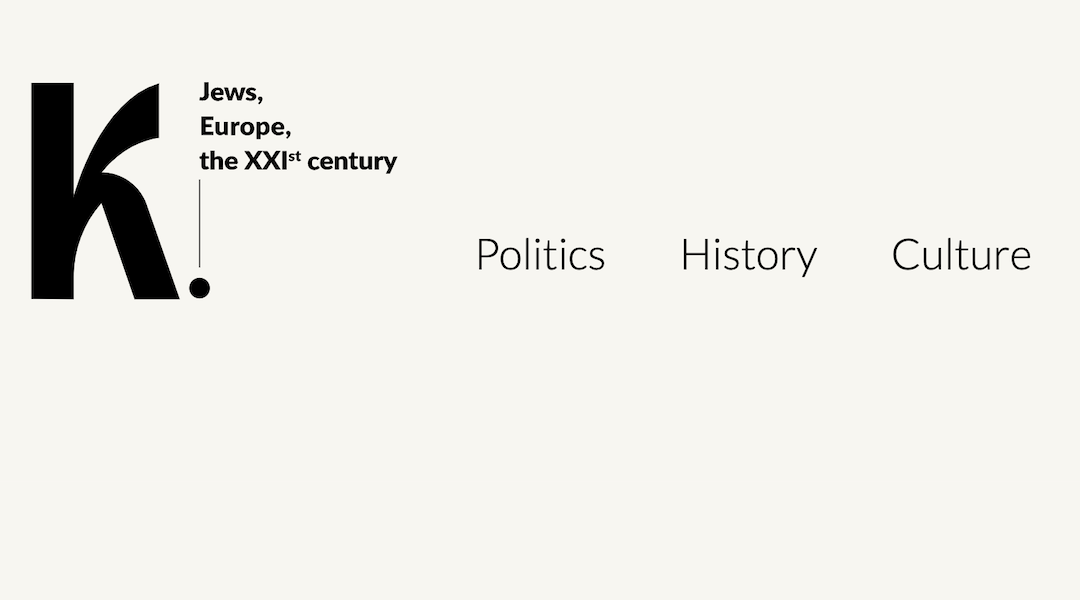 A screen shot from the homepage of K. magazine. (Screen shot)
Advertisement

(JTA) — Jewish journalists, academics and other writers from across Europe have established a new magazine focused on the “current situation of European Jews,” or what they deem a “crisis” signified by the continent’s shrinking Jewish population.

K., which is named after the protagonist of Kafka’s novel “The Castle,” launched Monday online with a French-language edition and another one in English. It plans to publish three items per week — “analyses, interviews, reportages, and sometimes short stories” — online and will release a print product twice a year. It is a nonprofit with support from the Foundation for the Memory of the Shoah, the Rothschild Foundation the Heinrich Böll Foundation, the Foundation for Political Innovation and the Foundation of French Judaism.

[A]round 1880, European Jews represented 90 percent of the world’s Jews; today, they represent only nine percent… How do we reimagine the relationship between Jews and Europe?… We will tour Europe: there will be wide shots, panoramas and close-ups, overviews and miniatures, historical flashbacks and novel approaches to our current situation… We hope that it will attract all Europeans, as well as our friends in North America and Israel, where the two largest Jewish communities in the world now reside – the 90 percent of today.

Among their first published items is an analysis by historian Jacques Ehrenfreund of a landmark 2020 research on the demographic decline of European Jewry. That minority “has returned to the same level as in the Middle Ages,” the K. article states.

Another item, by journalist and documentary film director Barbara Necek, is a post-mortem of a flawed article in Le Figaro, one of France’s newspapers of record, that inaccurately stated that a Polish physician had faked a plague to save 8,000 Jewish Poles during the Holocaust. In reality, the people he helped save were not Jews.