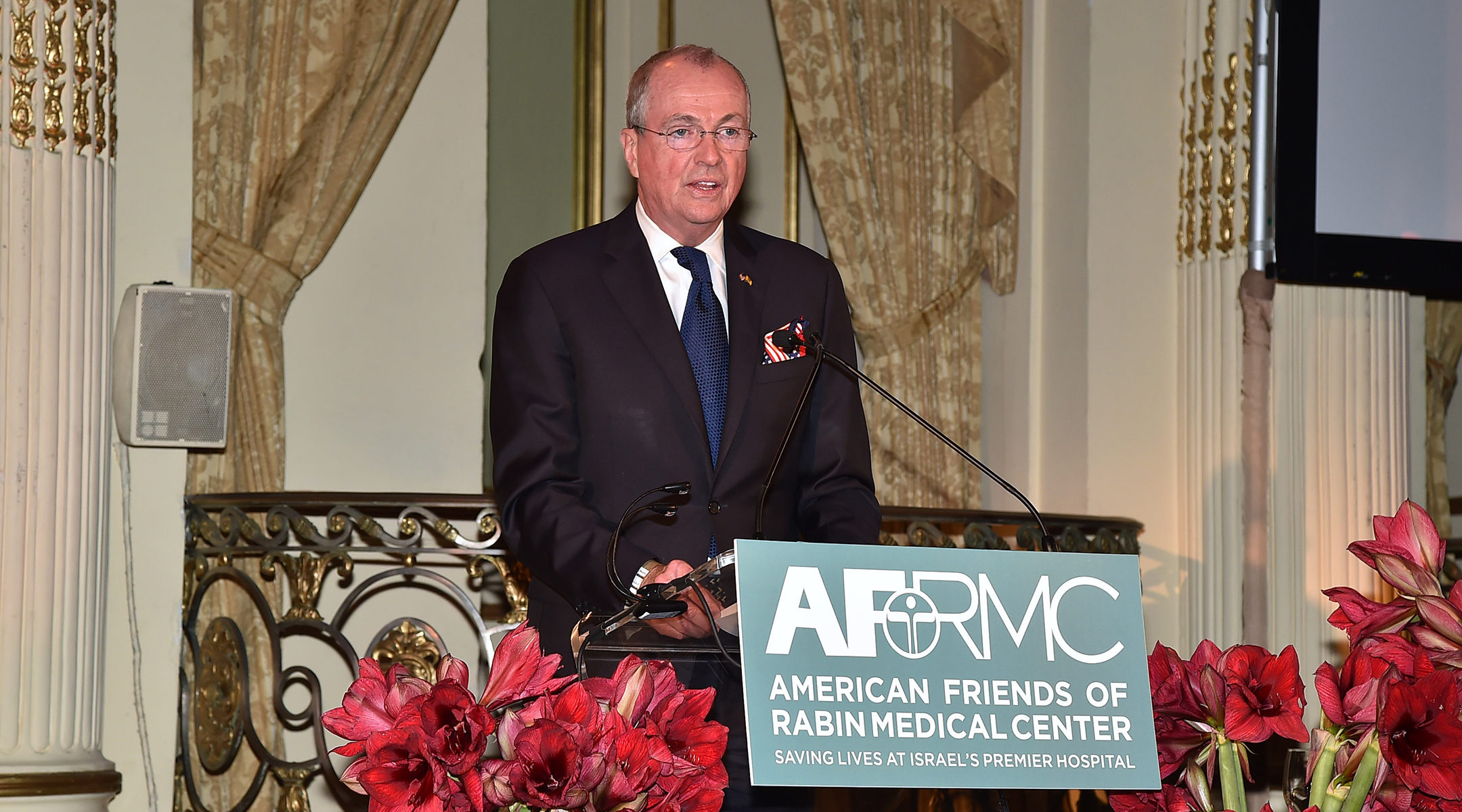 New Jersey Gov. Phil Murphy, shown in November 2019, said communities across the state communities have taken the threat of the virus seriously, though there have been cases of noncompliance. (Patrick McMullan via Getty Images)
Advertisement

(JTA) — The coronavirus pandemic has spurred anti-Semitic chatter connected to Lakewood, a New Jersey township with a large Orthodox population, on social networks.

“Scapegoating, bullying, or vilification of any community is completely unacceptable – today or ever,” Murphy wrote on Twitter. “There is a special place in hell for the small minority that do this during this crisis.”

As of Thursday, Lakewood had 198 COVID-19 cases, by far the most in Ocean County, according to the county Health Department, the Asbury Park Press news site reported. Officials have not said which parts of town or particular communities are experiencing cases.

An online petition that was circulated Thursday called for Lakewood to be “shut down” during the pandemic. It received thousands of signatures but appears to have been removed.

On Facebook, groups for residents of Ocean County and Jackson Township, which borders Lakewood in the southern part of the state, featured maps showing Lakewood spreading the disease.

Murphy also said that there have been a few examples of “non-compliant behavior,” but communities across the state have taken the threat of the virus seriously.

Police in Lakewood last week arrested at least two Jewish men for hosting weddings with more than 50 people present in violation of state rules designed to curb the spread of the coronavirus.

A third wedding was broken up Thursday, NJ.com reported. The report did not say whether the event was a Jewish one.