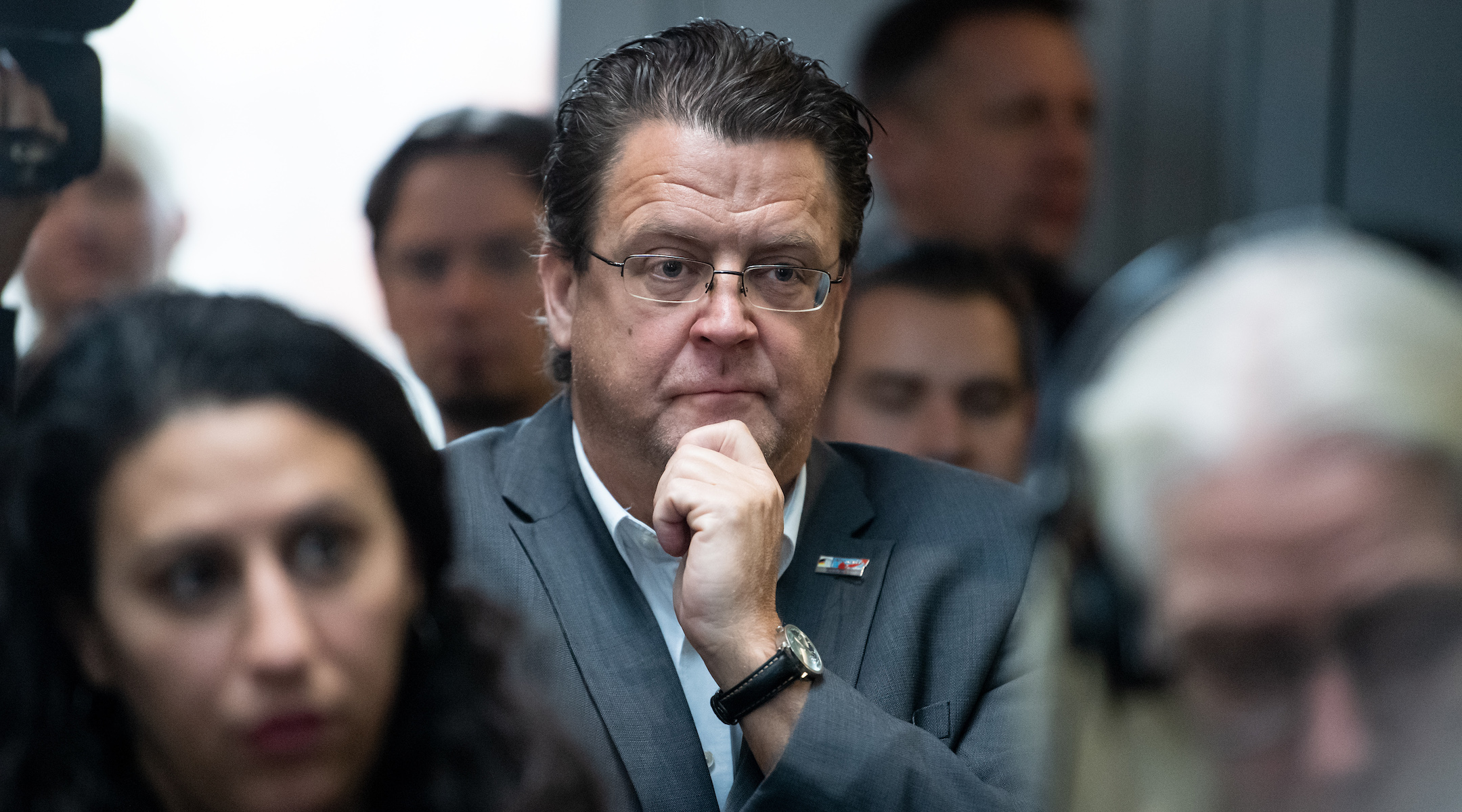 (JTA) — German lawmakers have stripped a colleague from his committee chairmanship in the parliament after he made comments that have been widely condemned as anti-Semitic and racist.

Stephan Brandner, a member of the far-right Alternative for Germany, or AfD, was ousted Wednesday as head of the Legal Affairs Committee in the Bundestag, Germany’s lower house of parliament, Deutsche Welle reported. The German news service called the move unprecedented.

Among the comments, Brandner tweeted that the popular German singer Udo Lindenberg, after being awarded the Federal Order of Merit, was given a “Judas reward” for his stand against the AfD, referring to the reward paid to Judas for his betrayal of Jesus, and which was interpreted as anti-Semitic. The AfD is often criticized for its use of Nazi-era terms such as Volksverraeter, or “traitor of the people,” according to Deutsch Welle.

Brandner also retweeted a post following the attack on the synagogue in Halle last month asking why politicians were “hanging around” mosques and synagogues with candles when the two people who were killed had been “Germans.”

The AfD is the third largest party in the Bundestag.