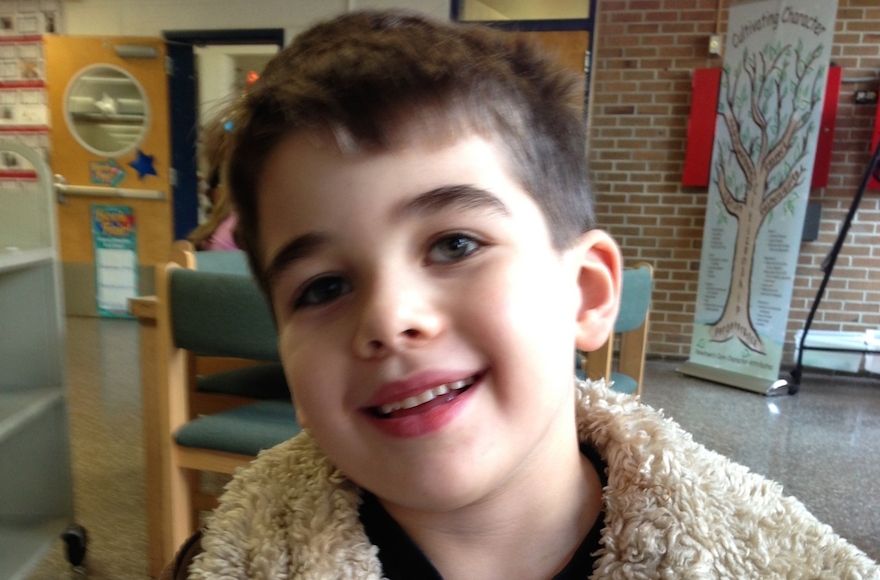 (JTA) — The father of a Jewish boy killed at the Sandy Hook Elementary School won a $450,000 judgment against the editor of a book that claimed the 2012 massacre at the school never happened.

A jury in Wisconsin determined the amount to be paid to Leonard Pozner, whose 6-year-old son Noah was the youngest of the 26 people killed at the Connecticut school.

The award came four months after a judge ruled that Pozner had been defamed by James Fetzer and Mike Palecek, editors of a book claiming that the government had staged the killing to advance gun control measures. According to the book, Pozner had faked his son’s death certificate to advance the conspiracy.

Fetzer, a retired professor emeritus at the University of Minnesota-Duluth, called the judgment “absurd” and said he plans to appeal, the Wisconsin State Journal reported. Palacek has already settled with Pozner for an undisclosed amount, according to The New York Times.

Pozner is a party to multiple lawsuits against those who claim the massacre was faked, including Alex Jones, the online provocateur who runs Infowars. Jones has also made claims to the effect that the parents of Sandy Hook victims are part of a plot to take away firearms.