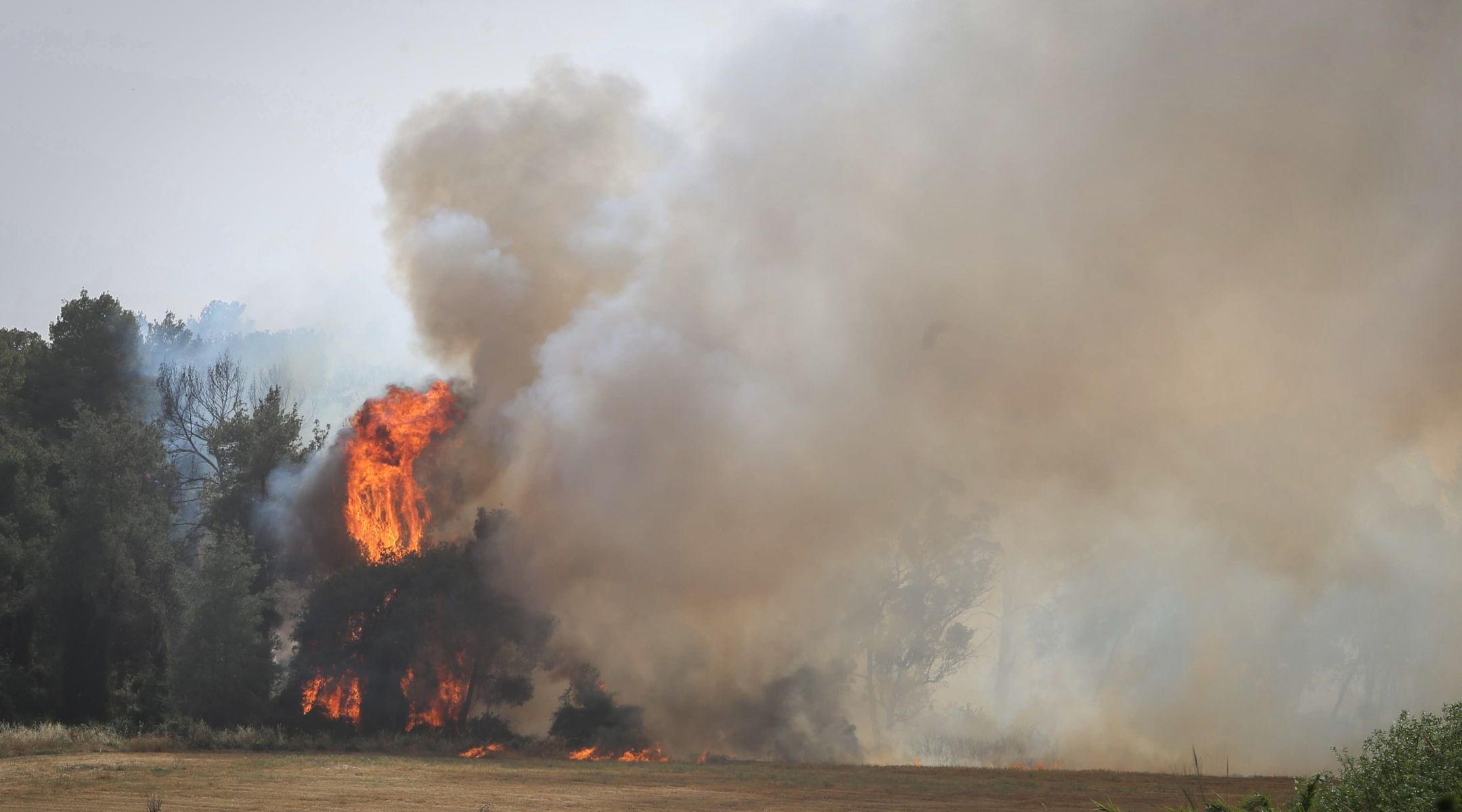 (JTA) — Wildfires in the Jerusalem area on Friday ravaged one of Israel’s prettiest and largest memorial forests.

The fires, aided by a scorching heat of over 104 degrees and eastern winds, consumed the Jewish National Fund’s forest around the Kdoshei Zaglambia Holocaust monument, Ynet reported.

Situated on the western slopes of the Judean Hills, the forest planted decades ago for Polish victims of the genocide has a unique biodiversity connected to it being on the seam line connecting Israel’s humid coastal plain to its mountainous and arid interior.

On Friday, the fire was still raging across large areas of the coastal plane and creeping uphill in the direction of the Ben Shemen Forest. Mevoh Modiim, located 15 miles east of Tel Aviv, saw several of its homes destroyed, as did the town of Harel near Ashdod, south of Tel Aviv.

An Egyptian rescue helicopter, whose services the Egyptian government offered on Thursday, helped contain the fire near Harel. The Palestinian Authority has also offered to send firefighting teams, Ynet reported.

The fires have not resulted in massive evacuations. Fifteen people have been lightly injured as a result of the fires.

The flames have caused major disruptions in train traffic and congestion along main arteries between Tel Aviv and Jerusalem.