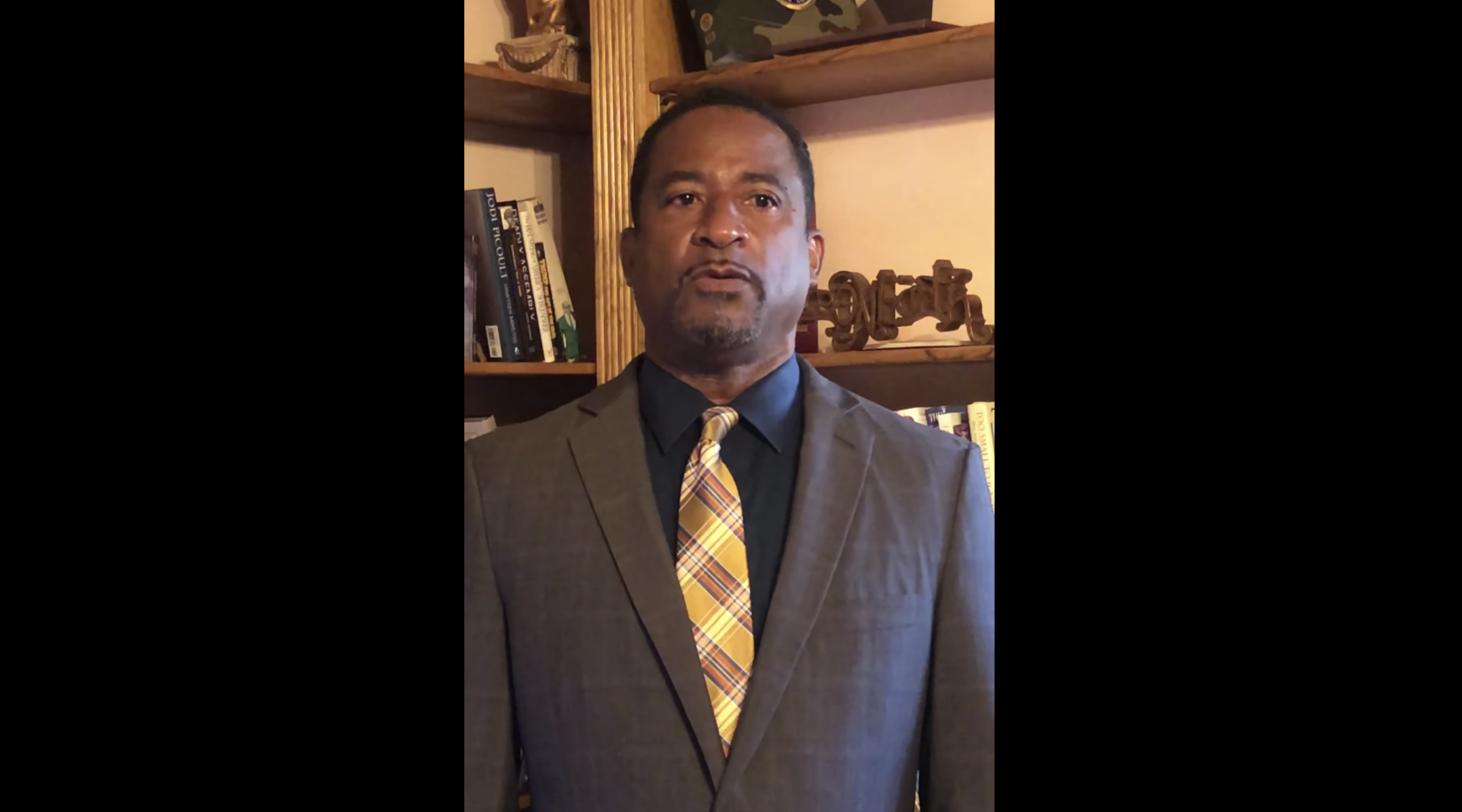 William Latson issued a public apology a week before the Palm Beach County School Board voted a second time to terminate his employment. (Screen shot from YouTube)
Advertisement

(JTA) — Weeks after voting to rehire a principal who told a parent he “can’t say the Holocaust is a factual, historical event,” a Florida school board has reversed course.

The Palm Beach County School Board voted a year ago to fire William Latson, who had been removed from his post after the 2018 comments came to light. Latson sued, saying he had been wrongfully terminated, and in August, a judge concluded that he should have been reprimanded but not fired. The board voted earlier this month to rehire him rather than face a protracted and costly legal battle.

But the board’s only Jewish member voted against rehiring Latson and said at the time, “If we rehire Dr. Latson, it is going be a stain on this school district that will never go away.” After an outcry, the board chair asked the board to reconsider.

A meeting two weeks ago to reconsider the decision ended without action after the board received more than 1,200 public comments that members were required by law to read or hear before voting. Then Latson issued a public apology last week.

On Monday, the board voted unanimously to fire Latson again. Members said they had come to the conclusion that their decision represented a statement of the district’s values that transcends the risk of litigation, according to a report in the Palm Beach Post.

“I am so at peace that I am going to rescind my vote from the Oct. 7 meeting,” said one board member who switched her vote, the newspaper reported. “What Dr. Latson did was open the door for the students whose parents are Holocaust deniers for generations to come to deny the atrocity of the Holocaust.”