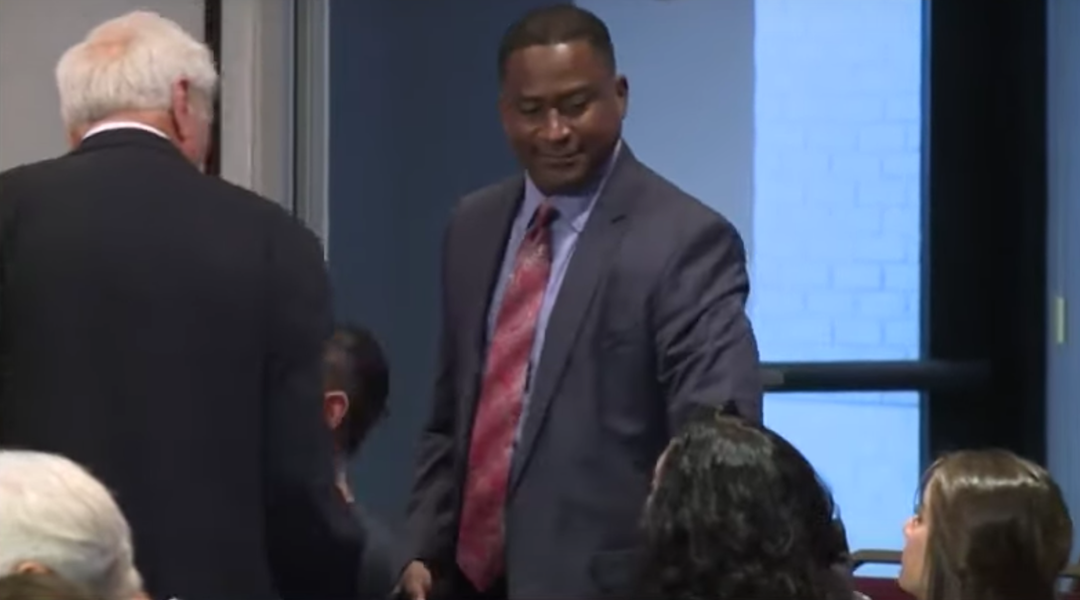 William Latson was fired for saying "can't say the Holocaust is a factual, historical event." (Screenshot from YouTube)
Advertisement

(JTA) — A Florida principal who told a parent he “can’t say the Holocaust is a factual, historical event” will be rehired after a vote Wednesday night by the school board that fired him.

William Latson made the comments to a parent in 2018 and was later removed from the Boca Raton high school where he had been principal. Last October, the school board voted 5-2 to fire him, citing not just the comments but Latson’s refusal to answer questions about them.

Latson sued, saying he had been wrongfully terminated, and in August, a judge concluded that he should have been reprimanded but not fired. The board voted Wednesday night to rehire him rather than face a protracted and costly legal battle. He’ll be given an administrative job, rather than one with students, and will receive $152,000 in back pay, according to the Palm Beach Post.

The board was divided 4-3, with the only Jewish board member arguing strenuously against Latson’s rehiring. “If we rehire Dr. Latson, it is going be a stain on this school district that will never go away,” Karen Brill said during the meeting.

Palm Beach County is heavily Jewish, and Spanish River Community High School, which Latson led, has many Jewish students. In an email to a parent who asked about the school’s Holocaust education curriculum, he wrote, “I can’t say the Holocaust is a factual, historical event because I am not in the position to do so as a school district employee. You have your thoughts, but we are a public school and not all of our parents have the same beliefs.”

Palm Beach County is also where the longstanding Democratic congresswoman, Lois Frankel, is facing a primary challenging from right-wing Republican Laura Loomer, in a matchup that has divided local Jews and reflects deep divides in American politics.