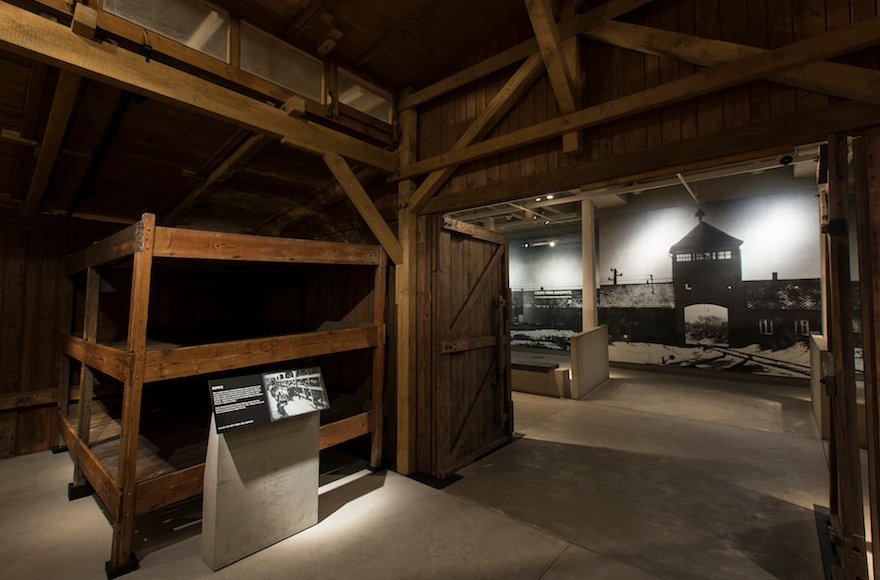 (JTA) — The high school principal in Boca Raton, Florida, who told a parent that “Not everyone believes the Holocaust happened” was fired.

The Palm Beach County School Board voted 5-2 to terminate William Latson’s employment, according to minutes of the meeting posted online. His firing will take effect on Nov. 21.

The board found “just cause” to fire Latson, who had been reassigned from Spanish River Community High School in July, a week after the incident came to light, for policy violations related to “ethical misconduct” and “failure to carry out job responsibilities.”

The official reason for Latson’s termination was not the comments that appeared to justify denying the Holocaust but his failure to return messages from district officials in the days after his comments became public, according to the Palm Beach Post.

The school, which has about 2,500 students, is said to have one of the largest Jewish student populations in the county, according to the Palm Beach Post, which first reported the incident in July 2018, three months after it occurred.

Latson in an email told the mother of a student “(n)ot everyone believes the Holocaust happened” in response to an inquiry about the Holocaust not being taught at the school.

“I can’t say the Holocaust is a factual, historical event because I am not in the position to do so as a school district employee,” he wrote. “You have your thoughts, but we are a public school and not all of our parents have the same beliefs.”

“The Jewish Federation of South Palm Beach County, which represents scores of individuals whose families were killed in the Holocaust, commends the move to fire” Latson, Matt Levin, Federation CEO told the Jewish Telegraphic Agency. “We are grateful for Superintendent Donald Fennoy’s leadership and commitment to a thorough investigation resulting in this vote by the school board. Latson’s abhorrent denial of the Holocaust is unacceptable, and there is no place in our community, and certainly not in our education system, for such unethical ignorance.”

Latson’s attorney said he will appeal the firing in state administrative court, calling it arbitrary and driven by political expediency.

Latson has been with the school district for 26 years and had been principal of Spanish River since 2011.