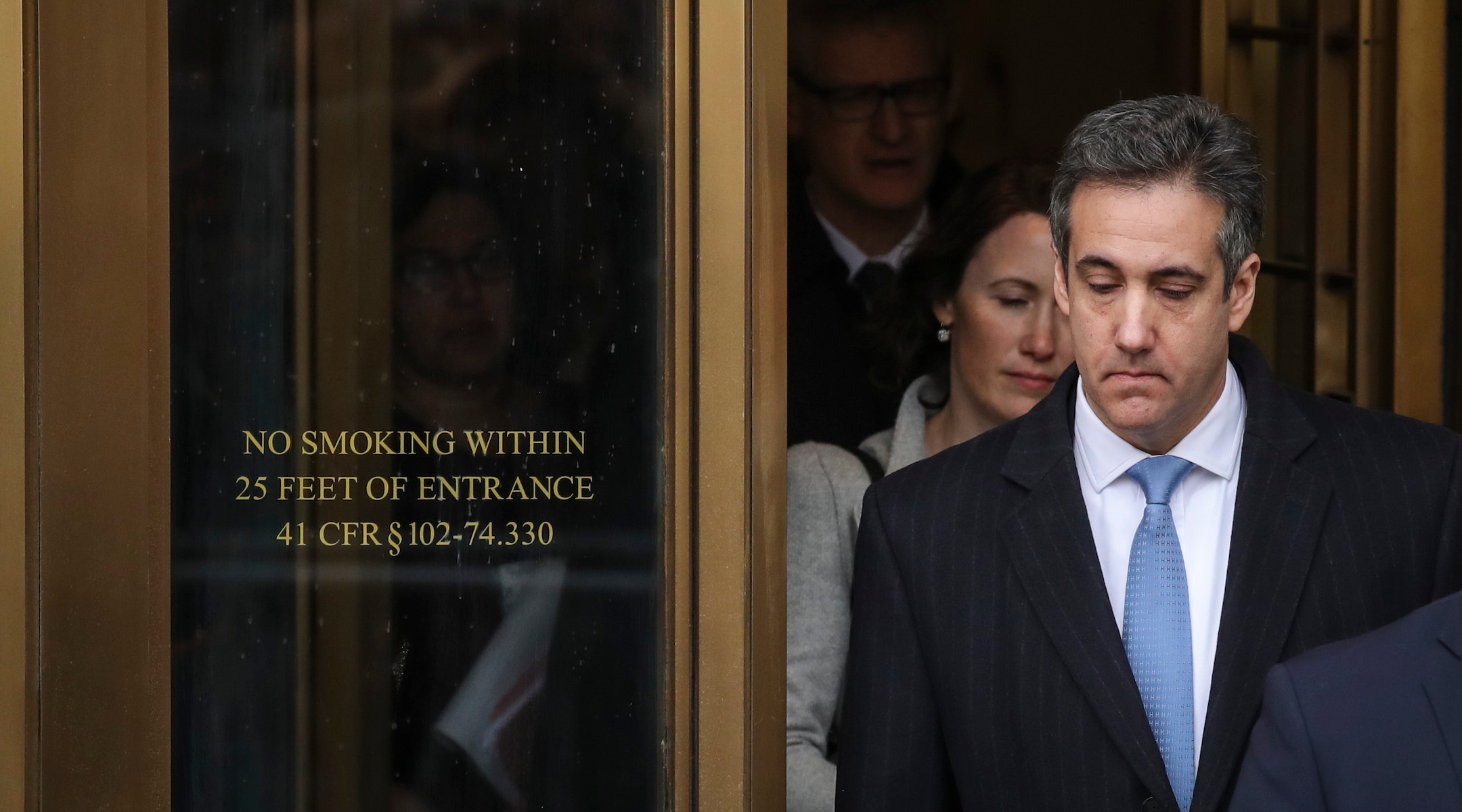 The charges related to Cohen having made payments to silence two women who claimed they had affairs with Trump. The Jewish attorney also was sentenced to two months for lying to Congress about a proposal to build a Trump Tower in Moscow.

At the sentencing in Manhattan federal court, Cohen denounced his former boss, saying that “my weakness was a blind loyalty to Donald Trump” and that “I felt it was my duty to cover up his dirty deeds.”

At the White House, Trump did not answer reporters’ questions about the sentencing. He has bashed his former lawyer, writing on Twitter in August that “if anyone is looking for a good lawyer, I would strongly suggest that you don’t retain the services of Michael Cohen!”