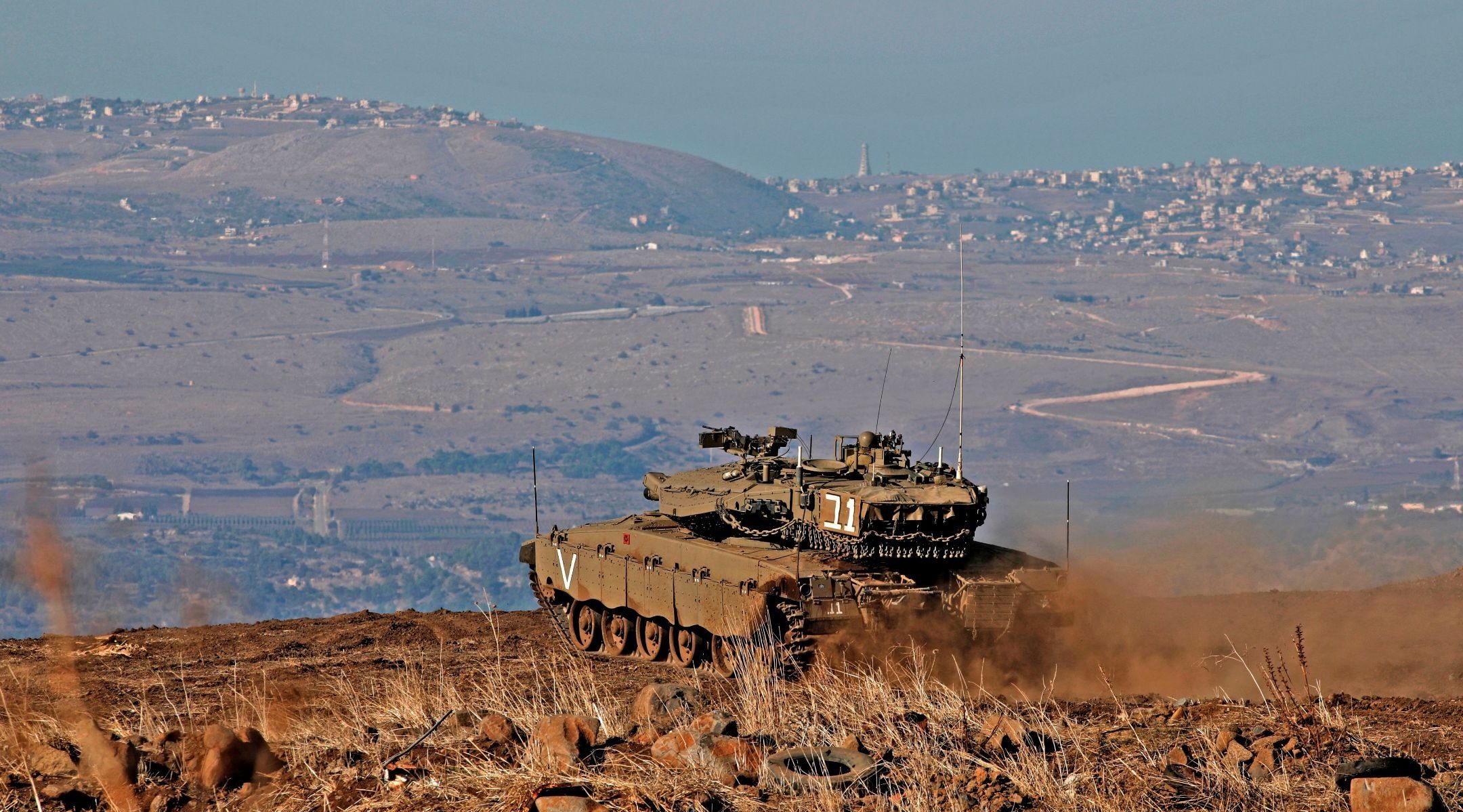 Israeli armored vehicles on the Golan Heights bear the border with Syria hours after four rockets were fired from Syria into northern Israel, Nov. 19, 2019. (Jalaa Marey/AFP via Getty Images)
Advertisement

JERUSALEM (JTA) — Four rockets were fired early Tuesday at Israel from Syria by Iran or on its orders, the Israeli military said.

Israel was said to have retaliated with strikes targeting Damascus, the Syrian capital.

The rockets from Syria were intercepted over the Golan Heights by the Iron Dome missile defense system, according to the Israel Defense Forces. They set off the Code Red alert sirens in cities in the northern Golan Heights and in the Galilee.

Israeli reports cited unnamed defense officials in saying the military believes the rockets were fired by Iran or by a group striking on its orders.

Reports said explosions were heard in Damascus shortly after the rocket attack on Israel. The Syrian Observatory for Human Rights later reported that Israel fired five missiles at targets in the southern part of the capital, and that the targeted sites were located in the same area where the rockets targeting Israel were launched.

The report said that some of the Israeli missiles were intercepted and others hit their targets, but had no specific information on damage or casualties.

The IDF did not comment on reports of retaliatory attacks.

A week ago, a missile attack on the Damascus home of senior member of the Palestinian Islamic Jihad terror group Akram al-Ajouri killed the terrorist leader’s son. The attack has been blamed on Israel, which has neither confirmed nor denied being behind the attack.

On Monday, the IDF launched a surprise two-day military exercise in northern Israel.