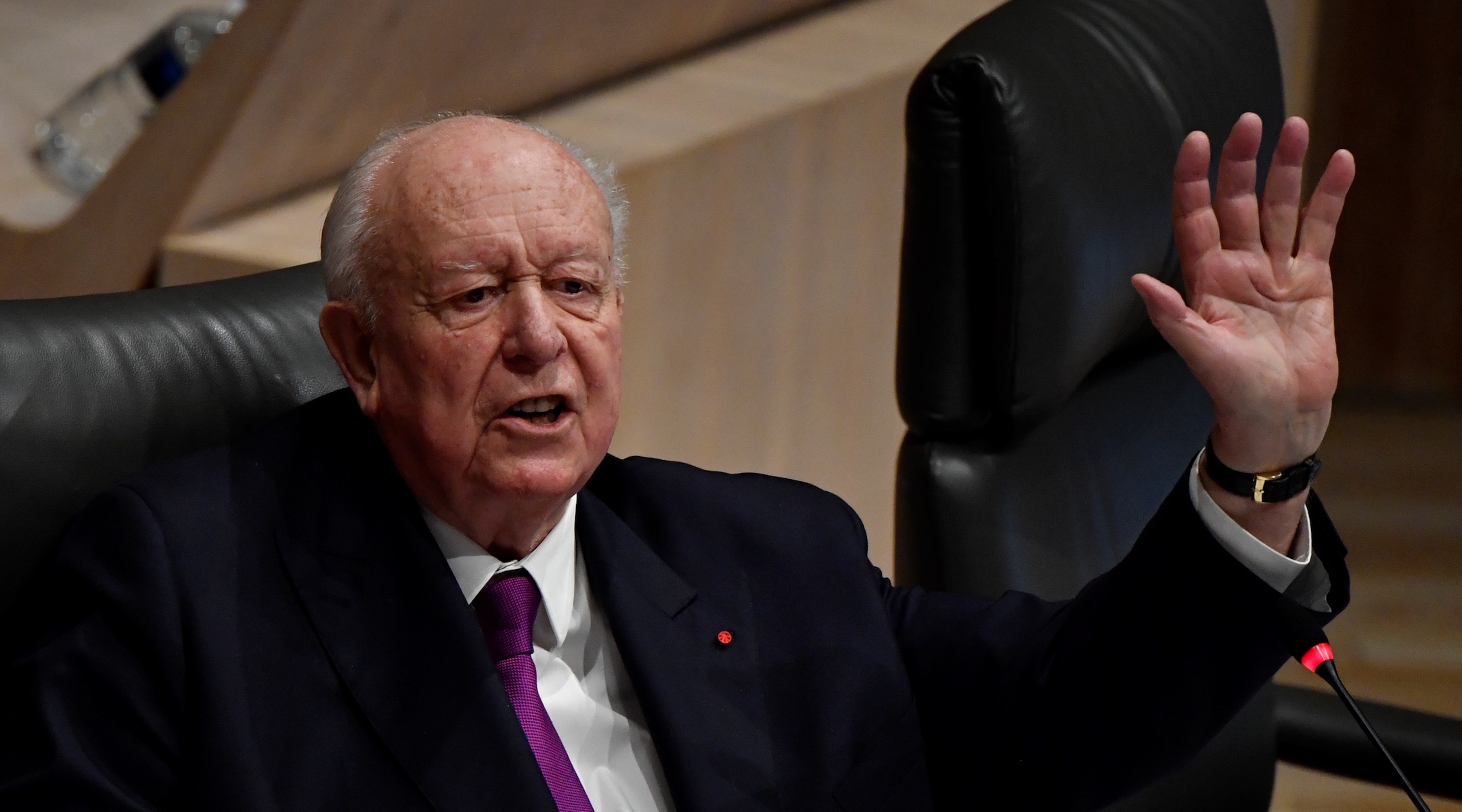 PARIS (JTA) — The French municipality of Marseille described Tel Aviv as part of “former Palestine” in an official letter to a resident who was born in the Israeli city.

Mayor Jean-Claude Gaudin signed the letter, which was sent on Feb. 5 informing the resident that he was registered on the city’s electoral list. His place of birth was listed as “Tel Aviv – Ex-Palestine.”

The National Bureau for Vigilance Against Anti-Semitism, or BNVCA, contacted city authorities last week asking for a correction. The municipality told BNVCA that the description was carried over from records belonging to either the National Institute of Statistics and Economic Studies or the French Foreign Ministry, BNVCA said in a statement.

Tel Aviv was founded in 1909 in what then was part of the Ottoman Empire. Following World War I, Tel Aviv was among the Jewish, and Arab, settlements that became part of the League of Nations’ Mandate for Palestine overseen by the United Kingdom.

In 1947, Tel Aviv was part of the would-be Jewish state that the United Nations, successor to the League of Nations, set aside in its partition plan for the mandate’s territory. The Jewish settlement led by David Ben-Gurion accepted the partition, but the leaders of the plan’s would-be Arab state rejected it and launched a war against Jewish residents. In 1948, that escalated into a military conflict between the newly established State of Israel and six foreign Arab armies, as well as local Arab militias.

Israel won and took over large swaths of land intended for an Arab state.