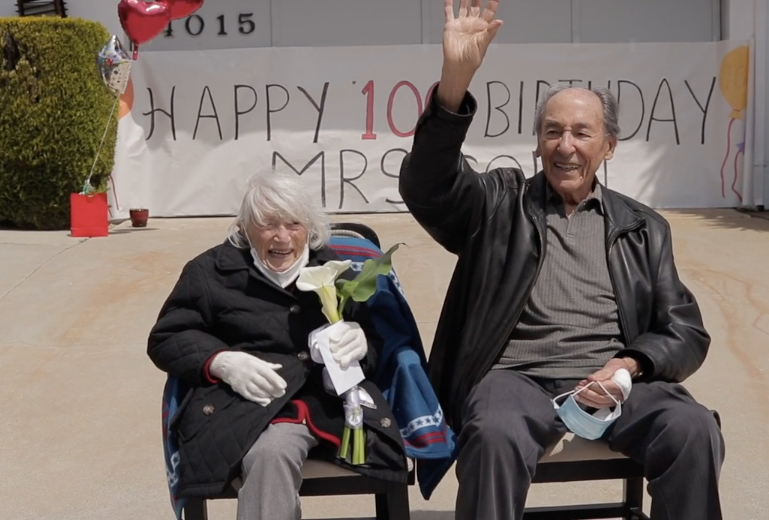 (JTA) — The 100th birthday of a Holocaust survivor and former French-Jewish spy who went behind Germany enemy lines was feted with an appropriately socially distanced parade of cars.

Marthe Cohn sat in her driveway in Los Angeles wearing a face mask and gloves as cars full of people drove by wishing her well, shouting through rolled-down windows and sun roofs. A banner hanging on the garage door behind her read “Happy 100 Birthday Mrs. Cohn.” Neighbors stood in their driveways holding signs bearing well-wishes, too.

A letter of congratulations from Israeli President Reuven Rivlin was read over a bullhorn and Cohn later received a phone call from both Rivlin and the president of Germany, as well as hundreds of emails.

A new documentary, “The Accidental Spy,” tells her story, and Cohn co-wrote a memoir in 2002, “Behind Enemy Lines: The True Story of a French Jewish Spy in Nazi Germany.”