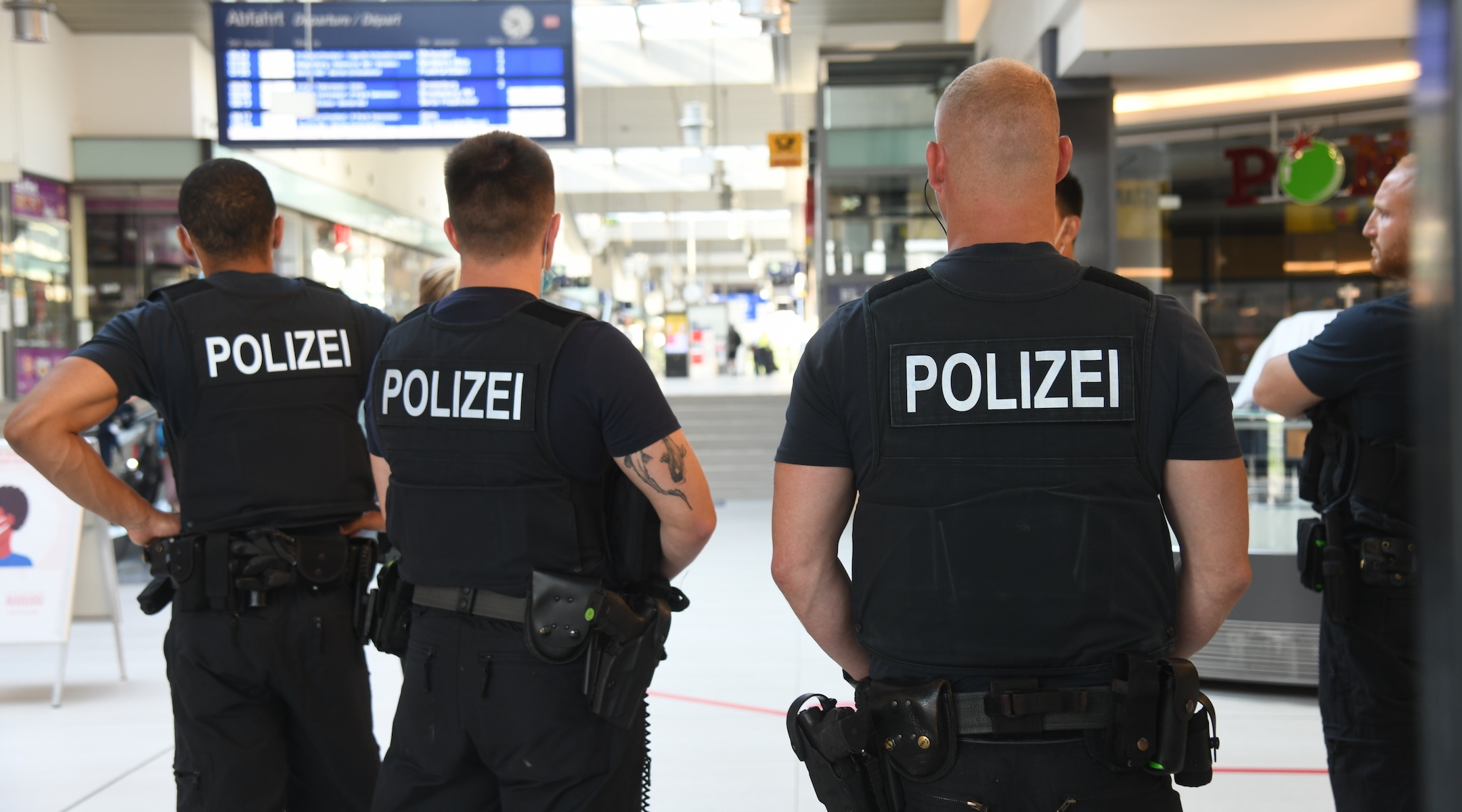 (JTA) — Police in western Germany arrested a 14-year-old high school student they believe was planning an attack on a mosque or synagogue.

A spokesperson for the prosecutor’s office in Dusseldorf told the DPA news agency that the boy, who has not been named in German media, had allegedly carried out at least one trial with explosives in preparation for the attack. The boy is being charged with attempted incitement to murder and an act of violence posing a national threat, the spokesperson said.

The broadcaster Deutsche Welle reported Tuesday that the boy communicated with unidentified parties on his cellular phone to discuss his plans. In correspondence on the WhatsApp messaging platform he spoke of carrying out a knife attack or bringing a gun to a Jewish or Muslim house of worship, according to Deutsche Welle.

The arrest comes just over a year after a far-right gunman killed two people in Halle, Germany, after a fortified metal door prevented his entry to a packed synagogue on Yom Kippur.

On Sunday, a Jewish man was assaulted outside a synagogue in Hamburg by a 29-year-old man from Kazakhstan.