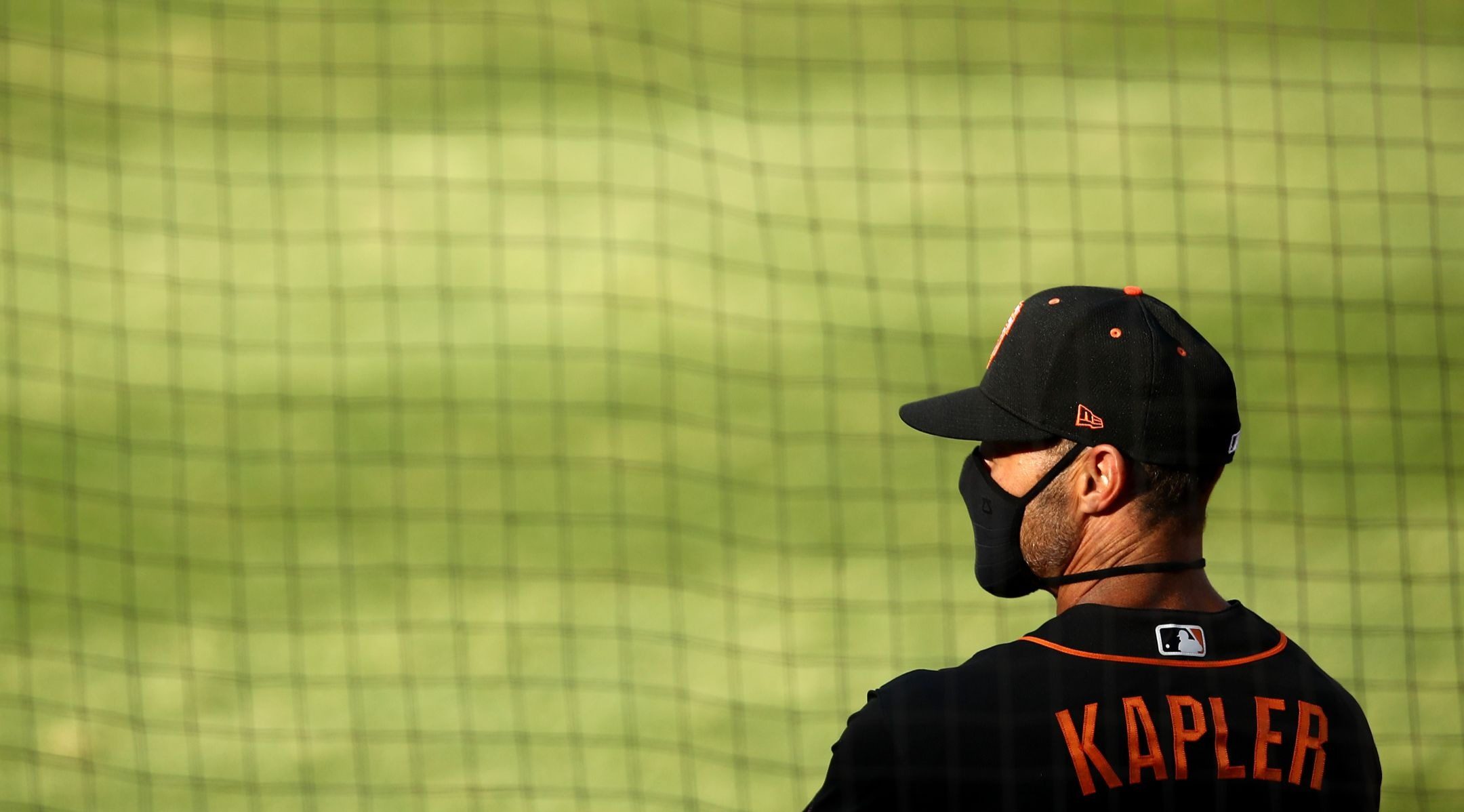 San Francisco Giants nanager Gabe Kapler stands in the dugout before the team's exhibition game against the Oakland Athletics in Oakland, July 20, 2020. Kapler was the first Major League manager to kneel during the National Anthem. (Ezra Shaw/Getty Images)
Advertisement

(JTA) — Gabe Kapler, in his first season as San Francisco Giants manager, took a knee during the playing of the national anthem before the start of an exhibition game.

Kapler, 44, who is Jewish and a former coach for Team Israel, was joined by several of his players on Monday night before facing the Oakland Athletics. The Giants won, 6-2.

He told the team earlier in the day that he planned to kneel and the Giants organization would support any player that made the same decision, ESPN reported.

“I told them that I wanted to use my platform to demonstrate my dissatisfaction with the way we’ve handled racism in our country,” Kapler told ESPN. “I wanted to demonstrate my dissatisfaction with our clear systemic racism in our country, and I wanted them to know that they got to make their own decisions, and we would respect and support those decisions. I wanted them to feel safe in speaking up,”

Kapler has been a public backer of Black Lives Matter, including posts supportive of the movement on Instagram. He is the first Major League manager to kneel during the playing of “The Star-Spangled Banner.”

He comes to the Giants after managing the Philadelphia Phillies for two seasons.

Along with coaching the Israel team competing for the 2013 World Baseball Classic, Kapler visited Israel in 2017 and toured with the national team, The Jerusalem Post reported. Kapler has a Star of David tattooed on his right calf and “Never Again” tattooed on his left calf.