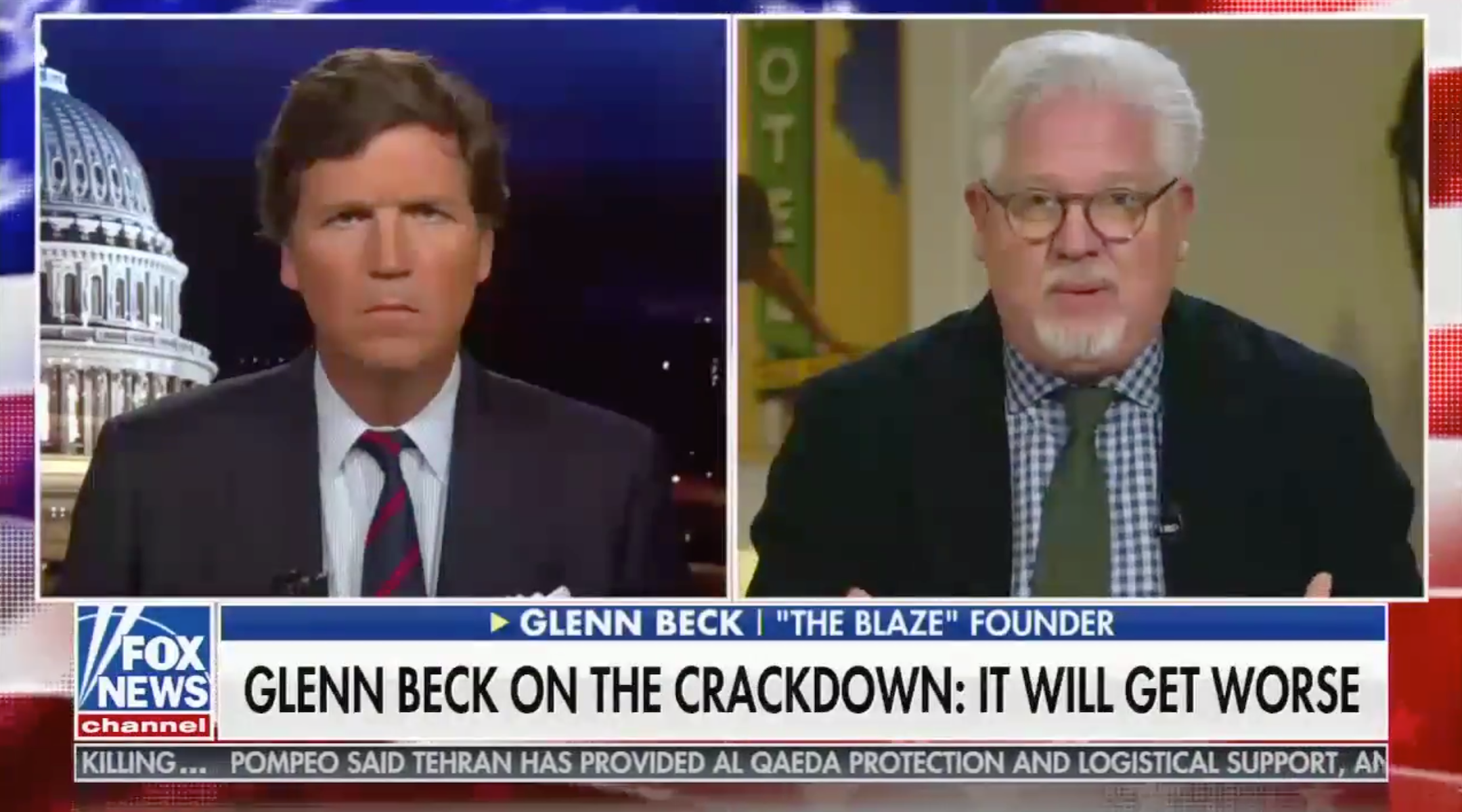 In recent days, Twitter and Facebook have banned President Donald Trump’s accounts for incitement to violence. Twitter also removed 70,000 accounts promoting the QAnon conspiracy theory. And the social network Parler, a haven for the far right, was taken offline.

Beck appeared to object to these decisions.

“You can’t have freedom of speech if you can’t express yourself in a meaningful place,” Beck said Tuesday on Tucker Carlson’s Fox News show as Carlson listened, stone-faced.

“This is like the Germans with the Jews behind the wall. They would put them in the ghetto. Well, this is the digital ghetto. You can talk all you want, Jews. You do whatever you want behind the wall. Well, that’s not meaningful and that’s where we are. That’s where millions of Americans will be.”

In fact, Nazi ghettos were hellish places borne of ethnic cleansing that were deprived of basic necessities and became plagued with starvation and disease. Many were later liquidated as their Jewish inhabitants were sent to concentration camps to be enslaved and killed.

Beck is just the latest right-wing pundit to compare the social media bans to the Holocaust. Last week, Fox News host Jeanine Pirro and former Rep. Steve King — who lost his seat last year after a history of associations with white supremacists — both compared the bans to Kristallnacht, the Nazi pogrom considered to be the start of the Holocaust.

Holocaust comparisons, however, are nothing new for Beck, who has a long history of comparing liberals and Democrats to Nazis. A former Fox News host, Beck has compared Barack Obama, Al Gore, social justice-focused churches, auto company bailouts and more to Nazis, Nazi leaders or Nazi policies.

He also once compared Reform Judaism to Islamic extremism, a statement for which he later apologized.