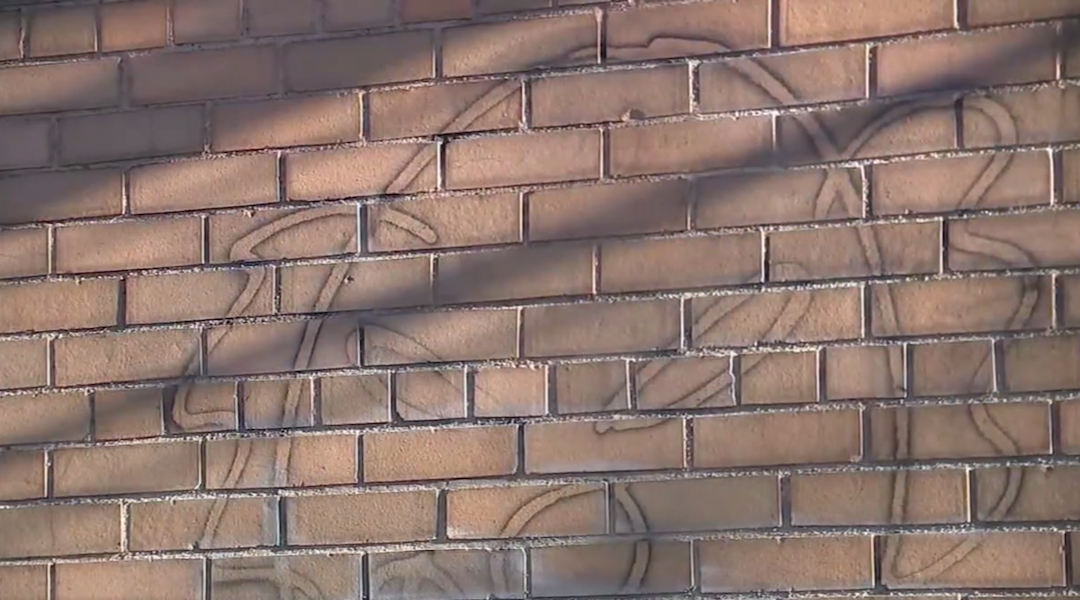 The Mesivtha Tifereth Jerusalem of America building was vandalized with spray-painted symbols. (Screenshot from WABC)
Advertisement

(JTA) — Graffiti was painted on the exterior of a historic yeshiva on Manhattan’s Lower East Side.

The Mesivta Tiferes Yerushalayim building was vandalized between Friday afternoon and Saturday evening, possibly while students were inside.

The graffiti included what looks like a clown face, the word “evil,” and a series of letters and numbers meant to look like a racial slur, police told the local media. The New York Police Department’s Hate Crimes Unit is investigating the graffiti as a “possible bias incident,” Mayor Bill deBlasio said in a tweet.

Police are looking at security camera footage, according to the Yeshiva World News website, which first reported the incident.

Mesivta Tiferes Yerushalayim is among the oldest existent yeshivas in the city and is renowned for being the institution once led by the late Rabbi Moshe Feinstein, who is regarded among the Modern Orthodox as one of the most important Jewish legal authorities. The rabbi’s son, Rabbi Dovid Feinstein, now leads the yeshiva.

The NYPD and its Hate Crimes Unit are investigating graffiti scrawled on the Mesivta Tiferes Yerushalayim building during Shabbas. If you have any information, please call 1-800-577-TIPS.