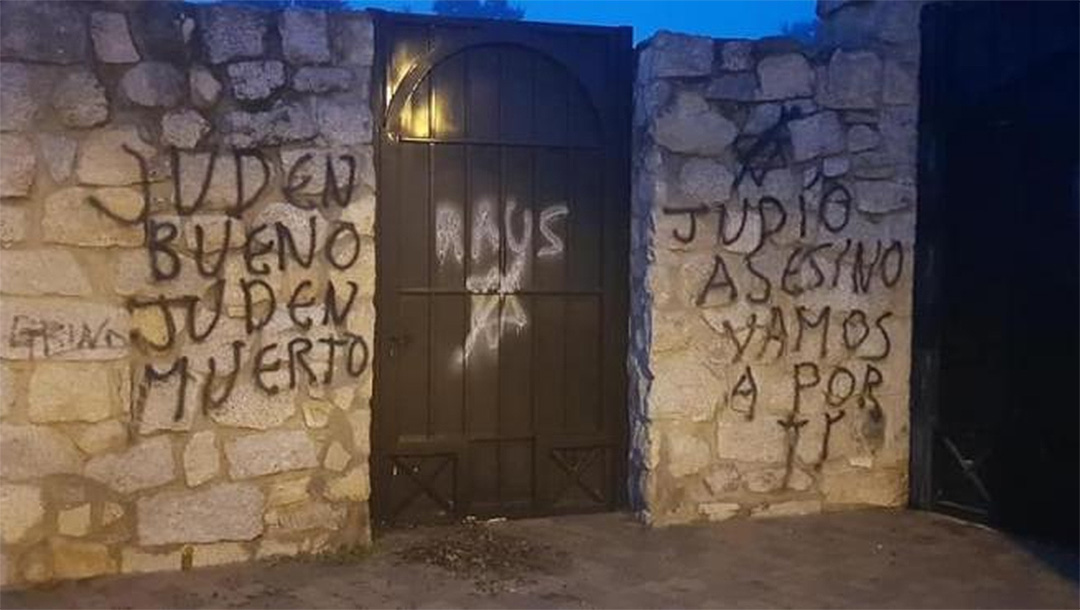 Graffiti calling for the murder of Jews at the entrance to the Jewish cemetery of Hoyo de Manzanares, Spain on Dec. 24, 2020. (José de Isasa)
Advertisement

(JTA) — Graffiti reading “good Jew dead Jew’ and “murdering Jews we will hang you” were written on the gate of a Jewish cemetery near Madrid, Spain.

The graffiti, featuring spelling mistakes in Spanish and some German-language words, were spray-painted in Hoyo de Manzanares, a northern suburb of the capital, on Wednesday night, the news site 20minutos reported. The perpetrators also painted a Star of David with the word Raus, German for “out,” on the gate. Another slogan featured a mashup of the Spanish-language word for Holocaust and fairytale.

The Federation of Jewish Communities of Spain, FCJA, called the incident “intolerable” and said the culprits must be brought to justice.

The Madrid incident was the latest in a string of cases of vandalism against Jewish sites in Europe this week, including in Halle, Germany, where a monument to victims of a deadly far-right shooting last year near a synagogue was desecrated. Others took place elsewhere in Germany, Bulgaria and Belarus.