Hank Greenberg’s bat is up for auction 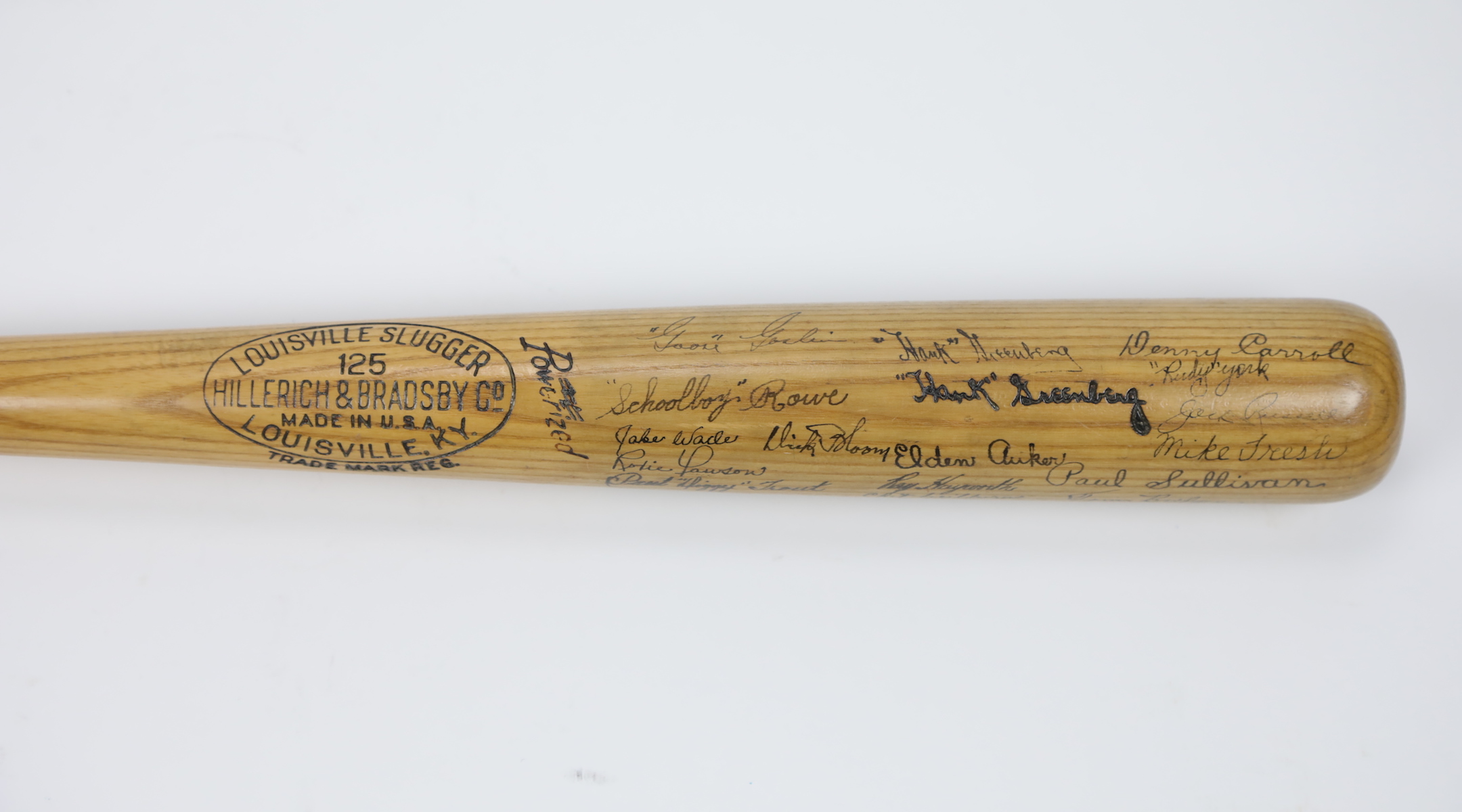 A Hank Greenberg bat from 1937 is up for auction. (Leland's)
Advertisement

The Hall of Famer’s wood bat, which was signed by the 1937 Detroit Tigers, is up for auction on the website of Lelands-Sports Memorabilia and Card Auctions. The starting bid was $5,000, but as of Wednesday morning the number was over $8,000. Bidding ends Friday.

The lot description notes that “there is a deep ball mark near the crack at the top of the handle” and rates its use as “moderate.” The bat is signed by 34 team members in black fountain ink, with Greenberg signing right above his name on the barrel of the bat.

Though he was not religiously observant, Greenberg sat out a game in 1934 during Yom Kippur at the height of the American League pennant race. He finished his career in the 1947 season with the Pittsburgh Pirates.

His playing days were interrupted by more than four years serving in the Army Air Corps, including during World War II.