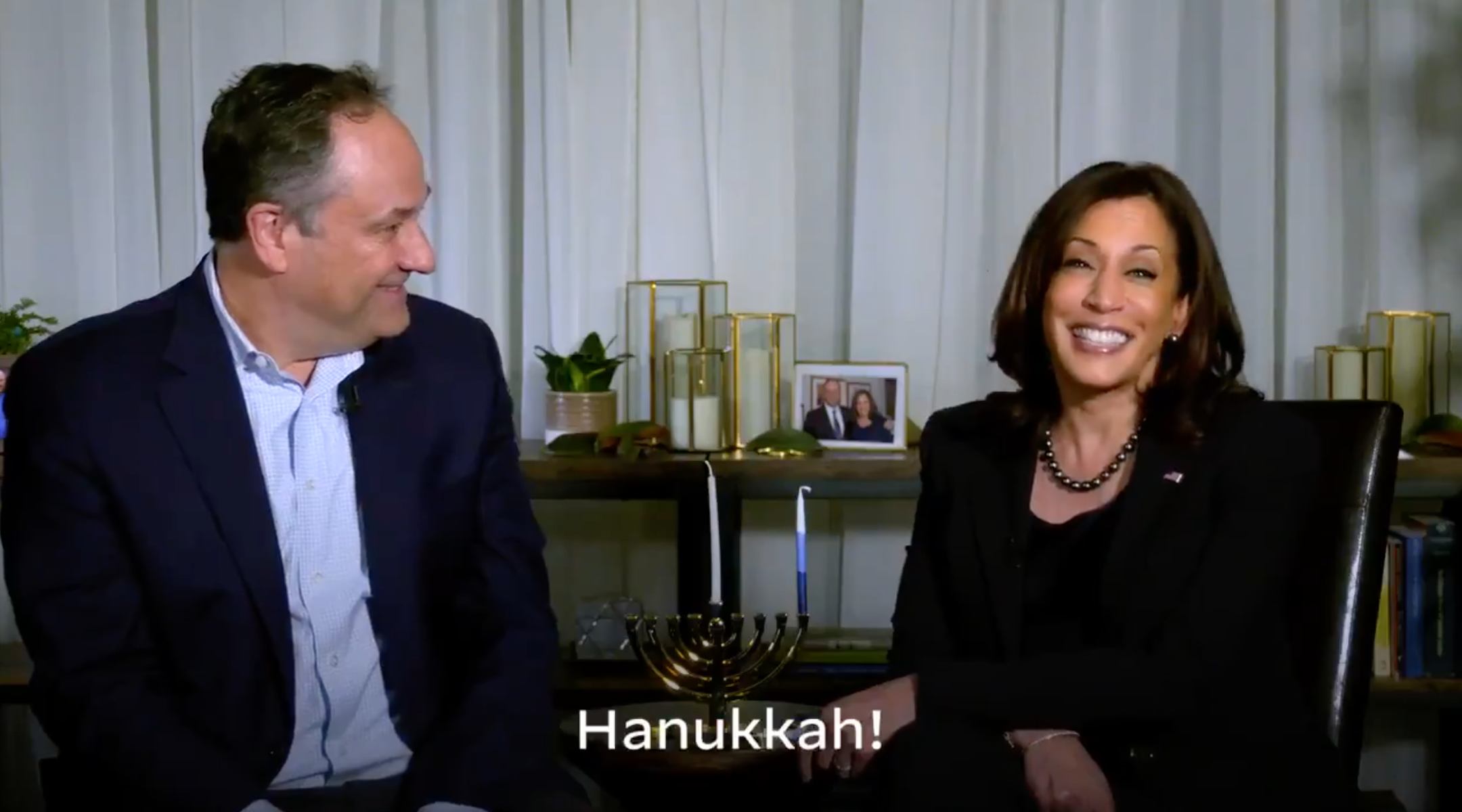 (JTA) — 2020 has one thing going for it: This year’s Hanukkah messages from top U.S. leaders were ample, and for the first time included a Jewish family member.

In a video posted to social media, future second gentleman Doug Emhoff sent his wishes for the Festival of Lights alongside Harris, who called Hanukkah one of her favorite holidays.

“We’re here to talk about one of our favorite holidays in our big, modern family,” said Emhoff, who is Jewish.

Hanukkah is one of our favorite holidays — and a reminder to spread the light at a time when we've never needed it more.

From our big, modern family to yours, happy Hanukkah! pic.twitter.com/KbkisZooCO

“It is a celebration of tikkun olam, which is about fighting for justice and fighting for the dignity of all people, and it’s about rededication,” Harris said, using the Hebrew term for “repairing the world.”

“We know things look a little different this year, but we hope these next eight nights are filled with family, love, and light. Chag Sameach!” he wrote.

As Hanukkah begins, Jill and I send our warmest wishes to everyone celebrating in the United States and around the world. We know things look a little different this year, but we hope these next eight nights are filled with family, love, and light. Chag Sameach!

Trump posted his Hanukkah message on the White House website.

“The candle-lighting tradition that began over 2,000 years ago is rooted in perseverance and faith — two virtues that are indicative of the Jewish culture and the Jewish faith,” Trump said.

The statement also touted Trump’s accomplishments on Israel, including normalization agreements between Israel and several Arab countries. The White House announced yet another deal, between Israel and Morocco, earlier on Thursday.