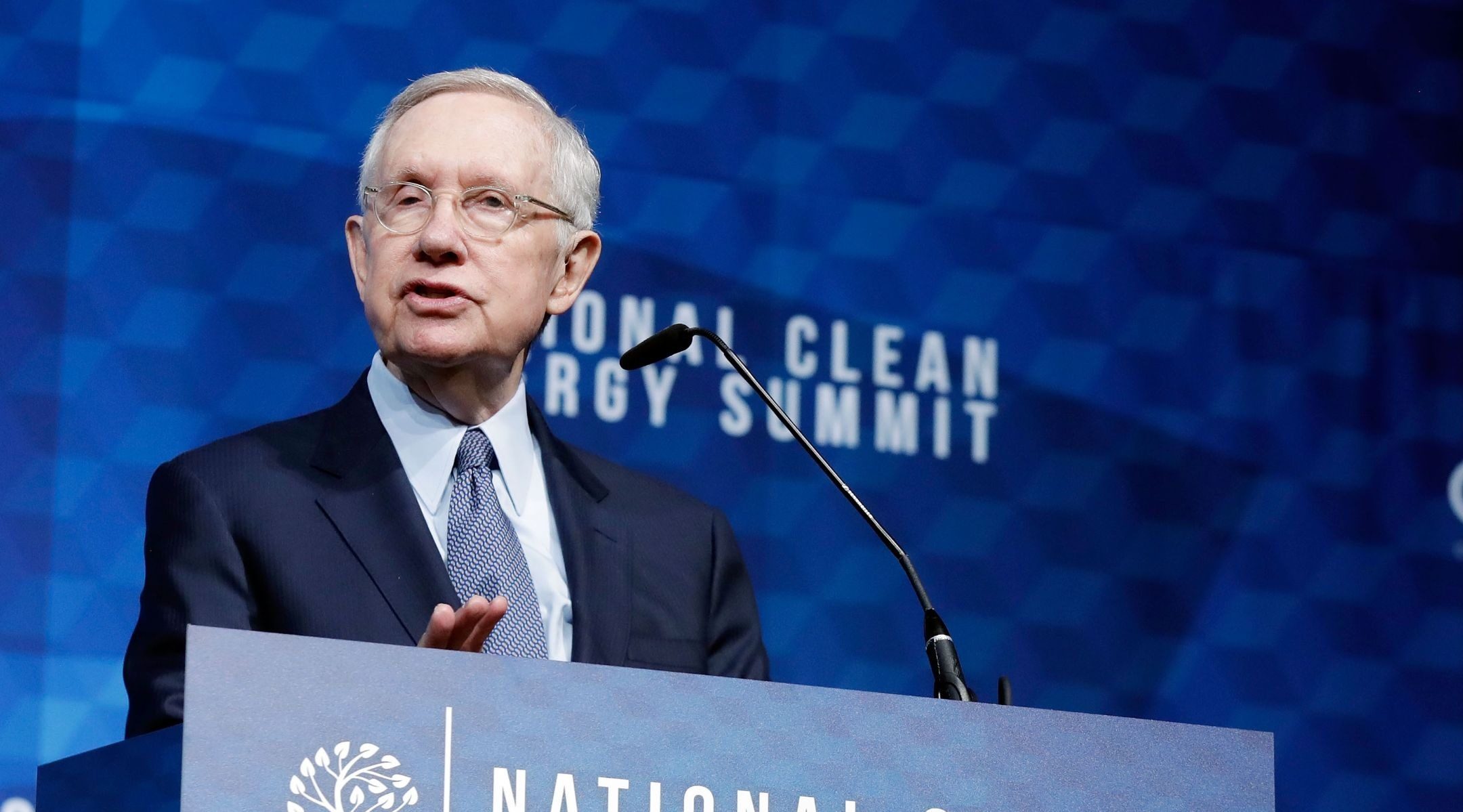 LAS VEGAS (JTA) — Harry Reid, the last Democratic majority leader in the U.S. Senate, is alarmed by the rise of anti-Semitism and says it’s time to stop searching for people to blame.

“To think that this issue is back now is really hard to accept,” Reid, D-Nev., who retired in 2017, told The Nevada Independent in an interview posted Friday.

Reid’s wife, Landra, is the daughter of Jewish immigrants. He said he was alarmed recently when he saw a photo of someone bearing a swastika sign at a recent Nevada campaign event for Sen. Bernie Sanders, I-Vt., who is running for president and who is Jewish.

“What the Bernie Sanders swastika event did, proved to me that I was absolutely right in what I was urging, to start talking more openly about hate and how we have to understand how a large part of that hate is anti-Semitism,” he said.

The Independent asked Reid to comment particularly on recent statements by Rep. Ilhan Omar, D-Minn., perceived to echo anti-Semitic slurs, and the record of President Donald Trump’s associations with white nationalists and his own comments seen as playing into anti-Jewish stereotypes.

“One of the reasons we have so much hate is people are passing blame and trying to make this a partisan issue. I refuse to do that,” Reid said. “I don’t think anti-Semitism is anything caused by Democrats or Republicans. I think it’s an issue that Democrats and Republicans and independents need to join hands and do everything we can to wipe it out.”

Reid is hosting an event on anti-Semitism this week at the University of Nevada-Las Vegas.

He was the majority leader until the Republicans took the Senate in 2014, and remains a force in Nevada politics. It was on his say so that Jacky Rosen, a former synagogue president, got Nevada’s Democratic nomination last year for the U.S. Senate. She won.