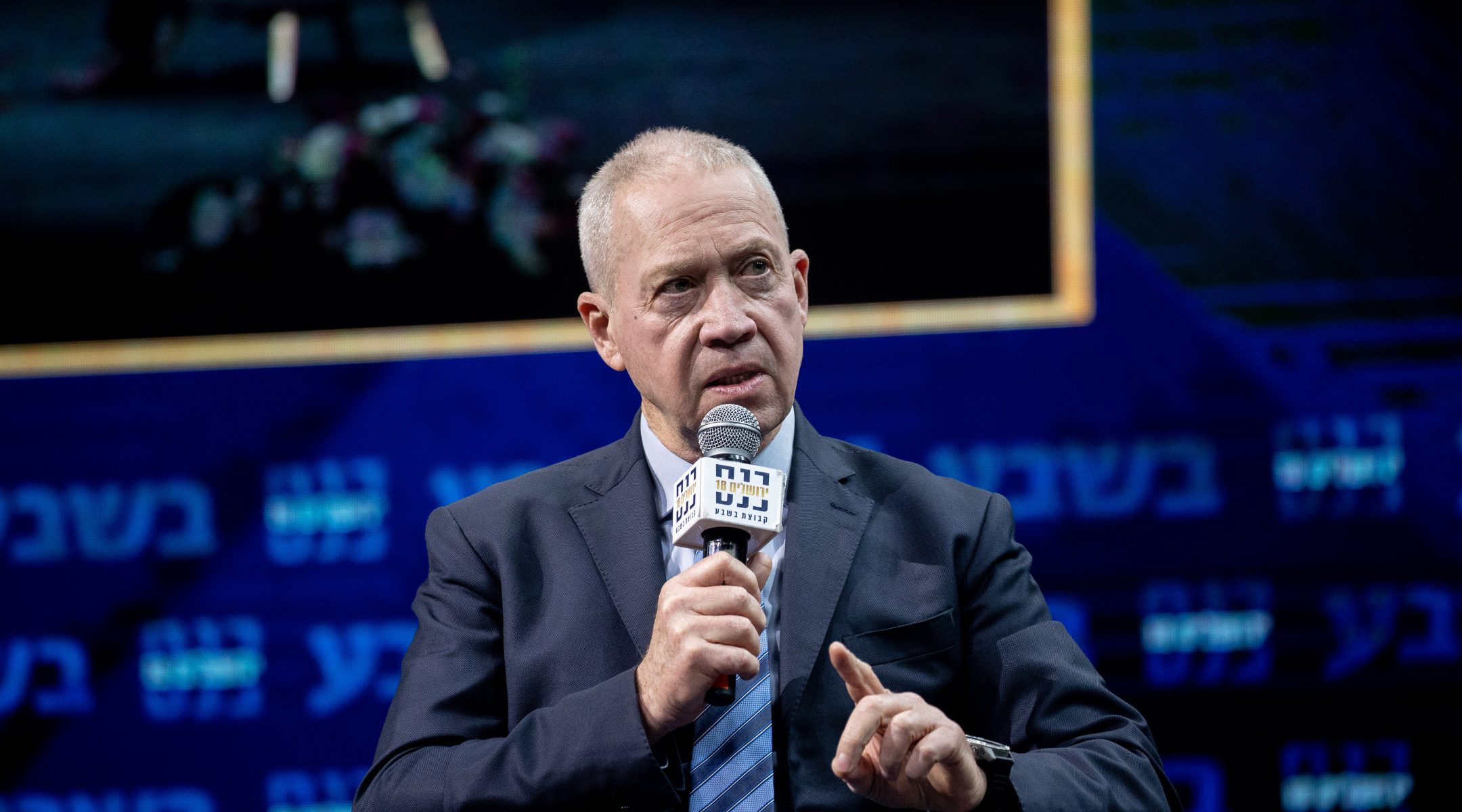 Israeli Minister of Education Yoav Galant at the annual Jerusalem Conference of the 'Besheva' group in Jerusalem, on March 15, 2021. (Yonatan Sindel/Flash90)
Advertisement

A panel of judges nominated Oded Goldreich, a professor of computer science at the Weizmann Institute,  for the honor by a panel of judges because of his accomplishments in his field.

The country’s education minister, currently Yoav Gallant, signs off on Israel Prize selections as a formality. But Gallant balked at honoring Goldreich, a political liberal and critic of Prime Minister Benjamin Netanyahu.

The professor was among hundreds of academics who signed a letter last month calling on the European Union to deny funding to Ariel University, an Israeli university located in a West Bank settlement. And critics of Goldreich said he supported the movement to boycott, divest from and sanction Israel, known as BDS, a charge that Goldreich denies, according to the Associated Press.

The Supreme Court ruling gave Gallant 30 days to justify his decision not to give Goldreich the Israel Prize.

In a tweet Friday, Gallant said he would evaluate whether Goldreich’s denunciation of the BDS movement was sincere before making a final determination. “Those whose hearts … are not dear to the State of Israel do not deserve the Israel Prize,” he said.

Goldreich said he was being penalized for his liberal political views. And in a letter released Friday, a group of Israeli university presidents decried the Supreme Court decision, saying it would muzzle free speech.

“Denying a person a prize due to their political beliefs contradicts the basic principle of the Israel Prize and severely harms free speech and free thought,” the letter said, according to the Times of Israel. “Your decision creates the difficult impression that only those who ‘toe the line’ will be rewarded, and anyone who dares express a political opinion outside of the consensus will be punished.”

Even if Gallant decides ultimately to sign off on the prize judges’ recommendation, it will be too late for the ceremony, which takes place on Israel’s Independence Day this week. Instead, Goldreich is scheduled to be recognized in an alternate ceremony at the Weitzmann Institute, where he will accept the prize statue awarded previously to a leading computer scientist there.