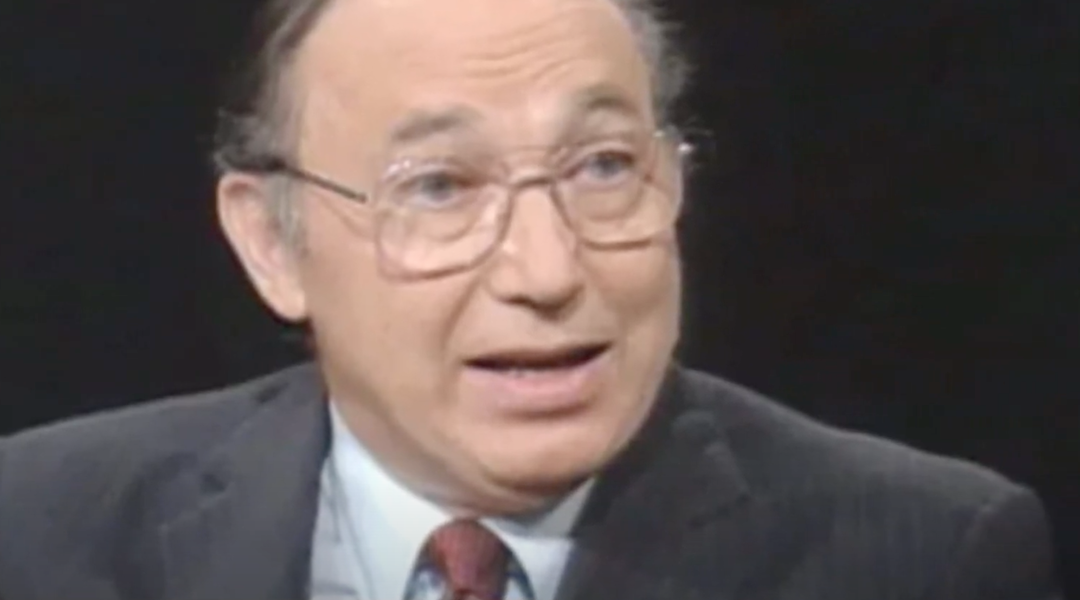 (JTA) — Hershel Shanks, the one-time publisher and editor of Moment magazine and a powerhouse in the popularization of biblical archaeology, has died at 90.

He died Feb. 5 at his home in Washington, D.C., from COVID-19, his daughter told The Washington Post.

An attorney by training, in 1975 he started Biblical Archaeology Review, a Washington-based magazine that reached more than 250,000 subscribers at its peak in the early 2000s. The magazine took scholarly works on Middle East history and archaeology and adapted them for a popular audience with titles like “Did a Rolling Stone Close Jesus’ Tomb?” and “What We Don’t Know About Moses and the Exodus.” Readers ranged from devout Jews to evangelical Christians.

Shanks and the magazine’s affiliated Biblical Archaeology Society also played an advocacy role in the field itself, especially in leading a successful campaign to “free the Dead Sea Scrolls” from a small circle of scholars that had exclusive access to the ancient Jewish religious manuscripts found in the Judean Desert.

In 1987 Shanks bought Moment, a bimonthly magazine of Jewish ideas and opinions that had been founded 11 years before by Elie Wiesel and the writer Leonard Fein. He ran the magazine until 2004.

Shanks was the author or editor of more than a dozen books on biblical archaeology and other topics, and also founded two other magazines, Bible Review and Archaeology Odyssey.

In a 2015 essay he reflected on the sabbatical year he took in Israel in 1972 that inspired him to launch Biblical Archaeology Review.

“When our extraordinary year in Jerusalem was over, we came back to the States, and I returned to practicing law. But I wanted to maintain some connection with Israel. We felt part of the community,” he wrote. “I didn’t want to go back now simply as a tourist, with nothing to do but see sights we had seen before and say hello to old friends. I wanted some business in Israel.”