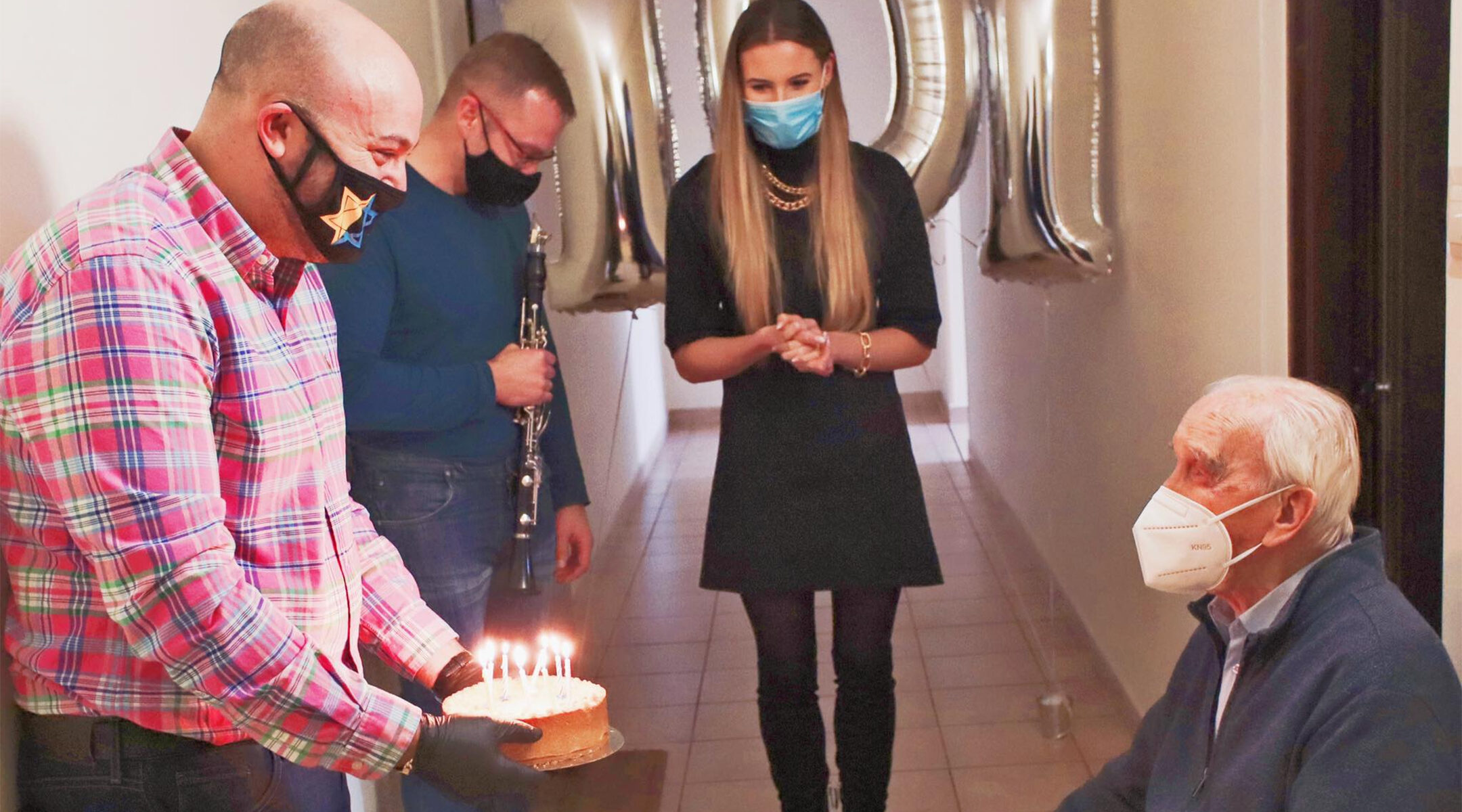 Jozef Walaszczyk, right, receives a cake on his 101st birthday in Warsaw, Poland on Nov. 12, 2020. (From the Depths)
Advertisement

(JTA) — Dozens of people from 49 countries delivered filmed greetings to a Polish rescuer of Jews on his 101st birthday.

Jozef Walaszczyk watched the 25-minute video of greetings at his Warsaw home on Friday on a tablet provided by From the Depths, a non-profit Holocaust commemoration group. One of the greetings was from Eddie Jaku, a German-born survivor of the Holocaust now living in Australia.

“I was in Auschwitz. I am 100 years old. I wish you, on your 101st birthday, good health. Enjoy the rest of your life the best you can. I’ll do the same. It’s very nice to find a man like you, who has done so much good,” Jaku said.

Kem Banda and Imano Disi, professional singers from Zambia, sang happy birthday to “celebrate the life of Mr. Josef,” as one of them said.

The greeters had answered an online appeal for video messages.

Walaszczyk was also treated to a live concert by pop star Izabela Szafranska and musician Przemysław Skałuba at his home. Szafranska altered the traditional Polish birthday greeting, switching a line wishing that he live to 100 to 200.

Birthday candles had to be extinguished by hand because masks prevented blowing them out.

Walaszczyk rescued his Jewish girlfriend and 50 others during the Holocaust. He also fought the Germans as part of the underground, smuggling allied troops across borders.