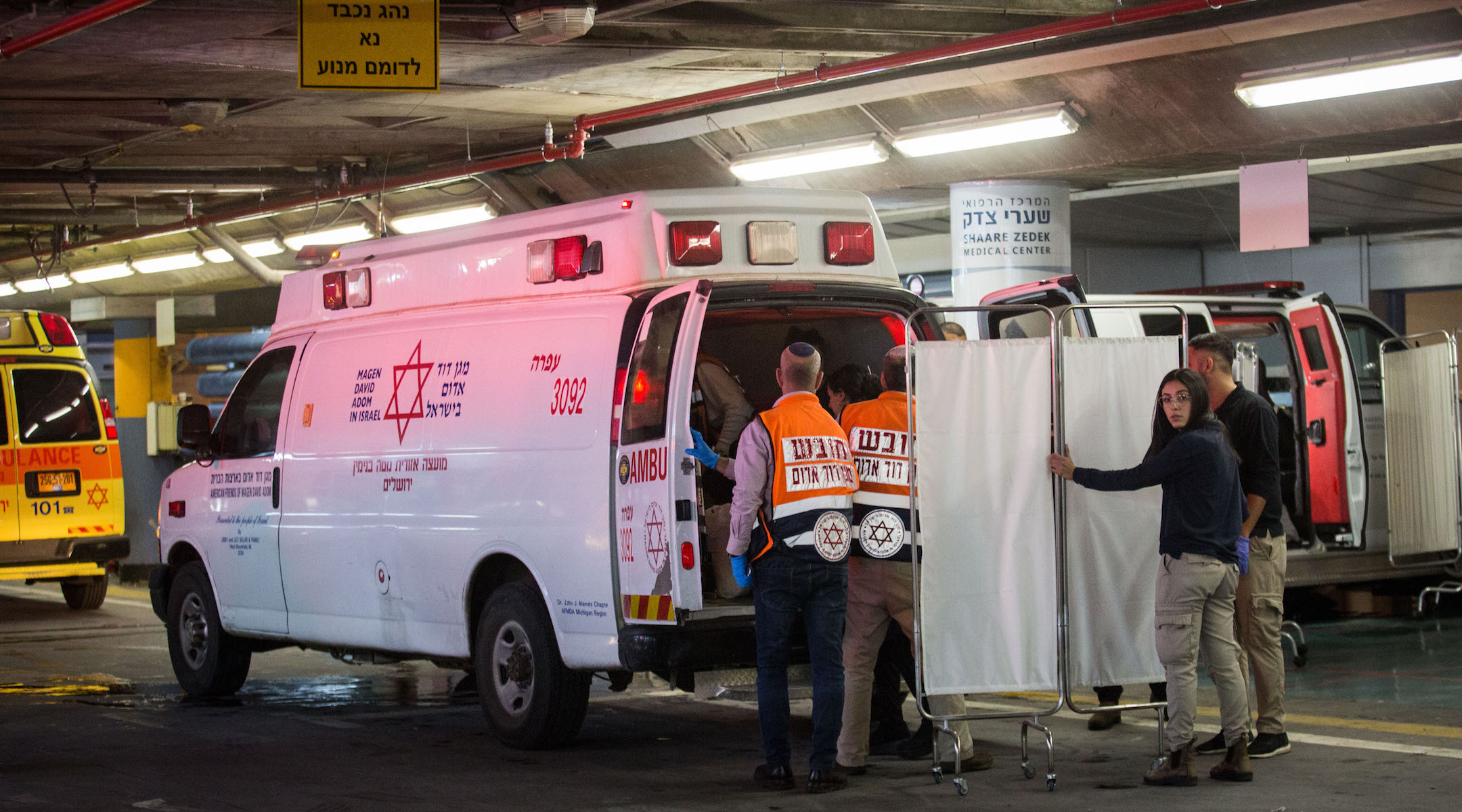 Israeli security and medical personnel evacuate an Israeli woman from the ambulance at the Shaarei Tzedek Hospital in Jerusalem after she was was seriously injured in a terror attack outside the West Bank settlement of Ofra, Dec. 9, 2018. (Hadas Parush/Flash90)
Advertisement

JERUSALEM (JTA) — Israeli troops razed the home of a Palestinian man accused of being the gunman in a West Bank attack that injured seven, including a pregnant woman whose baby died.

The apartment of Saleh Barghouti  in the West Bank village of Kober, near Ramallah, was demolished early Wednesday morning, according to the Israel Defense Forces.

Hamas praised Barghouti as a “heroic martyr” and claimed credit for the attack. He was shot and killed after firing on Israeli troops while trying to evade arrest three days after the Dec. 9 attack at a bus stop outside the Ofra settlement.

His brother, Asem, who reportedly was in the car and assisting during the Ofra attack, is accused of carrying out a shooting attack four days later at  a bus stop outside the Givat Asaf settlement that killed two soldiers and seriously injured a third, Netanel Felber, a dual American and Israeli citizen from Silver Spring, Maryland, who remains in a coma. Asem Barghouti’s home, in the same village, was razed last month.

The IDF tweeted a video clip of the demolition.

In Dec 2018, Salih Barghouti carried out a shooting attack in Ofra Junction, killing a baby and injuring 7 others.
This morning, we demolished his residence.

We will continue to fight terror. pic.twitter.com/6Ev9oaWDPL