Hundreds in Ukraine attend marches celebrating Nazi SS soldiers, including in Kyiv for the 1st time 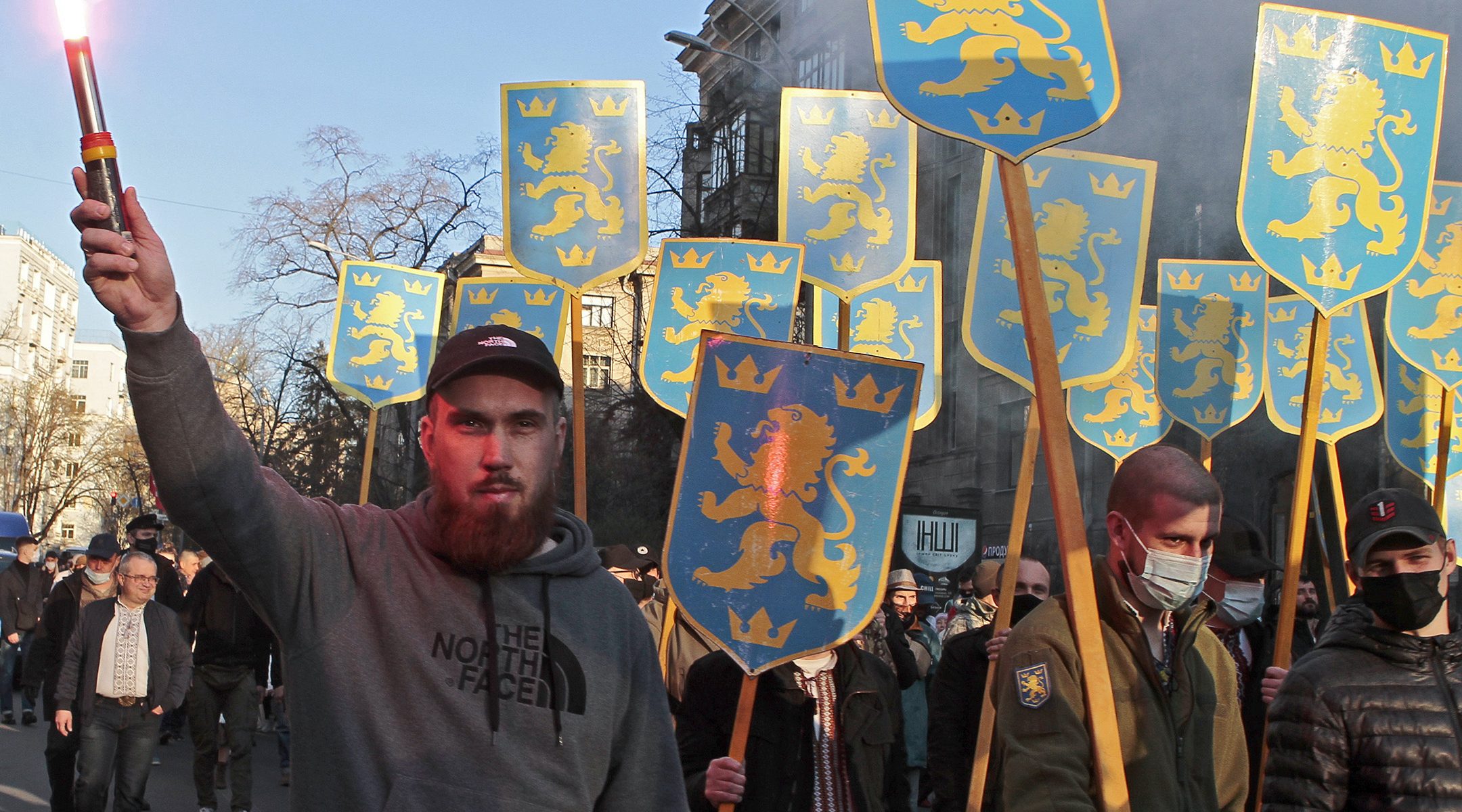 Marchers hold up the symbol of the 14th Waffen Grenadier Division of the SS in Kyiv, Ukraine on April 28, 2021. (Anna MarchenkoTASS via Getty Images)
Advertisement

The so-called Embroidery March took place in the capital on April 28, the 78th anniversary of the establishment of the 14th Waffen Grenadier Division of the SS, also known as the 1st Galician. It was a force set up under German occupation auspices comprised of ethnic Ukrainian and German volunteers and conscripts. The marchers held banners displaying the unit’s symbol.

The Kyiv march by about 300 people was an import from the western city of Lviv, which for several years has hosted such events. A day earlier, hundreds attended a larger Embroidery March there.

Ukraine has a large minority of ethnic Russians, who oppose the glorification of Nazi collaborators. Such actions were taboo in Ukraine until the early 2000s, when nationalists demanded and obtained state recognition for collaborators as heroes for their actions against the Soviet Union, which dominated Ukraine until 1991.

Israel’s Foreign Ministry and Ukrainian Jews, who according to a 2020 demographic study number about 47,000, have protested the veneration of the 1st Galician and other collaborators. But the collaborators’ popularity has soared following the 2014 war with Russia.

President Vlodymyr Zelensky, who is Jewish, condemned the embroidery marches, which had been conducted legally.

“We categorically condemn any manifestation of propaganda of totalitarian regimes, in particular the National Socialist, and attempts to revise truth about World War II,” he said Friday in a statement.