Hundreds of Palestinians protest barriers in Jerusalem during Ramadan 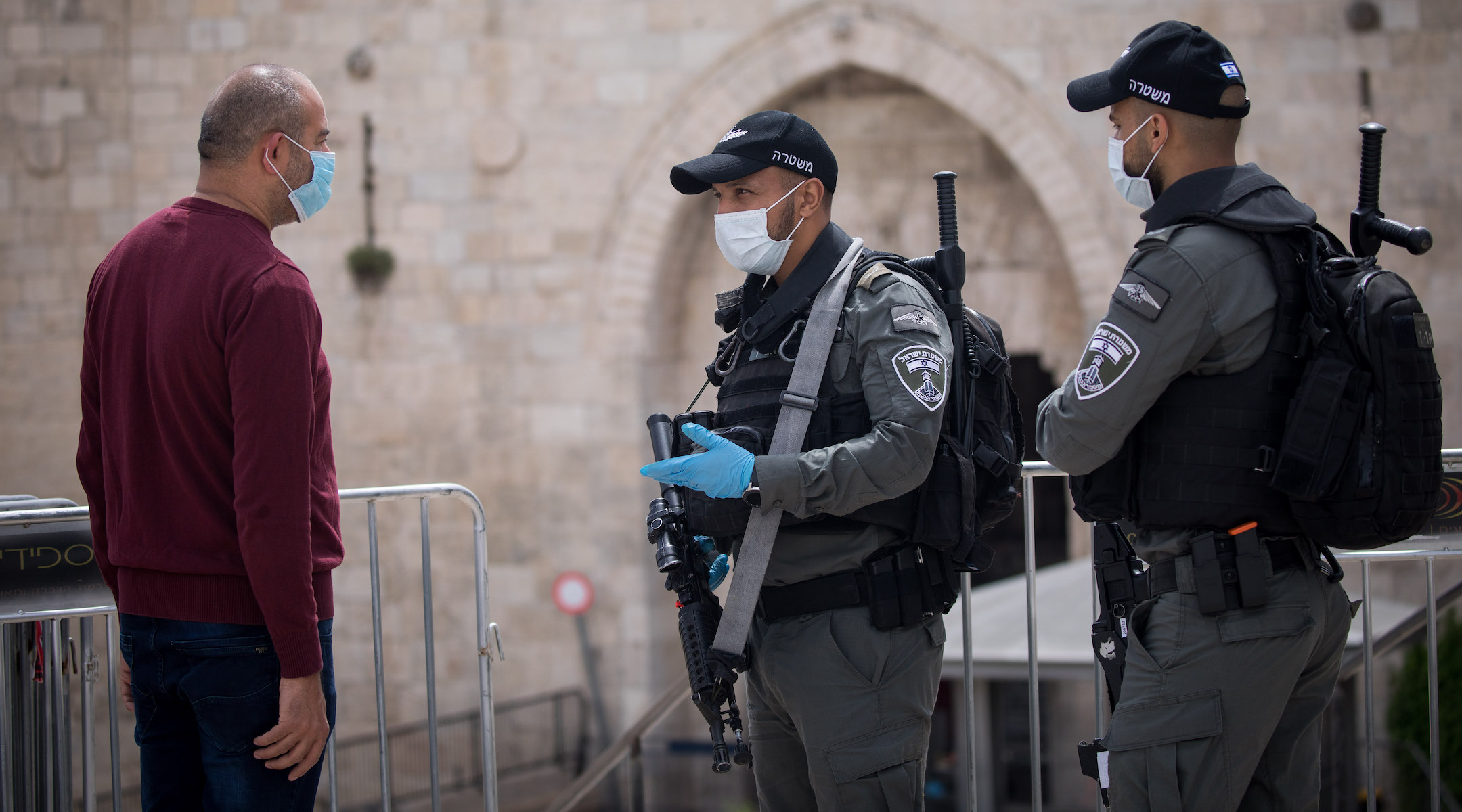 (JTA) — Hundreds of Palestinians have been protesting barriers placed in the Old City of Jerusalem during the Islamic holy month of Ramadan.

The protests have centered around the Damascus Gate, a landmark and meeting point in the eastern section of the city. Palestinians typically sit on and around the steps leading to the gate following nighttime payers during Ramadan, a month of daylong fasts that end at sunset.

This year, police placed barriers on the steps of the gate, effectively preventing people from gathering there. Police said the barriers were erected to ease the flow of crowds in the area, according to Haaretz.

Protests have taken place nightly since last week, when Ramadan began. In the sixth night of clashes with police Sunday, three Palestinians were arrested and four were injured, according to the Times of Israel. Police used water hoses and stun grenades in confronting the crowd. One video circulating on social media shows a police officer striking a person in custody on the head.