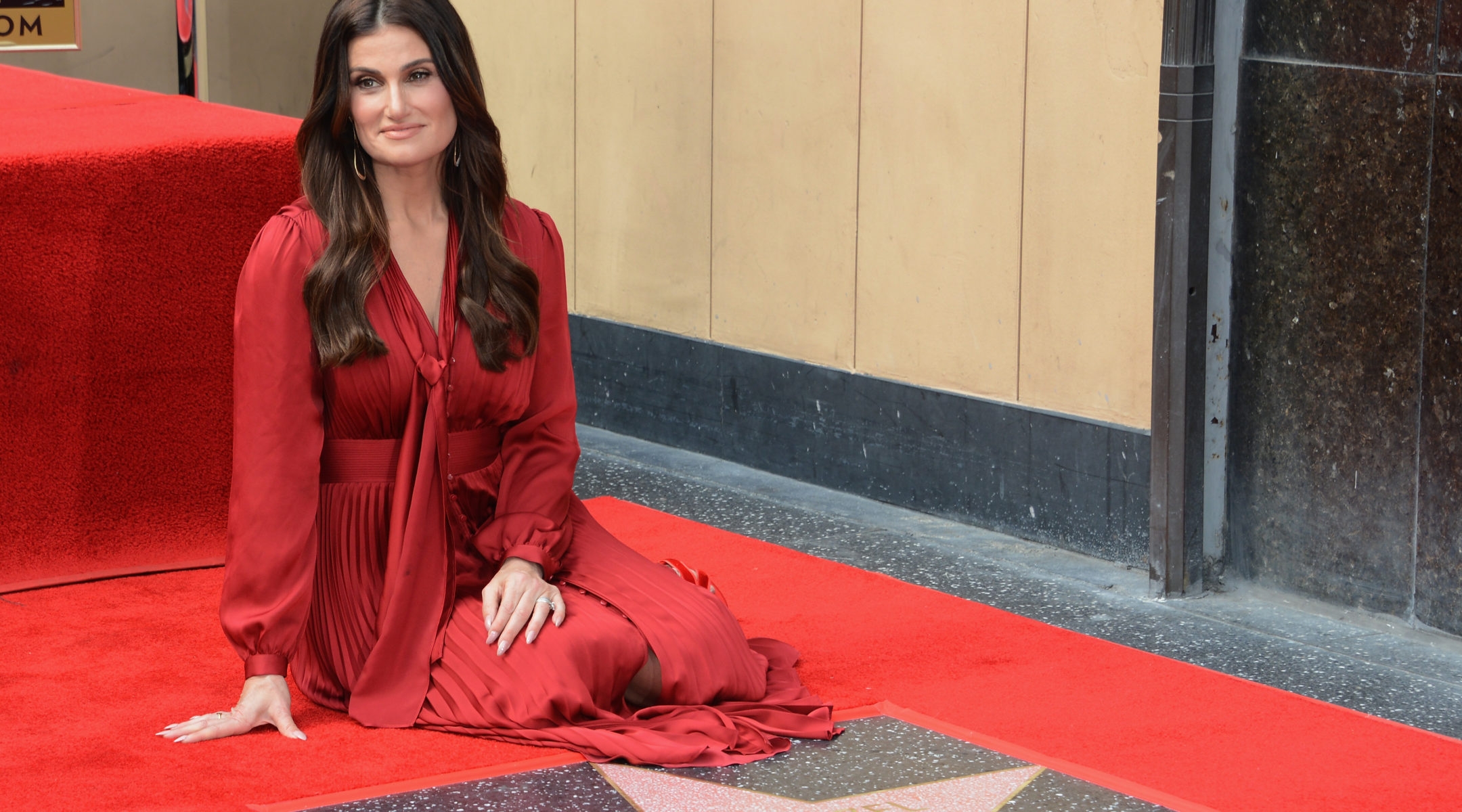 (JTA) — Actress Idina Menzel got a star on the Hollywood Walk of Fame.

The Broadway, television and film star was honored with her star on Tuesday, days before the opening of “Frozen 2,” where she reprises her role as the voice of Elsa.

Menzel was a recurring character on the television show “Glee” and starred in the original Broadway run of “Wicked.”