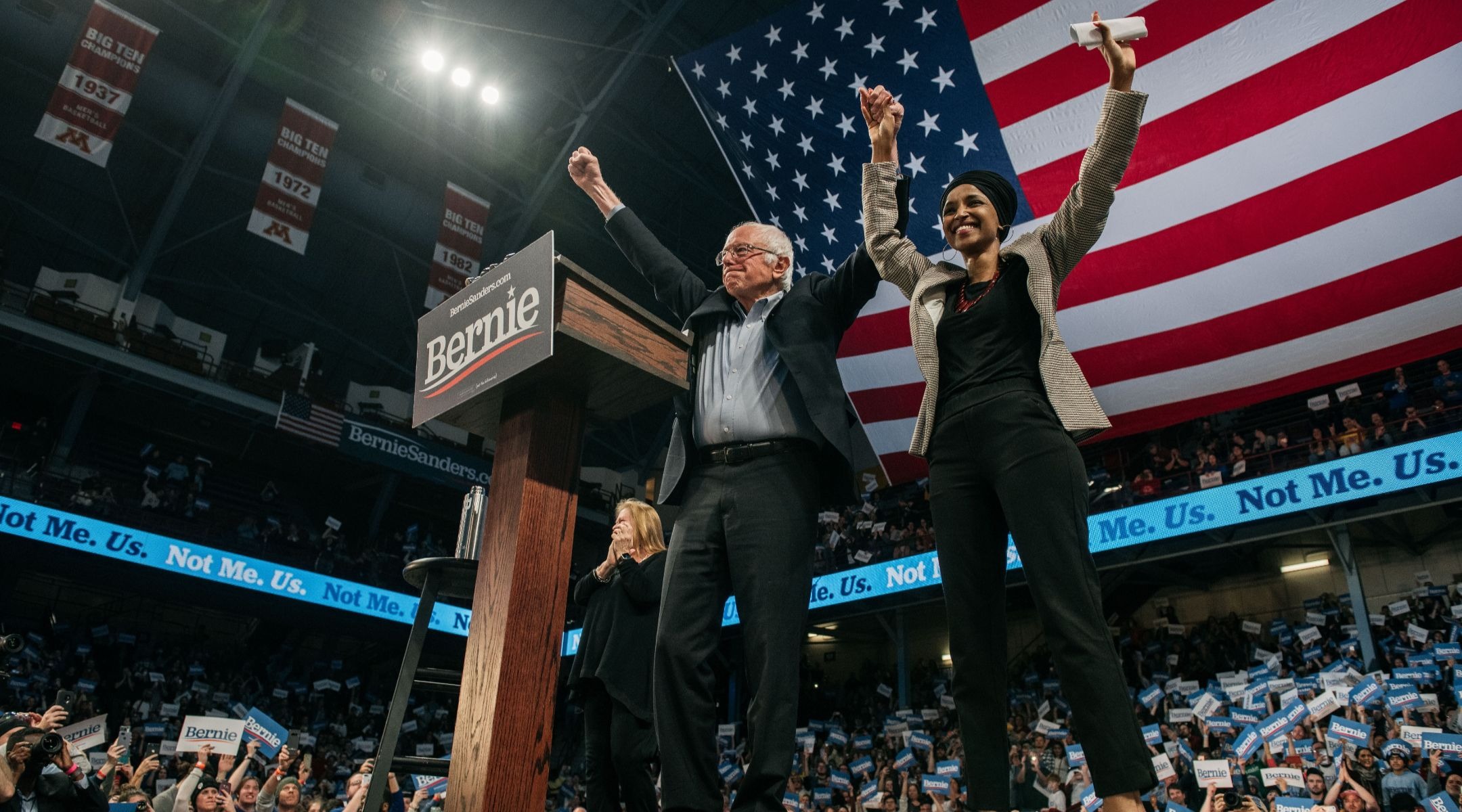 (JTA) — Rep. Ilhan Omar appeared at a rally for Democratic presidential candidate Bernie Sanders in her home state of Minnesota, offering a strong endorsement that noted his Jewishness.

An estimated 10,000 supporters attended the Sunday night event for the Vermont senator at the University of Minnesota.

Omar, also a Democrat, endorses the Boycott, Divestment and Sanctions movement against Israel and is an outspoken critic of its government. The freshman lawmaker has been criticized for using anti-Semitic tropes in some of her  criticism.

Sanders also has been critical of Israel during his campaign and said he would “absolutely” consider cutting U.S. aid to Israel to pressure the its government to change its policy, specifically on settlements.

Omar  in her endorsement at the rally emphasized Sanders’ Jewish faith.

“I am proud to stand with the son of a Jewish refugee who survived genocide,” the Muslim congresswoman said. “The acknowledgment of pain and suffering is personal for both of us. The fight for human rights is undeniable. And when we recognize injustices of the past and present, whether it is genocide against Jewish people, Armenians or Rwandans or Bosnians or Native Americans or more.”

Omar, who came to the United States as a refugee from Somalia, last week voted “present” on a congressional resolution recognizing the Armenian genocide, saying all genocides should be condemned.

“People say that Ilhan and I make an odd political couple. But in fact, there is really nothing odd about it at all,” Sanders told the rally. “Ilhan and I share a common link as the descendants of families who fled violence and poverty, and who came to this country as immigrants. But that is not just my story or Ilhan’s story — that is the story of America.”

Sanders is one of the few Democratic candidates who has worked to reach out to Muslim Americans.