Bernie Sanders: Ilhan Omar is not anti-Semitic, but must do a ‘better job’ speaking to Jewish community 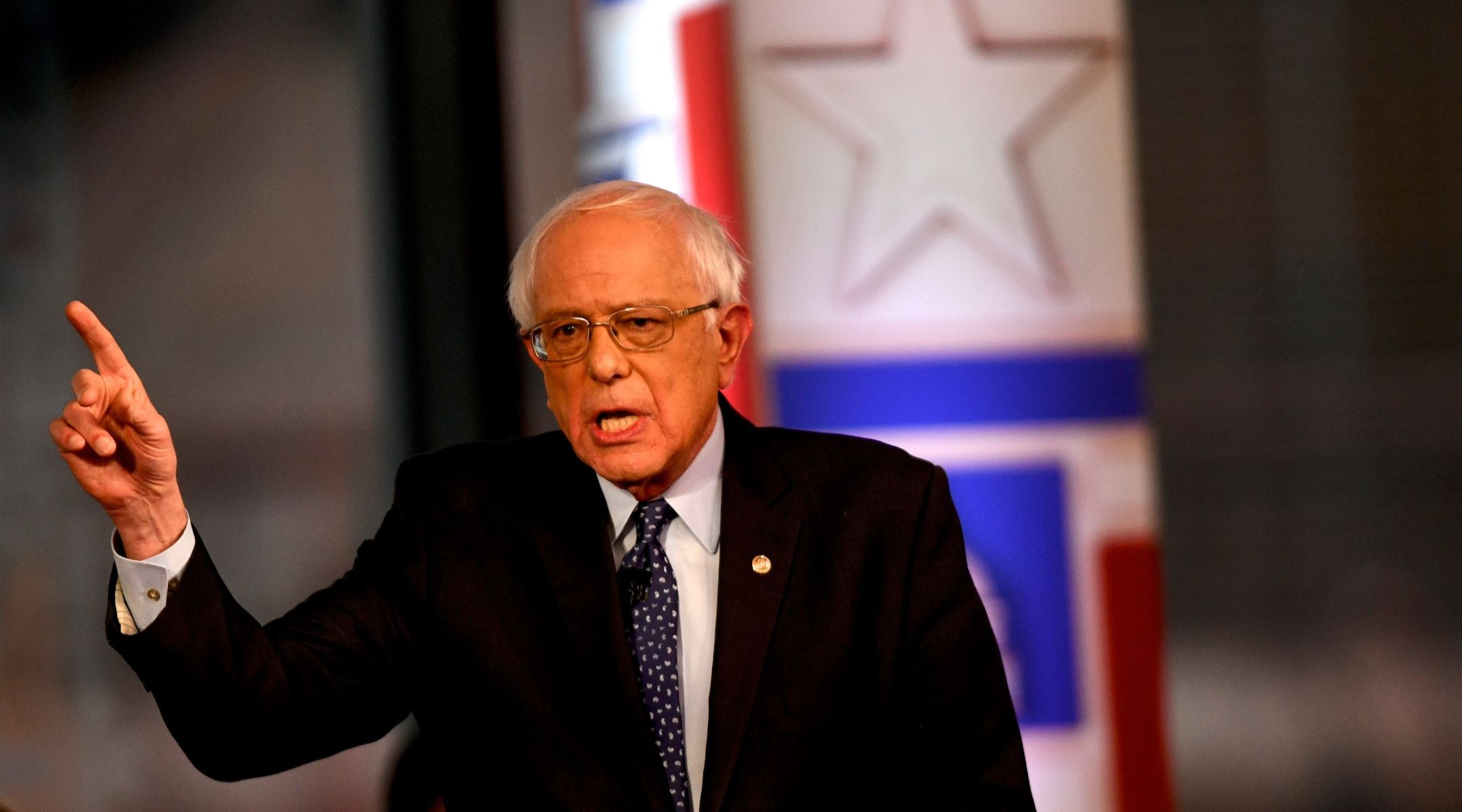 (JTA) — Presidential hopeful Bernie Sanders said that he does not consider Rep. Ilhan Omar to be an anti-Semite, but that the Minnesota Democrat must do a “better job in speaking to the Jewish community.”

However, the Vermont senator distanced himself from Omar, who has angered some Jewish leaders and organizations by repeating anti-Semitic tropes. Sanders refuted moderator Brett Baier’s description of him as a “staunch supporter” of Omar, saying “I’ve talked to Ilhan about twice in my life.”

Sanders, like Omar, has been critical of the Israeli government over its treatment of the Palestinians. He said ahead of last week’s national elections in Israel that he hoped that Prime Minister Benjamin Netanyahu would lose, but that did not happen.

“I will do everything in my power, and I hope that every member of Congress will fight not only anti-Semitism but racism and anti-Muslim activity, so that we create a non-discriminatory society,” Sanders said. “But it is not anti-Semitic to be critical of a right-wing government in Israel. That is not anti-Semitic.”

Sanders would be the first Jewish president if he garners the Democratic nomination and wins the 2020 election.

On Monday, Sanders released 10 years of tax returns, showing that he is a millionaire. He and his wife earned $566,000 last year.